Twitter Facebook Pin It Email Article
Prev Not Actually About Cars Next Teen Dating: It Doesn’t Have To Be Scary 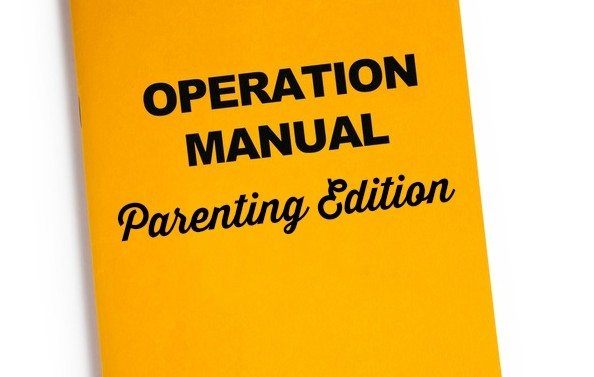 5 Unexpected Life Lessons For My Teens

The older my kids get, the more I tend to think that I’m an old hand at this parenting thing, and nothing will surprise me anymore. I am wrong all the time, though, and this is no exception. I expected to teach my children table manners and how to do their laundry and that life isn’t fair, sure. But some of the other lessons bring me right back to that same mental space I was in when I held a screaming infant and wondered what on earth made me think I could shepherd a human through this life unscathed. Life is hard and messy and ridiculous, and I hope my teens are learning that’s true, but also that it’s sometimes wonderful.

Here’s just a sampling of lessons I found myself wading through recently:

Life isn’t just unfair, sometimes it’s downright cruel about it. I knew—and was ready to field situations wherein—sometimes life just goes the wrong way for the wrong reasons and it hurts. You don’t always get what you want. Sometimes you work really, really hard and someone who didn’t work nearly as hard bests you. “Sure things” aren’t, not always, and both the loss and the surprise of the pain are nearly unbearable. That’s all the stuff of a full life, and it stinks, but we all go through it. I had my arsenal of comfort and advice ready: what doesn’t kill you makes you stronger; you are learning a hard but important lesson here; sometimes the person you are in disappointment is more important than the one you are in triumph; karma is a funny and not always readily-apparent thing. And then one of the kids was passed over for something that was desperately wanted, and we worked through it (mostly while I ached for the disappointment and sadness my kid was feeling), but then the person who nabbed the spot my kid would’ve given anything to have began complaining about how they didn’t even want it. Ouch. Talk about salt in the wounds! After about the hundredth cry of “It’s just not fair!” I had to say, “You’re right. It’s not. It sucks. It’s awful. I wish it was different. But… it’s not. So how do you accept it and move forward? Because right now you’re just making yourself crazy. I get it, I do, but it’s enough. So what do you do now?”

Sometimes winning isn’t all that great. Conversely, the same kid had a situation where there was a pretty big-deal triumph, and initial excitement devolved pretty quickly into drama and angst as other kids who felt disappointed commenced being complete jerks about it. The first time I heard, “I wish I didn’t even get it” I felt a wave of rage and had to check myself before I began speaking. When I did open my mouth, it was to say that I didn’t ever want to hear that again—that to wish away success because other people want to tear you down is its own form of laziness and also disrespectful to the other people who wish they were where you are. “You earned this through working harder than you ever have before, and you should celebrate that success, while still being humble and pleasant and giving no reasonable person any justification to be angry with you. If you start wishing it away, they win,” I said. “You wanted this, you worked for it, you got it, you deserve it. Life is so often unfair; this is a situation where it wasn’t, so don’t you dare turn it into something bad. Hold your head up and keep working hard and being a team player. The ugly stuff will blow over. And if it doesn’t, it says nothing about you and everything about them.”

Unhappy people want to make you unhappy, and they smell weakness. While I never bought the standard “bullies are just jealous” line that was offered to me in my youth, with the benefit of years and experience I can see that bullies are just deeply unhappy. With my oft-picked-on kid, the mantra I never saw myself offering to my children is now a badge and a shield: Do no harm, but take no s***. They pick you because you’re basically happy but obviously imperfect, and that makes an unhappy person crazy. Don’t protect anyone being awful to you, but never, ever be awful in return. The meaner they are, the sweeter you are. Smile as you ask them why on earth they’d say such a thing. When you find yourself feeling angry and/or victimized, really think about what sort of person behaves this way. You don’t know their story, but you know enough to know that they are driven to cruelty, and that’s not something happy people do. Protect yourself. Call them out. But be kind. And then go to those who make you a happier person. Come home and complain to me about it, and/or report them at school, but don’t let them see they’re getting under your skin. Feel sorry for them. Don’t feel sorry enough to let them hurt you, but sorry enough to realize that this has absolutely nothing to do with you.

Phones are for calling and texting! We recently had a situation where one of the kids was out late and had a low battery, so said kid made the brilliant decision to put the phone in “airplane mode.” Um. Yeah, that meant that as it got later and later and we began calling and texting, the phone appeared to be dead and we didn’t know where the kid was or when they might be arriving home. Was there a very long lecture about how Clash of Clans and Instagram notifications are actually not as important as your parents being able to reach you? Yep. This phone is a communication device for which we pay a lot of money. Adjust your behavior accordingly, kid, because the next time you’re unreachable like that will be the end of both your phone and your adventures out of the house.

People are not psychic, no matter how much you wish they were. I don’t know why both of my teens seem to believe that people can read their minds, and then if their wishes are not adhered to, it must be a deliberate slap in the face. (Is this a feature of teenhood? I don’t remember being this way.) My daughter wanted my son to join an activity with her, and decided to communicate that via “You should do it, it’ll look good on your resume.” Well, my son doesn’t really care about that, and had several reasons why he didn’t feel like it, so he declined. She got mad at him, and he got mad at her, and it was a mess. It took a full week for me to suss out that she really wanted him to do it with her because it’s her last year of high school and she thought it would be fun for them to spend some more time together before she leaves for college. She never said that to him, but of course was angry that he’d “rejected” her. And once he was told that she was actually asking because she wanted him there, he changed his mind. Problem solved! It turns out that telling people what you want and why is sometimes effective!

Have you found yourself teaching some unexpected life lessons (otherwise known as “conspicuously absent from the parenting manual”) to your mostly-grown kids? (It’s sort of the teen version of “I never knew ‘we don’t lick walls‘ was something I’d have to say.”)