Twitter Facebook Pin It Email Article
Prev Car Seat Confessions: 10 Things You Might Not Know About Keeping Kids Safe Next When Should My Toddler Sleep With a Pillow? 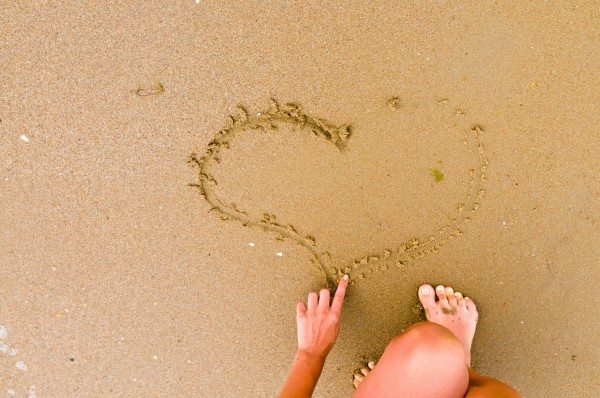 The Line in the Sand

I have been eating my words for a long time.  Almost 16 years.  There are few things left to which I say “never” and admittedly most of those things have the words “as long as you are a minor and living in my house” preceding the word never.

There is a reason why the idiom is the line drawn in the sand, and not say, the line carved in concrete.  Sand moves.  It takes the line and distorts it.  Erases it.  Eradicates it.  Sometimes you forget you even had  standards a line.

Some of what has happened for me as parent over the years is redefining what actually matters, not getting as caught up in the small things, and choosing my battles wisely.   I recognize that the line I hold in the sand today might not be recognizable in a few years.  But at the heart of all the rules there is a line in the concrete that will forever hold fast.

I used to refuse to buy any of it.  Ever.  In fact, my brother-in-law once gave my oldest son Honey Nut Cheerios and I was annoyed for days. DAYS.

Fast forward to today, there are currently five different types of breakfast cereal in my pantry.  Four of them fall into the sugary junk food category.  The fifth is the kind that parents who buy the sugary cereal think of as “healthy,” but it really isn’t.

My current line in the sand: cereal that has “cookie” in the name, contains chocolate, or marshmallows.  My children think this is cruel and have all sorts of plans to eat these types of cereal as soon as they go to college.

My carved in concrete line: 5lb bag of sugar with spoons sticking out the top.
I can say with all certainty I will never serve that for breakfast.  And I feel comfortable with that proclamation.  We will always have bowls.

I fully expected that my children would never curse.  That is for lazy people who take the easy way out and rely on shock value rather than words that actually convey what they mean.

Then I had children.  And well, sometimes you just need a good curse word to properly convey the enormity of the emotion you are feeling.

My five year old had the following conversation with his friend the other day:

They nod knowingly at each other and go on with their playing.

That is pretty much my current line in the sand these days.

My line in the concrete?  Name calling, with or without curse words.

My children were never going to wear clothes with licensed characters on the them.  I just thought they were so garish and poorly made.  And did I mention garish?  Whoever designs those clothes needs to learn that less is more.  Every item of clothing does not need to contain every color in the rainbow.

Today I think all of my kids at one time have had clothing with licensed characters on them.  To include my 15 yr old son who currently has an Elmo shirt.

My current line in the sand:  tight skinny jeans on boys.  It helps that none of my sons actually want to wear this look, preferring instead to wear shorts so long and baggy they look like overgrown toddlers.

My line in the concrete: light up shoes.**

* I am assuming he meant “butt”
** Ha!  I was just reminded that my daughter owned a pair of light up sandals that were Disney Princess themed.  Clearly I have no standards when it comes to my children’s choice of clothing  and my line in the concrete is you must not be naked.

So tell me, do you have a line in the sand that you think you will never cross?  What about carved in concrete?  or were you just one of those smart parents right from the beginning who has never had to evolve or change their ideas on anything?