Twitter Facebook Pin It Email Article
Prev If Kids Can Be Banned from Restaurants, These People Should Be, Too Next Motivating Meals 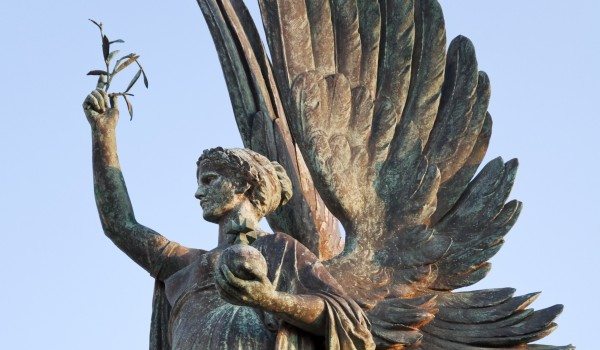 The Kids Aren’t All Right

I grew up in the middle child of three sisters.  Now that we are all adults with children who live in different cities,we don’t see each other as much as we should, and some pretty serious issues amongst the three of us have cropped up in the last few years, since our dad passed away. However, we have managed to keep it relatively civil for our kids, who love their cousins and enjoy spending time together, despite fairly large age differences between them.

To get to the point, my older sister has five kids, and two of them recently reached major life milestones – the oldest graduated from college, and the second graduated from high school. I attended both events because I live close enough to my older sister that I could drive to the city my oldest niece attended college in and to the city where my older sister and her family live and could make them both quick weekend trips. In addition to making two trips (which I was more than happy to do – my nieces are wonderful girls and I am so proud of them!), I also got both girls gifts to commemorate this important occasion (they both sent me very nice thank you notes).

However, earlier this week my older sister confided to me that our younger sister has yet to acknowledge the graduation of either daughter, even though she received graduation announcements and party invitations for both girls and even bought the plane ticket for our mom to attend (my older sister even went to the trouble of sending her information about activities for her kids in that city – they are younger than mine and my older sisters’ kids).  My older sister told me that in addition to her own feelings being hurt, her daughters have both told her that their feelings were hurt by a relative they adore and that they think the issues amongst the three of us triggered my younger sister’s ignorance of their major life milestones.

I know this is technically an issue between my younger sister and my nieces, and that I shouldn’t be a “Butt-inski”, but, in this situation, I feel like, someone needs to say something.  It drives me crazy that my younger sister just ignored my nieces like that.   I know we have our own issues amongst ourselves, but why should our children get hurt?  If it was a question of money, then my younger sister could have fired off a couple quick e-mails, rather than completely ignoring what was happening.  Even a b****y, passive-agressive e-mail, like the kind she sends my older sister and I when she feels like it would have been better than nothing. I think that something amongst the three of us needs to change, especially considering that my older niece has a serious boyfriend who I think she will get married to sooner rather than later(I was surprised they didn’t get engaged at their graduation, but that’s a whole other story). I want to resolve this issue for my nieces, as well as the rest of the family so that my kids and my nieces and nephews don’t have their relationships with any of their relatives destroyed by petty behavior on one of our parts.

Forgive me if I’m completely misreading this, but:
“our younger sister has yet to acknowledge the graduation of either daughter, even though she received graduation announcements and party invitations for both girls and even bought the plane ticket for our mom to attend.”

Emphasis mine. But…your younger sister paid for a plane ticket so your mom — your nieces’ grandmother — could attend the graduation events? And yet this somehow doesn’t count as an acknowledgement…or as a gift in and of itself? Because…I dunno, that sounds like a really nice thing to do for both your mom AND your nieces, so I’m wondering if I’m missing something here.

Sure, it wouldn’t have hurt to have also sent a card. Or called. Or…I don’t know what kind of acknowledgement your nieces and older sister would have felt was appropriate and necessary on top of the plane ticket, which from the neutral ground over here, really strikes me as “counting” as a gift. Why, when your nieces brought up their hurt feelings to your sister, didn’t she point out that “well, Aunt Younger maybe isn’t the best about sending cards or making phone calls, but she DID make it possible for Grandma to be here for your parties, even if she couldn’t”?

You reference a lot of non-specific “issues” between the three of you, so I’m wondering if the slightly disproportionate amount of anger you’re directing at your younger sister over this situation is simply because you’ve just had ENOUGH of the issues and are kind of…looking for an excuse to bring things to a head and get everything out in the open with a good old-fashioned confrontation about things that are not actually about this particular thing? That’s not necessarily a bad instinct, to feel like enough is enough, let’s deal with this already because our problems are hurting people beyond the three of us. You say you guys have managed to keep it “relatively civil” for the sake of the kids, but clearly your nieces are aware of the problems and basically called you guys out on it, by suggesting that it’s your collective fault their feelings got hurt at graduation time.

(Even though…again…SHE BOUGHT GRANDMA A PLANE TICKET. THAT COUNTS AS A GIFT.)

But! Point is. Your kids know that their moms and aunts don’t get along. That sucks. That’s not the kind of example you guys probably want to be setting. So, it’s high time to fix things, but not with a passive-aggressive email or with SO. MUCH. ANGER. towards your little sister for this terrible, hurtful snub that I’m still a little confused about. Even if that sentence about the plane ticket was a complete mistype and she only pitched in a third of the cost or didn’t pay for any of it but was simply the one who booked the reservation or whatever: It’s not fair to pick a fight with someone over ONE THING when you are really angry with them over ANOTHER THING. That person deserves to know what they’re really defending themselves against (i.e. “you didn’t acknowledge the girls’ graduation” vs. “you did X, Y and Z when Dad died and you send us bitchy emails all the time and are letting your anger at Older Sister get in the way of your relationship with your nieces and I’m scared my own kids will get hurt next.”).

I don’t know just how deep your problems with your sisters go — whether this is a situation that requires family therapy or mediation or just a girls’ weekend where you all agree to drop the anger over specific slights and pettiness (from ALL sides) and admit that hey, this relationship is broken, let’s fix it. We can do better than “relatively civil.” That’s for you three to figure out. I’d just suggest you focus on fixing the bigger, messed-up picture than focusing just on this one incident, which will inevitably just lead to finger pointing and blame and not much else. I mean, it’s certainly emblematic of the underlying problem (Our Fight Is Affecting Our Kids), but it’s probably not The Problem.

And one last thing, just in case I do have it all wrong about the plane ticket and your sister really did just completely screw up big time: That sort of thing happens. Even in the happiest, most close-knit of families. We let each other down. We disappoint each other. We mess up and forget birthdays and let our own personal drama interfere right at the moments when our family members were counting on us to be there for them.

But then, most importantly, we forgive each other.