Twitter Facebook Pin It Email Article
Prev Why Are So Many More Teens “Gender Fluid” Now? Next Spaghetti and Meatballs (Meals Kids Should Know How to Cook Before Leaving Home) 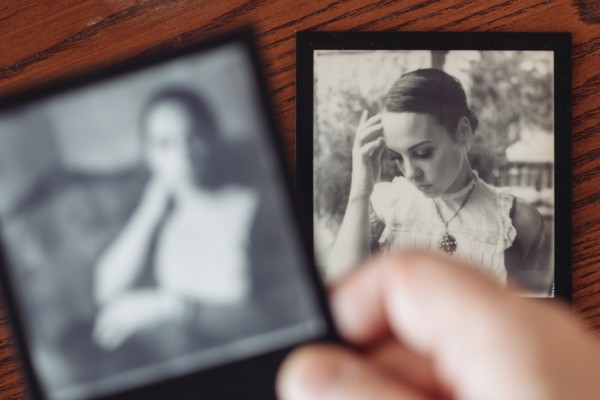 Tell Me a Tale: Everyday Storytelling and Story-Changing

Writers are fond of proclaiming themselves to be storytellers, and while I often feel like we should have laws about that—say, you must have an ironic mustache tattoo on one hand and a fancy, overpriced coffee or whole juice drink in the other if you choose to say this to another human without irony—at the end of the day, it’s true. Writers tell stories. I have always told stories, be it through writing at various points in my life or verbal tales I spun to get myself out of trouble as a kid or even beyond. I love a good story. I love to hear a good story; I love to tell a good story.

Here’s something I’m beginning to notice about both myself in general and how I’m counseling my kids: I’m telling more stories. This is not to say I’m making stuff up for my own benefit (for me, “telling stories” isn’t synonymous with “lying,” though I know it is for some), but that I am far less likely, these days, to take any situation at face value. Maybe it started with this election cycle. Maybe it started earlier than that, because my kids’ path through life hasn’t always been the smoothest. Either way, first it happened now and then, and now I sort of notice myself doing it by default.

Let’s take an example: Remember the teacher who betrayed my kid and never really apologized? I’m not going to lie to you about the level of unadulterated rage I felt about that situation for a long time. A loooong time. Probably too long, really. It’s been a little over a year and I’d say it’s only recent that I’ve been able to—purposefully, because I knew it was unhealthy for me to still be so angry about it—tell myself a different story about that situation. The original story went like this: This teacher used to really love my kid but eventually decided that they were too much work or undeserving or something. Combine that mindset with a bad day and *BOOM*, fireworks. My kid paid the price, and maybe the teacher didn’t mean to be so awful, but neither did they rein in their own issues for the sake of my child. What a terrible, thoughtless, selfish person that teacher turned out to be. Whenever I thought about this situation, all I felt was anger.

As narratives of a difficult situation go, it’s not unsuitable. My explanation (to myself) of how the ignition point came about may even be accurate. The problem is that this story leaves me angry and bewildered, which is not only unproductive, it’s just plain unpleasant.

The new story goes like this: This teacher used to really love my kid but it is clear that something in their own personal life broke, and badly. Then this teacher, this fellow human being, broke, and due to an unfortunate confluence of events and time, that happened while my child was in the crosshairs. The way the matter was addressed after fully confirmed a person who we know is (or at least was) capable of deep compassion and kindness is now a shell of their former self, seething with pain and frustration to the point of being unable to proceed with basic consideration for others. That’s… tragic, really. While I would’ve done anything to take away my child’s pain in this situation, lessons were learned, a wiser, stronger kid emerged, and we are all okay, over here. I’m not sure that’s true of the teacher. Now when I think about that situation, the first emotion I feel is a profound sadness. I worry about that teacher, a little. I worry about their family, a lot. I just feel very sorry for them.

Now: I can’t tell you how the shift happened, not really. And it’s not something that can be forced. I didn’t wake up one day and say, “Alrighty, then! Time to reframe all bad feelings in a way that evokes compassion for others!” (Although if you’re able to do such a thing, knock yourself out. That’s fabulous.) I think I just reached a point where I looked around and realized that… we have a good life. I have a good life, and really, so do my children. It’s not an easy life or a life free of obstacles, but we are fortunate in both material measure and love/support. People who infringe upon us in various ways are likely dealing with issues we don’t know about. There is plenty of space in our world to leave some compassion for others, and it’s often a lot less work than being annoyed.

So now when my son comes home and recounts the story of the kid who won’t stop singing in class and who disrupts the lesson and bothers the other kids, I ask him to tell me what he imagines that kid’s life is like outside of school. And to be clear, we’re not painting Dickensian portraits of neglect, or anything, but we do talk about “What would make someone feel like school doesn’t matter?” Maybe that kid’s parents don’t value education, or respect. Maybe they have a learning disability. Maybe things truly are awful for them outside of school. We just don’t know. When my daughter comes home with the story of the kid who’s trying to boss everyone else around, maybe I point out that hey, have you noticed that everyone else in this group is gearing up for college, while this kid… isn’t? Let’s consider how you might feel if you felt like everyone else was about to embark on a new adventure without you. Think about how you might want to grab any perceived power you could, just to feel like you’re “enough.”

The stories we tell are just that—stories—and likely not the exact truth. But we can arrive at a place where 1) bothersome actions can’t be taken personally (other people’s behavior is so rarely about us, anyway), and 2) we feel compassion instead of anger.

It’s a small but important change. It frees us up to feel better, ourselves. And I’m seeing, ever-so-slowly, changes in how we all deal with each other, too. Instead of “I have asked you to do that twenty times!” I’m much more likely to say, “I realize this hasn’t gotten done because it doesn’t matter much to you, but it does matter to me, and I’m trying not taking it personally that you haven’t done it, but can you see how it feels when I ask and you keep ignoring it?” Sometimes it’s not the details of the story that matter, but our ability to see all the characters as important and wanting the same things we all want.

“Tell me the story,” I say to my kids, now, when they come home indignant. And then I watch them unpack situations and realize that poor behavior nearly always comes from thoughtlessness (in the purest, non-emotion-tinted sense) or unhappiness. “I’m sure they didn’t mean to—” is as far as I ever get, anymore, before I’m interrupted with a wave of the hand and an acknowledgement that of course, they probably didn’t even realize, and it’s not personal, and really, it’s kind of sad if you think about it.

I like this about our life right now. We have all kinds of stories we tell each other, and even ourselves. I love that we are choosing the stories of compassion rather than indignation. Because, really, aren’t those the stories we all prefer?