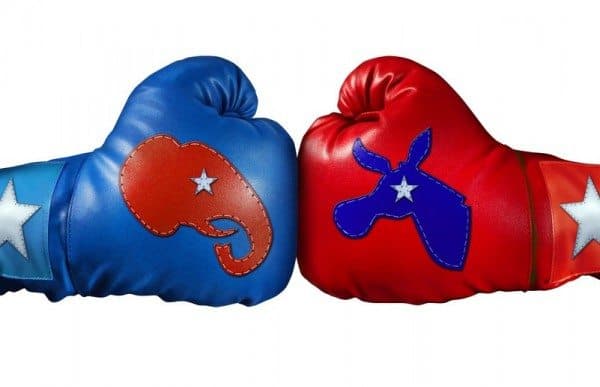 Teens, Politics, Kindness: Being Compassionate, Even When It’s Hard

About a year and a half ago, I wrote this post about talking to your teens about voting. At the time, my youngest teen was keenly interested in the process—and forever asking how certain politicians could hold the views they do—and my oldest insisted it didn’t matter to her at all.

What a difference 18 months makes. Or maybe, more accurately: What a difference this particular election cycle makes…? We talk about politics at home a lot now. My oldest is still mad that our state did not allow her to vote in the primary (she won’t be 18 until next month), and she has watched every single candidate debate with us. My youngest has stopped calling candidates names—thankfully—but his bafflement over what is happening in the world around him has only grown. Frankly, I’m with him.

We used to talk about where candidates stand on various issues. I feel like we barely do that, anymore. Now we talk a lot about funding and special interest groups and how the rest of the world views the United States. Mostly? We talk about kindness. Never could I have predicted that the bulk of my political discussions with my children would center on this idea, and yet, here we are. No, I don’t need my candidate to squee over fluffy puppies or stop in the street to feed the homeless every time they go out, but I, personally, find that the older I get, the more I value basic principles of compassion.

My teens are asking really hard questions, and a lot of the time, we don’t have good answers for them. A part of me has come to dread any question that begins with, “But what will happen if—” because I know they’re scared (and I am, too) of the possibilities. I cannot think of another period in my lifetime where politics felt so nasty and divisive. And yes, it’s very tempting to just make fun of the opposite extreme, but that’s falling into the same trap (albeit from the other side) of responding with derision rather than thoughtfulness.

Without a crystal ball or a magic wand, the best I can tell my kids goes something like this: Read, research, and be informed. Talk to people you trust and even talk (civilly!) with those you don’t, if you’re trying to understand different points of view. Assume that those who disagree and hold beliefs you find confusing or even repellent feel as strongly about them as you feel about yours, and it’s okay to believe their reasons don’t make sense, but it’s not okay to believe these people are stupid or somehow inferior to you. (As the saying goes: you’re entitled to your opinion, even if it’s wrong.) We disagree with opinions, not people. Assume that people who are hateful are motivated by fear and pain, because happy people aren’t mean to others. The best way to represent your beliefs as the most reasonable/rational is to exemplify the characteristics you value—so be kind, be compassionate, be thoughtful, don’t be reactive. Once you’re able to, vote, of course. But these principles work for every facet of life, really. This isn’t about politics. It’s about how you choose to live your life. Do you want to be scared, unhappy, combative, bombastic? Or do you want to be thoughtful, measured, content in your personal choices, and inclusive (even of those whose opinions you don’t share)?

As much as the 2016 presidential election cycle left me disheartened about the state of politics in our country right now, it also provided countless teachable moments with my kids, challenged me to make harder choices, and leave the knee-jerk reactions behind. I will hold to all of that, because they’re all good, important things which give me hope.