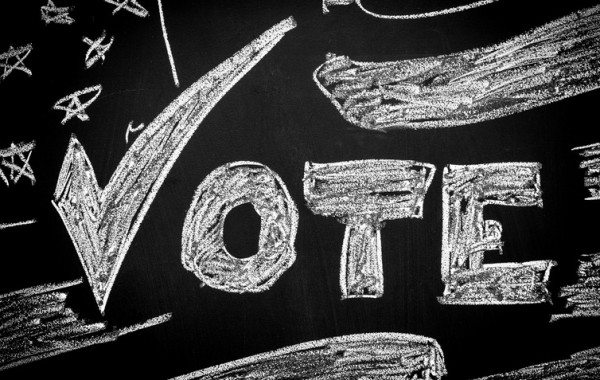 A couple of interesting things have happened in the world of politics this year, and I’m not referring to any laws or even the price of gas. I’m talking about a unique convergence of events: my teen son is taking U.S. Government, in school, and my daughter just realized she’ll be old enough to vote in the next presidential election. (Let’s all take a moment, shall we? The child who “didn’t notice” the mounds of dirty laundry on her floor is going to be participating in selecting the next leader of our country. I know.)

My daughter took this Government class last year and seemed to regard it as just another class; it didn’t interest her all that much. My son, on the other hand, is fascinated in a way none of us would’ve predicted. Part of it is that he has a great, engaging teacher, and part of it is his black-and-white approach to things (thanks, autism!) and incredulity over differing opinions. So here we have just loads of “teachable moments,” both about politics and tact.

“Mom, who are you voting for next week?” These were the first words out of his mouth as he walked in the door one day from school, last week.

“I need more information,” I said, chuckling. “For what?”

He thought a moment. “Senate,” he replied.

His shoulders lowered with relief. “Oh, good,” he said.

Now I was really curious. There’d never been any question as to our voting proclivities, before, and I figured they must’ve been talking about the senate race in class, but I wasn’t sure why this was so important to him. “Ummm… why do you ask?”

He looked thoughtful, then moved in a bit closer, conspiratorial. “Well, Mom, we were talking about it in class today? And [redacted] seems really… special.” He even made meaningful eyebrows.

I would love to tell you that I gave him a stern lecture on referring to political candidates as “special” (particularly as a special needs individual, himself!), but I cannot. I laughed until I could barely breathe. He was so earnest about it. At 14 he is concerned about the welfare of his home state because, in his unwavering view, one of our esteemed candidates must have suffered some sort of brain injury to hold the beliefs they do. In his mind, that’s the only possible explanation. And while I agree that I’d rather not have that particular individual representing us, as an adult I understand that otherwise intelligent people can sometimes come to believe things that might not make sense to other intelligent people.

It used to be that polite people didn’t talk about politics, and if they did, they were, well, polite about it. It’s hard to explain to a child who lacks a built-in brain-to-mouth filter why it’s not okay to say mean things about politicians, even if you really believe them to be true… or—harder still—to get him to understand the nuances of when it’s okay to have an honest political discussion and when it’s more prudent to remain silent. Trying to help him understand why so many people say so many hateful and sometimes downright ignorant things and claim them not only as truths but “necessary,” when we are still expecting him to temper his words, is a minefield.

We talk politics at the kitchen table. At one end, my daughter makes flippant remarks about how she doesn’t really pay attention and therefore once she’s old enough to vote she’ll probably just skip it. I can see my husband having palpitations every time she says it (and honestly, I think that’s part of the reason she does). We exhort her to take her civic duty seriously, to understand that not voting is voting, even if only as tacit acceptance of other people’s opinions. We still have time to change her mind.

At the other other of the table, my son gesticulates, indignant over every meeting of his Government class. “Today we talked about the right to marry and you will not believe what this kid said….” Life, to him, is simple. There is right and wrong. The people who are wrong are stupid. Obviously. Even when we agree with him, we talk about tolerance, we talk about nuances, we talk about being polite and not getting beat up in class.

Always, we talk about how voting is the single most powerful action we can commit to as citizens, if we want to be part of the democratic process.

This morning I was up and showered and dressed before the kids got up. “Do you have an appointment today?” my daughter asked, skeptical of seeing her usually-robe-clad mother ready so early.

“We’re going to go vote as soon as you leave for school,” I said.

“Ohhhhhhh,” she said. “Right.” Is it making an impression? I hope it is.

My son ate breakfast while my husband and I went over the referendums that will be on the ballot. He didn’t say anything, but later he reminded me, with a wicked grin, to make sure I “don’t vote for the special guy.” Right. I’m glad he’s got everything in perspective.

I vote. I have teenagers, so I tell them about it, and I hope that when the time comes, they’ll vote, too. You only get to be indignant if you cast your vote, I tell them. (That may not be entirely true, but let’s pretend it is.)