Twitter Facebook Pin It Email Article
Prev Teenagers, Politics and Voting Next Why I Volunteer Even More At The High School 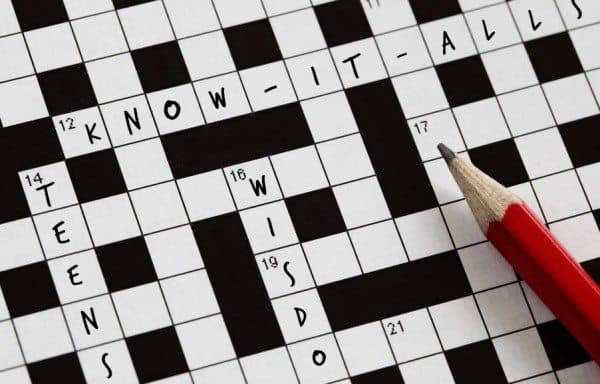 There’s some expression about how the older you get, the more you realize you don’t know. I often tell my kids that it must be nice to know everything; I recall that belligerent certainty from my own teen years—I just knew I was right!—and while I remember it and know it’s a normal developmental stage, it still makes me crazy. They are sometimes so convinced of their rightness I realize where the phrase “shake some sense into them” comes from, because the temptation is nearly overwhelming. Wisdom is embedded in knowing how much you don’t know, I’m sure of it.

Or maybe I just think that because I’m keenly aware of how much I don’t know, anymore.

I say it all the time: The longer I parent, the more convinced I become that I don’t know a damn thing. My knowledge banks on the topic of raising well-adjusted humans aren’t just empty, they’re overdrawn. Advice I shared when the kids were younger—and I won’t say that I was smug, because I hope I wasn’t, but I was earnest about it, I’m sure, because it was just true—now seems laughable. Oh, yes, younger me—for sure if you do X when your child does Y it will result in Z. That’s just logic! That was back when I still believed children were predictable. Hahaha!

My parents were here for a visit a few weeks ago, and my father is a word puzzle nut. Crosswords, cryptoquips, whatever they put in the paper, he’s at the kitchen table, pencil in hand, working some sort of puzzle. My daughter went and grabbed an old crossword puzzle book and sat with him, one day, working her puzzle alongside him, until it was pointed out that she was using a kids’ book and could probably handle the puzzle in the paper. “No, that’s too hard,” she said, at first.

Here’s the thing about my beautiful, brilliant nearly-adult girl: There is no gray in her perception. Everything is black or white. It’s impossible or it’s ridiculously easy. It’s a life-or-death issue or it’s pointless. Everything I once understood to be true about motivation and purpose has been turned on its head with this child, because I haven’t a single clue as to how to help her to understand that so much of life is actually gray.

So, the crossword puzzle: She thought it would be too hard, therefore it wasn’t worth attempting. But my dad is sneaky, you know, and he started asking her for help. And later, when he abandoned the puzzle for a while, I found her hunched over it, pencil in hand, filling in answers her grandpa hadn’t been able to suss out. She showed it to him later on and he was blown away by how much she’d done, and I beheld a rare sight: my child looked proud of herself.

Since then, the puzzle page disappears before we’ve even finished unwrapping the paper, seems like. She does the LA Times Sunday puzzle first, as a warm-up to the NY Times Sunday puzzle. She asks me to work on it with her, sometimes, and any parent of a teenager knows that when you’re asked to come do something recreational with your child, you don’t ask questions, you simply move in slowly so as not to startle them. I’m a decent crossword puzzler, I think, after years of practice… but she is better at them than I am, already. She doesn’t need my help. Still, I oblige because I am fascinated by the entire process.

My child who can’t be bothered with homework that doesn’t interest her or who gives up on assignments as soon as she runs into something she doesn’t know will spend hours on these crosswords. She is undaunted by the clues that mystify her; she knows if she keeps going, eventually she’ll have more letters and may figure it out. This same kid who cannot remember to set her alarm at night or seem to get out the door on time or gather up the items she needs before she does so will periodically bolt upright with inspiration, having just figured out the answer to a clue that’s been niggling at the back of her brain for a day or three.

There was a time when I believed I could simply shape my children into the forms I believed most productive. The right environment, the right discipline, and of course they would tow the line or else. Today, my daughter is a classic underachiever—while she possesses the intellect for great accomplishments, her actions rarely match her potential (for a variety of reasons, and let’s not debate whether this is a choice or disability, because now I know that we can’t know the answer, anyway). Chores remain incomplete, schoolwork is neglected and/or forgotten, responsibilities often go unmet. A few years ago, I would’ve surveyed this landscape with anger and frustration and met requests for puzzle time with proclamations like, “Well if you can’t be bothered to do your chores, I certainly can’t be bothered to sit with you while you play” and the like.

Nowadays, I know how much I don’t know. I settle a dog on my lap while she and I put our heads together at the kitchen table and put the paper between us. We take turns. I see her—the true her, smart and funny and competent and engaged—and I know that she can have anything she sets her mind to. I also see that right now, it’s just a crossword puzzle. I wish I knew how to swap out that puzzle for half a dozen other things, just slip more important goals in there and see her focus on them with the same spark and intensity. But I can’t. I no longer kid myself that if I just hit upon the “right” thing, everything will be “fixed.”

I do love crossword puzzles, though. And oh, how I love the lovely young woman who invites me to work on them with her. And so for now, I work on the puzzles, making peace with how much I don’t know.