Twitter Facebook Pin It Email Article
Prev Beyond Date Night: Nurturing Your Partnership Amid Life/Parenting Frenzy Next Getting Ready for College: Digging Out the Past to Pack for the Future 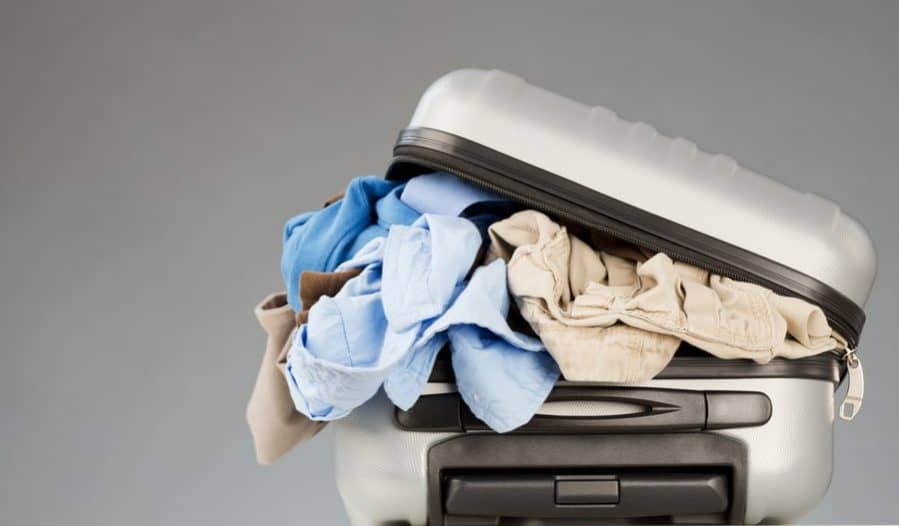 The Good, the Bad, and the Dorm

We’re about one month away from my oldest moving into her college dorm, and everything’s gone topsy-turvy, because this week we’re moving her little brother into a dorm, instead. (Come to think of it, this is a pretty good metaphor for our family, right here. “Whatever you were expecting, hahaha, surprise!, it’s gonna be different!”) To be fair, he’s not moving in forever, but still. It’s a little weird.

For the past 5 weeks, my son has been part of an internship program at our local university where high school students get paired up with mentor scientists and work in their labs. For this last week of the program, all of their research culminates in a multi-day “conference” where the kids present their research, learn about what other program participants were doing, etc. And for the span of the conference, all of the students move into a dorm together. The reasoning behind it makes sense, I guess—some of the kids, like my son, are local and have been commuting, but other kids have been in the dorm the entire time, and either way, save for a few whole-group activities, they’ve all been rather isolated from one another during the day-to-day work, and this is an effort to bring them all together at the end. I get that.

On the other hand, those kids who didn’t spend the program in the dorms now have to show up with all the linens and other supplies they need for a short dorm stay, and that seems like a lot just for a few days of “togetherness.” Now, we all know I am… shall we say… a bit much when it comes to bargain shopping and preparing ahead, so hey, my kid is a rising senior, of course I already have some twinXL sheets for him, but I don’t know that that’s true for everyone else. And because of the aforementioned bent towards over-preparedness I woke up this morning stuck in an indecision loop over just the bedding (never mind the rest of it). Because I already know (and have acquired) the proper setup for his sister’s dorm room, which is: mattress gets covered by bed bug/allergen encasement, gets topped with foam layer, gets covered with a mattress pad, gets finished with sheets/blanket. Would it be overkill to bring all that for 3 days in a dorm? (Don’t worry, you don’t have to answer that. Even I know that’s overkill.)

I am obsessing over the dorm minutiae because I am nervous about him staying away from home.

As I washed sheets today, I decided to split the difference between sending him in to sleep on a nearly-bare mattress and doing the whole hoopla: he’ll take a set of sheets and a mattress pad. Hopefully that’ll work. Then there’s towels. Do I bother with a hand towel when he’s going to be there for 3 days? (Probably not.) They have to dress up for their conference, but probably he needs casual clothes for the evening stuff, and I forgot to ask him if he even has any pajamas, and where on earth did I put those little bottles of shampoo…?

Longtime readers will (correctly) surmise that none of this is really about what he needs for the dorm. I am obsessing over the dorm minutiae because I am nervous about him staying away from home.

This program, this entire summer, has been a godsend for my kid. He has flourished in a way I wouldn’t have dared to even hope for just a few years back—this opportunity was practically custom-made for a autistic kid like mine. He’s an eager learner and a hard worker, but where crowded classrooms at the high school can lead to him shutting down or becoming too anxious to focus, a quiet lab and one-on-one guidance has allowed him to shine. He comes home from school exhausted, even on days when he says “we barely did any work;” but this summer, he’s been coming home from work—having done precision calculations and lab setups for eight hours straight—bubbling over with enthusiasm and energy and just plain happy. This summer he’s been the most himself I think I’ve ever seen him.

But for the 99.9999% awesome that this program has given him, there was one small hiccup during a group activity. Despite the fact that the students selected to participate are supposed to be the “best and the brightest” and despite a zero tolerance bullying policy, there was an incident where my kid was targeted. Part of my son’s cluster of symptoms includes some face blindness with strangers, so he was later able to report what happened but not who the perpetrators were. The program administration took his report and our concerns seriously, but what can they do when he can’t tell them who did it?

I worried, at the time, that this would ruin everything. All of the good these weeks of hard work and feeling accomplished and good about himself, would it disappear in the face of that all-too-familiar feeling of being a target simply because he’s different? To his credit, my son recovered well and seemed to let it go. He went back to his own lab the following week and continued enjoying his work.

But now I’m supposed to send him off to the dorm along with the kids who hassled him, and I’m worried. There’s a lot of unknowns here. There will be little opportunity for down time, which my son needs more of than his neurotypical peers. Staying in an unfamiliar place with a roommate (a roommate who may be a stranger, at that) will be stressful for him. There won’t be 24/7 supervision and who knows if those same kids think it would be just hilarious to target my child again. (Yes, my “child” towers over me and is practically an adult, but he’s still my child, especially when other children are bullying him. You hush). We’d discussed the possibility of him not joining the others in the dorm with the program director, after the incident, and ultimately trying to weigh “definitely keeping him out of harm’s way” against “making him even more different and also possibly depriving him of experiences” was too close to call just on logistics. We asked him what he wanted to do. He said he was fine going to the dorm. So he’s going.

Because I can’t do anything to guarantee nothing unpleasant will happen while he’s there, I will instead stand in front of my washing machine trying to figure out what linens he needs and how to get everything packed into his duffle bag. I try to remind myself that Finding Nemo gave me one of the best guiding mantras for raising a vulnerable kid that I’ve ever come across: Marlin tells Dory that he promised he’d never let anything happen to Nemo, and Dory responds by saying, “Well, you can’t never let anything happen to him. Then nothing would ever happen to him.” Perhaps I shouldn’t be admitting out loud that my parenting is sometimes guided by a line from a forgetful fish, but there you go. I want to protect him, but I want him to have experiences, too—good, bad, and everything in-between.

Off to the dorm he goes. Just keep swimming, kid.

Everything is terrible (not really) | Woulda Coulda Shoulda

[…] A LOT OF LOSS RECENTLY. In all caps. Shouty-like. No, today’s Alpha Mom post is about how my son is moving into a dorm this week because life is trying to kill me. The […]

[…] Does Dorm Life Remember I told you about my 1,000 neuroses related to the Monkey finishing up his summer internship by living in a dorm? I’m pleased to report that I am just a neurotic fool, as he ended up rooming with a fellow […]