Twitter Facebook Pin It Email Article
Prev Sleep Schedules & Early Bird Babies Next I Love My Children’s Birthdays But Not All the Gifts! So I Decided To Try Something Different. 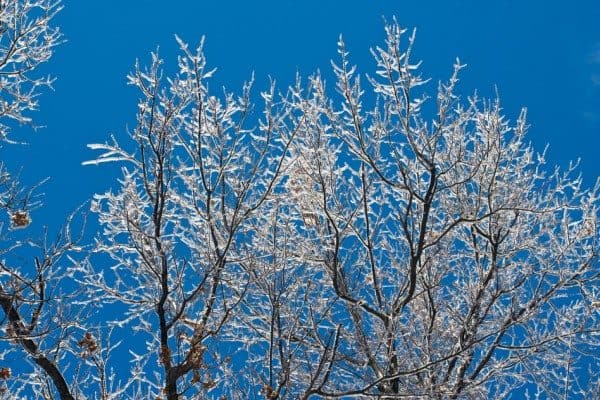 Snow Days Just Ain’t What They Used To Be

I don’t know if this is a “Good Old Days” vs. “Modern Life” thing, or simple a South vs. North thing, but I can tell you that a modern snow day here in the south is nothing like what I remember from my (many) snow days growing up in central New York.

When I was a kid (“Back in my day, Sonny…”), school was only canceled if there was an active blizzard happening in the morning when the buses were supposed to run. Going to bed at night while the snow accumulated and all was eerie and still—there’s nothing quite like the way a blanket of snow muffles sound—was no guarantee of a day off. If the snow stopped or even lessened by morning, the plows would run and everything continued on schedule. For added interest, back then there was no such thing as a bus stop right outside your house, either. I grew up on a dirt road that wasn’t always plowed in a speedy manner, and we had to walk… oh, I don’t know, maybe a quarter or a third of a mile or so, to get down to the main intersection where the bus stop was. At that intersection was a sign for a dog kennel, the kind where a placard hung from two heavy chains from a wrought iron crosspiece on a tall pole. The plows would shove the snow to the side of this sign, and so all winter long we kids measured the severity of the weather by the height of the resultant hill. It was a mild season if standing on the snow pile merely brought us to the face-to-face with the kennel sign. If you could stand atop the snow pile and throw snowballs down to hit the sign, well, that was a different story.

Nowadays, they cancel school if it’s too cold outside, and then everyone takes to Facebook to debate the merits of this decision. (Kids today are pansies! Kids in our district don’t have proper outerwear! Back in my day, we got frostbite and we liked it! You could get hypothermia just waiting for the bus!) Here in Georgia, a snow day is obviously a rarity, but it’s not unusual for school to be canceled if the forecast even calls for snow or ice. We have no plows, no salt, and our trees have a nasty habit of falling over or dropping limbs in protest whenever we do get any sort of wintry mix that accumulates. We’re also very big fans of Burst Pipe Emergencies, here, as sustained below-freezing temps are virtually guaranteed to cause plumbing problems here in “oh there’s no reason to worry about freezing” land. Snow days for actual snow hardly ever happen, but snow days for “threat of snow” or “school flooding” are less rare than it seems like they ought to be.

When I was a kid, a snow day meant we wrapped ourselves up in our snow gear until we looked like Randy from A Christmas Story (“I can’t put my arms down!”) and headed out to play, even once we were teenagers. Sure, you wore two or three pairs of socks and then put plastic bags over your feet, tucked into pants or held on with rubber bands, before donning your ski pants and boots, and every single one of us owned some sort of face mask or multiple scarves, and we looked ridiculous, but the idea that it was too cold to play outside never occurred to us. We went sledding, we built snowmen, and—if the snow was the right kind—we built forts. We stayed out until we could no longer feel our fingers and toes, and then we went in only long enough to slurp down some Campbell’s soup and dry out our gear and do it all over again.

Nowadays, the wonder just isn’t there. When we still lived up north and the kids were small, they’d play a little (if an adult went out with them), then complain of the cold and want to come in and watch television. Now that the kids are teens and our southern storms are more likely to be ice than snow, I’d probably have to set the house on fire to get them off their computers. (The one notable exception is the year we got a fluffy six inches of powder, and our dog was so baffled and delighted, we did all spend some time chasing her around the yard.) We don’t have proper winter gear, anyway, and the relative charm of being wet and cold no longer holds any allure. Also, I’m not naming any names, but someone in this house has been known to grump, “Why do you always make soup when the weather’s crappy??”

When I was a kid, if we lost power, my parents would build a big fire, and it was the only time that we kids were allowed to carry candles around the house. I’d drag blankets over to the fireplace, make myself a nest as close to the flames as I was allowed, set up my candle, and read for hours. I’d pretend I was back in Little House on the Prairie times.

Nowadays, if we lose power, my teenagers turn into approximations of Gollum, only instead of bickering over a ring, they want my MiFi and backup battery charger to keep their Internet connection and iDevices running. Because otherwise they can’t talk to their friiiiiiiends and they are so booooooored, and it’s so cooooold, but the fire is too hoooooooot and this flashlight is stupiiiiiid and needs batteriiiiiiies. Sometimes when this is happening, I curl up by the fire with a book and pretend to be deaf.

Why, yes, we are having early dismissal today for an impending ice storm. Why do you ask?

[Edited to add: While my waxing nostalgic or poking fun at the south’s response to winter weather is all a bit tongue in cheek, please understand that this piece was written yesterday well ahead of the horrific conditions that ultimately descended upon Atlanta and surrounding areas. I mean in no way to make light of the very real danger and challenges of a metropolitan area unequipped to deal with a true weather emergency. Our thoughts and prayers are with all impacted by this storm, with fervent wishes for everyone to stay warm and safe!]