Twitter Facebook Pin It Email Article
Prev A Driving Contract For Teens Next Is This My Last-Chance Baby? 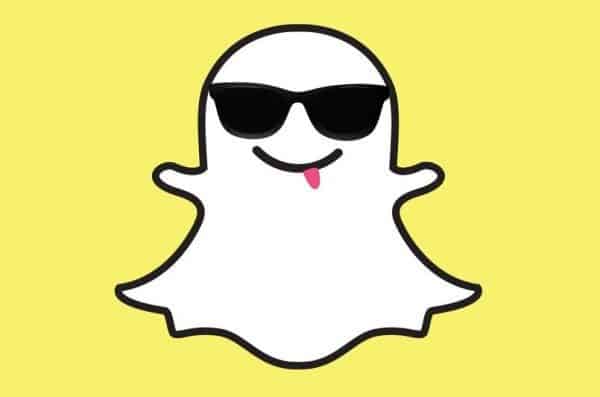 Confessions Of A Snapchat Convert

I don’t know if this has been obvious from my writing over the years, but… I am not exactly the hippest mother on the planet. Or the most permissive. This is fine with me—I always say, if you’re in this parenting thing for the glory and accolades, maybe find a different hobby—but I suspect my teens might characterize me as slow and something of a curmudgeon. (This is also fine with me.)

I didn’t let my daughter get her ears pierced until she was ten. (Practically a senior citizen!) And although my daughter’s possession of a cell phone at a youngish age was due to her being a child of divorce, she was the one who convinced us to get her brother a phone, and the two of them received smartphones (finally) only this past Christmas, after “all their friends” had already had them for years. I’m a slow, late adopter, and also a big meanie.

This is why it comes as such a surprise to me that I absolutely love Snapchat.

Listen; I resisted. It became the last battleground between me and my oldest. “But literally everyone else at school has it!” she would say, trying to sway my decision when I’d not yet allowed her to install it. (That’s a terrible argument strategy when facing off with a writer, by the way. The conversation then becomes a lesson about proper usage of the word “literally,” because I literally do not care that the definition has been expanded to also mean “figuratively” and also I doubt that my child was the sole holdout.) I’d heard the stories of teens using Snapchat to sext, and while I wasn’t necessarily worried about my kid doing that, I was concerned about the false feeling of security/temporariness the app might impart.

“Explain to me why you need this when you have texting and Facebook and Instagram,” I would say. “You can already do and share everything you might want to. You are not missing anything by not having Snapchat.”

“You don’t understand,” she would huff. “I am missing things because everyone else uses it to send each other stuff and I can’t.”

Eventually I relented. On her 17th birthday (oh the humanity!) we had a looooong conversation about how everything is forever on the Internet, and probably everything sent through the app is archived somewhere… and then I put the password into her phone and allowed her to install Snapchat. And I installed it on my phone, too. Here’s what I’ve learned since then:

Snapchat is real life
I use Facebook more than my teens do, but they’re all about Instagram, and I had assumed that what showed up on Instagram was a good snapshot into their lives. Wrong! Instagram is posed and polished, all pursed lips and carefully chosen locations and companions. Snapchat is my opportunity to be a fly on the wall of the Right Now, with all sorts of goofiness and moments I’d never get to see otherwise.

Snapchat makes my kid more responsive
Sending my teen a text reminding her to do the dishes is likely to garner a “Sorry, I’m terribly busy right now” at best and is more likely to be completely ignored. Sending my teen a Snapchat picture of me looking sadly at a sink overflowing with dirty dishes, though, gets her attention (if not her immediate action). It also infuses such drudgery with a bit of humor, and that’s always a good thing.

Fleeting is freeing
While the worry was always that teens would choose to send ill-advised pictures, the reality (for us, anyway) is that my kid is much more likely to share something true when it’s only going to be available for a few seconds. Even a simple “this blows” during a time of disappointment is more likely to come through (with a picture, of course) via Snapchat when a text would end up reading, “I’m fine.”

Screenshots are communication, too
So the original idea with Snapchat was that screenshots would be impossible, but the reality is that it’s not that hard to capture snaps if you’re quick. Bug or feature? My favorite is when one of us sends a particularly grotesque picture (hey Snapchat, here’s a tagline for you: How many chins can I create for myself? Let’s find out!) and the little notification that the recipient took a screenshot pops up. It never fails to make me laugh. What’s funnier than sending ridiculous photos? Knowing that my kid thought they were so hilarious, she wanted to save them.

The circle of communication widens
My friends (you know, the old people like me) and I snap each other, too, but best of all—I snap my BFF’s teens, and my teen snaps her, too. Having a “bonus mom” on board has always been great, but now everyone is interacting even more because this is a super-easy and fun way to do it.

Love in seconds
A text or email or Facebook message of sappiness is maybe not appreciated (from me to her) or likely (from her to me) in the scope of everyday life. But a quick snap of a goofy face and an OHBOWWOW I MISS YOU or whatever is silly, sure, but also heartfelt. Maybe they come with ridiculous pictures of my stick-thin child creating three chins for herself, but I wouldn’t trade those brief snippets of affection for anything.

Do your kids use Snapchat? Do you? I really thought I’d hate it, so no one is more surprised than I am at how much fun I’m having with it. I guess an old mom can learn new tricks.