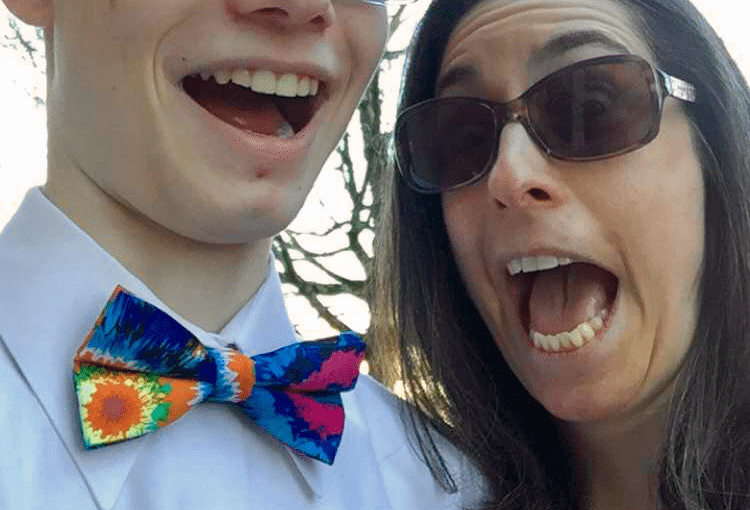 Disclosure: My son and I received complimentary Invisalign® treatment, but all opinions expressed are my own, honest assessment of our experiences.

Happy holidays to us—since I last posted an update on our smile-straightening journey, both my son and I have finished our Invisalign treatment! I finished about a month and a half ahead of him, but we’re both done now. When someone jokingly posed the “What are you hoping Santa brings you this year?” question to my kid recently, without hesitation he answered, “All the chewing gum in the world!” He says that’s really the only thing he missed during treatment. (And yes, you can chew gum during treatment if you’re willing to leave your aligners out while you do so, but with “optimal wear time” at 22 hours/day, we both skipped gum until our treatment concluded.) 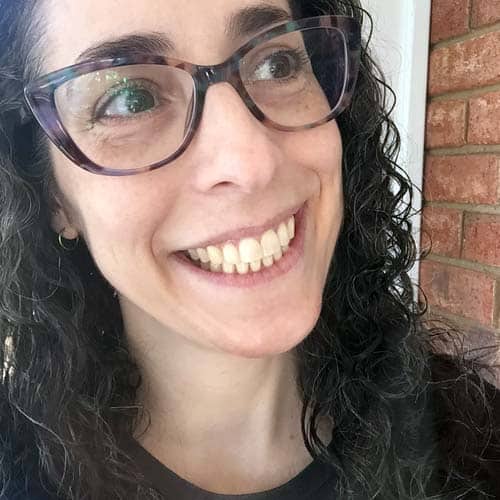 The day I went in to the orthodontist in my last set of Invisalign aligners, I was giddy. Finally, I was going to have just teeth again, with no attachments, no need to brush after every meal and snack, and—best of all—my teeth were finally straight. The orthodontist and every one of his employees remarked on my smile, and yes, that’s their job, but I still felt like a million bucks. First I was checked to make sure everything was where it belonged, then my remaining attachments were sanded off. As a final touch, the little bit of unevenness I had on some of my tooth surfaces from nighttime grinding was sanded a bit as well, to make sure my teeth looked their absolute best. Once that was done and my teeth felt deliciously smooth (it felt like it had been a long time since I’d been able to run my tongue over just teeth!), they took a quick impression of my lower teeth to fabricate a permanent retainer wire.

Let’s back up just a second: remember, I had braces as a kid. My teeth used to be straight, and then over time, they shifted, because that’s what teeth tend to do (especially if you have a small, crowded jaw, like me). Back when I was a teenager, sure, the orthodontist sent you off with an upper retainer to wear after treatment, but 1) it was my bottom teeth that were the most unruly and 2) I’m pretty sure I lost that retainer before I even started college. Nowadays it seems like a wire glued behind your frontmost teeth is a more standard end-of-treatment option, designed to avoid the shifting I’d gone through over the past 30 years or so. Our orthodontist told me that most of his Invisalign aligner patients opt for a permanent wire on the bottom (glued in behind the frontmost four teeth) and either another wire or a nighttime retainer for the top (this retainer looks a lot like an Invisalign aligner, but isn’t sculpted to the gumline the way the aligners are, plus the plastic is a bit heavier-weight). After some discussion of my nighttime clenching/grinding—and how I’d never been able to abide a nighttime guard in the past, but did find with the Invisalign aligners—it was decided that I would get both the permanent wire on the bottom, as well as both top and bottom retainers. The wire gives me the peace of mind that those teeth will not shift again, while a pair of nighttime retainers are basically acting as a night guard to keep my tooth-grinding at bay. This is a little bit redundant, but I’m okay with that, because my teeth look great and I want them to stay that way.

I returned later that day for my wire gluing, after which they took another set of impressions and fabricated my retainers. I have been wearing them at night ever since and knowing they’re both keeping my teeth straight and keeping me from grinding them down to nubs is nice. 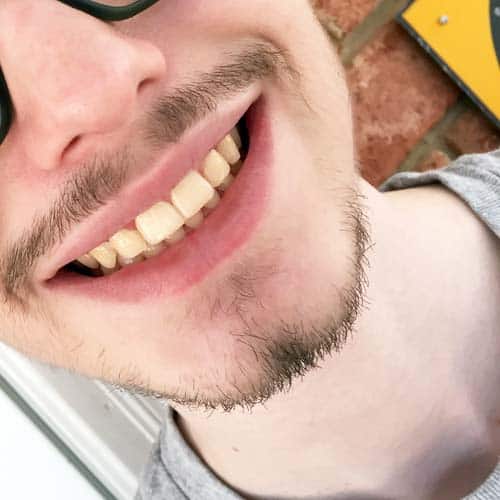 I concluded treatment before he did, but my son’s completion wasn’t too far behind. At his last check-in he’d gone from wearing rubber bands on both sides to just one, and the check after that, they actually had him switch to banding only at bedtime. Not too long after, he was declared to have reached a successful end to his Invisalign treatment as well.

If you look really, really closely, you may notice that my midline (the line between the front two teeth on the top and the front two teeth on the bottom) ended up perfectly aligned after my Invisalign treatment, but my son’s is still just a smidge off-center. I did ask the orthodontist about this, because when we had our initial scans and treatment projections at the beginning of this process, I remembered him explaining that midline alignment was one of the things for which they’re aiming. He reminded me that my son’s bite misalignment had been much more severe than mine (you may recall he had a “deep bite” and his initial scans showed his top teeth completely engulfing the bottom ones), and that while we could continue treatment until that was absolutely perfect, it’s pretty darn close. Fair enough! You may also notice that my kiddo’s bite is still deeper than mine (read: you can see more of my lower teeth than his while smiling), but it is much more properly aligned now than it was pre-treatment. Different jaws and different teeth fit together in different “optimal” ways, and the good news is that both of us began with very different issues and both ended with much healthier (not to mention better-looking) smiles.

My son opted for two nighttime retainers as well, because he inherited my tooth-grinding habit (sorry, kid!). He skipped the permanent wire retainer, which the orthodontist said is perfectly fine as long as he wears his retainers at night. He does, and he is not as paranoid as I am about things moving, so it’s all good.

Looking Back: Pros and Cons

In retrospect, would one or both of us go through Invisalign treatment again, knowing what we know now? Both of us say yes. There were lots of obvious pluses to going this route: Due to my son’s sensory sensitivities and constant issues with conventional braces, he found the Invisalign clear aligner system much more manageable, overall. Due to my involvement in local theater and, therefore, my need to not have an obvious mouthful of orthodontia throughout this process, Invisalign treatment made it possible for me to get straighter teeth without having to put that part of my life on hold while I did it. The treatment time seemed markedly shorter than any of our previous experiences with conventional braces, too, and required fewer office visits during treatment. Finally, we’re both thrilled with our improved smiles, obviously.

I can pinpoint only two potential drawbacks with Invisalign treatment over conventional braces, and we only experienced one of them. First, I know some parents opt for Invisalign treatment for their teens (thinking it will be more welcome because it’s less obvious) and then don’t understand why it isn’t working well when in fact, said teens are simply not wearing their aligners as prescribed. So, yes, you can take them out, which means a kid who isn’t on board can just… not do what they should. Obviously if your kid isn’t going to be compliant with treatment, you’re better off having wires cemented in their mouths. (This was not an issue for us.) The second issue is very much a double-edged sword, and I’ve mentioned it in previous posts in this series: It’s awesome not to have to give up all sticky foods or popcorn or any of the other forbidden goodies that are no-nos with conventional braces—you’re always removing your aligners to eat, so go ahead and eat whatever you like, then brush and re-insert—but you sure do come face-to-face with how often we snack or sip (especially in social situations) when you must be able to take your Invisalign aligners out, store them, consume, then go brush your teeth and reinsert. Both of us struggled a bit with that, especially in the early stages. I found myself attending cocktail parties and opting to just sip water rather than muck around with my aligners just so that I could have a glass of wine or some appetizers, and my son reported quite a few “free snacks” events on campus where he felt like the hassle of having to go brush his teeth again before (or during) class wasn’t worth it. It’s not a big deal, but it does require some thought (and sometimes some maneuvering).

Final verdict? We’d do it again in a heartbeat, but for now we’re just celebrating the differences Invisalign treatment and about a year made for us, and—of course—we’re wearing our retainers at night. Religiously.

Big thanks to Alpha Mom and Invisalign for making this series possible and making us look our very best. My son and I (and our teeth!) are very grateful!

Want to learn more?  You can read about Invisalign® treatment here or  find a local Invisalign provider.