Twitter Facebook Pin It Email Article
Prev Speech Delay: To Evaluate or Not To Evaluate Next Separation Anxiety in Overdrive 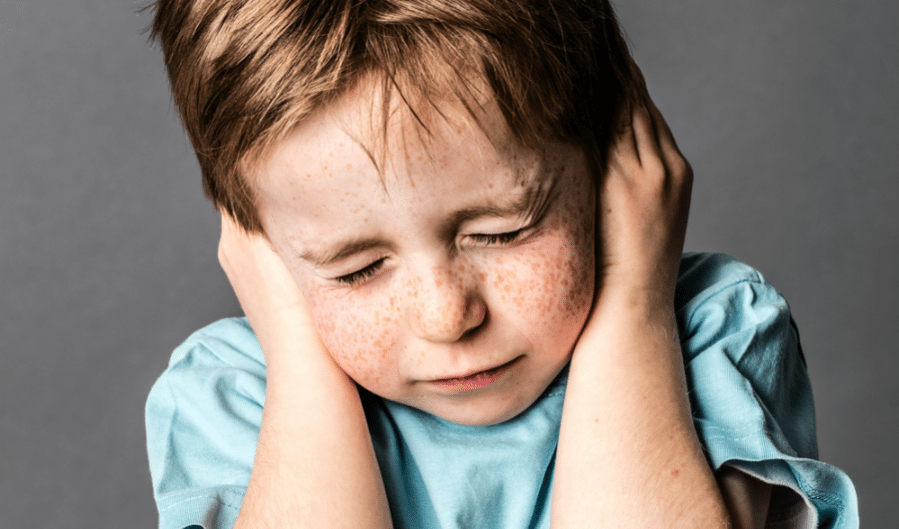 I have an interesting Grandma situation that I would love your advice on. My mom has been our go to person for watching our kids while we go out of town/need an extra hand/etc. since my first was born (he’s 2.5, now we have a 6 month old). I know that she is the doting grandma (candy/tv/etc) and is perfectly okay with not following the rules that I lay out (I saw her do it with my nephews, so it’s no secret). But I gave her a pass on this because she’s grandma and she’s generally awesome with the kids and I trusted her to treat them (especially as babies) the way I would (not make them CIO, defers to safety, etc.). She lives across the country, but visits about once per quarter and when one of us kids asks (typically when my husband goes out of town for me, or when my husband and I want to take an overnight trip).

Recently my older nephew brought a disturbing video to my sister and my attention. He captured on his mobile camera her freaking out at his younger brother (6). Yelling in a pretty disturbing fashion and generally freaking out in an out of control way. It was a pretty scary video to watch despite the fact that there’s no physical abuse. My nephews are pretty difficult to handle at times but they’ve been through some trauma in their young lives, so we try to be really understanding and patient. I can see how they would push someone to their edge, but I think it’s the adult’s job to be the adult and walk away for those types of situations.

So now we are left in this spot. My husband and I have agreed that she cannot watch our kids alone now. Even if my 2.5 y.o. didn’t require an immense amount of patience, I just don’t think I can trust her again. But, she is my mom, and I’m not sure where to draw the line with relationship with the kids. Do I still invite her to come while my husband is gone? We have a nanny, so she wouldn’t be doing daytime care, just helping me in the morning/evenings. Do I mention what we saw and how it made us feel? She takes “rejection” very harshly (my dad left her after 24 years, so she has some wounds), so I want to be sensitive.

I just don’t know what to do, so I’ve been avoiding her, which I know is no good either.

Would appreciate some insight.

Well, first I think you (and your sister) should have a deeper conversation with your nephew. Get the full context of the video and also whether that sort of freak-out was a one-time thing or a regular occurrence. I’m NOT saying that to excuse or justify her behavior, but I’d personally want as much information about what really goes on when kids are in her care before I decided how to proceed.

I’ve definitely had low/frustrated moments that wow, I am so glad a camera wasn’t rolling because I’d probably sound like a crazy person attempting to loudly negotiate with a pack of feral guinea pigs. But even without incriminating footage, I’ve been able to reflect on the way I handled the situation and learn from my mistakes and vow to plunge the depths of my patience a little deeper next time. So I’d want to know what sparked the yelling fit — was he doing something incredibly dangerous or unsafe, or was it truly an out-of-proportion reaction to run-of-the-mill annoying kid stuff? Since your nephew had the smarts to document what happened (go kid!!), I’m guessing he’s old enough to be a reliable-enough witness and tell you what led up to the incident, and whether it happens regularly.

And again, I’m not saying there’s an answer that justifies her behavior, or should change your mind about not letting your mom watch your children solo. Either scenario points to someone who is overwhelmed and not up for the responsibility of caring for someone else’s children. (Was this a short babysitting stint or does she regularly provide childcare for your sister?) But there is a distinction between a one-time “I just snapped and feel insanely awful and guilty” moment…and ongoing verbal abuse that she’s normalized in her head as “not a big deal, he deserves it.”

Either way, I think you do need to talk to you mom about the video. Even if your nephew says no, this has never happened before and he filmed it because it was completely bizarre and out-of-character, your mom needs to know that you know, and be given the chance to apologize and ask for forgiveness from your sister AND your nephew. And I do mean APOLOGIZE, not make excuses or attempt to justify it. If she can do that, and you’re fairly sure this was a one-time low moment of  poor judgement, then perhaps she can earn back your trust to continue to visit and help out in the mornings/evenings when you’re around. That seems fair, and fairly low-risk.

If you hear that no, she routinely loses her temper at your nephews, then you need to talk to her about both the video AND the verbal reports. Your nephews shouldn’t need to have video evidence to be believed that Grandma screams at them a lot. Someone needs to be fairly blunt in this scenario: Clearly her nephews are more than she can handle, you and your sister have genuine concerns about her anger/emotional issues and what she’s taking out on them unfairly. At this point, again, she needs to 1) admit there’s a problem and this behavior isn’t okay, 2) apologize/ask for forgiveness, but also 3) DO SOMETHING ABOUT IT. Therapy, counseling, anger management, something. (Which she probably should be doing anyway, given the traumatic end of her marriage and those unhealed emotional wounds.)

And unless she does all three of those things, she cannot be around your children. If she agrees to counseling and sticks with it, then okay, maybe she can come visit but again, nooooooooo solo babysitting. And your sister needs to be on the same page and enforce the same rules on her end. (Which hopefully shouldn’t even be up for discussion, since it’s her own [already traumatized!] child bearing the brunt of it.)

One last thing: None of this is to say that verbal abuse is not a big deal, or less serious than if, say, you saw your mom hit your nephew on the video. I’m just trying to square things with everything you said in your first paragraph that points to a truly loving, doting grandmother who did something completely out of character (and who I assume did not have similar out-of-control outbursts at YOU as a child, which would be a whollllllle other thing). I think she deserves to know what was captured and own what happened, and get to the bottom of WHY it happened. Is she simply overwhelmed by your nephews’ level of need and therefore not an appropriate caretaker for them? (And thus probably not for your 2.5 who also requires epic levels of patience?)  Is it her own baggage about her divorce that needs to be professionally unpacked?  I actually can see some upside to confronting her (she gets help, your nephews get a better babysitter), while keeping this sort of thing silent and in the shadows will lead to NOTHING GOOD AT ALL.

Your mom probably needs a therapist. You need a mom you can trust and not keep secrets from while you avoid her calls for reasons she doesn’t know. And most of all, your nephews need to know that when they come to the adults in their lives about anything like this, the adults will actually DO SOMETHING ABOUT IT, even if it’s hard and uncomfortable for them. Otherwise next time, they just won’t bother, and that’s truly disturbing.