Twitter Facebook Pin It Email Article
Prev Mother/Daughter Dynamics, On and Off Stage Next How to Stop Your Kids From Having Sex Too Early* 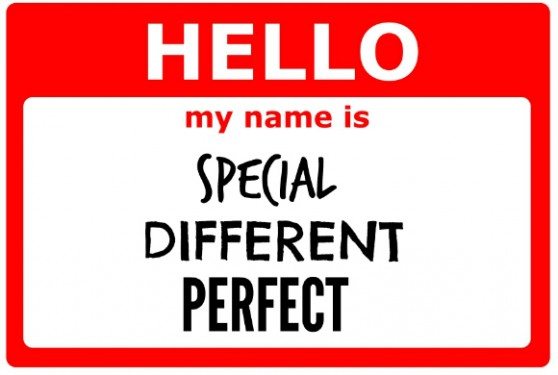 To Label Or Not To Label, That Is The Question

Got tweens/teens? We’re trying a new advice column here at Alpha Mom to address your questions for the older-kid crowd. We hope you enjoy!

I think my 14-year-old may be autistic, and his counselor agrees. He is a freshman in high school, he gets mostly As, some Bs, and no teacher has ever mentioned it, but he struggles socially (not that he really realizes that). He is sensitive to tastes and textures, small talk seems to elude him, he will come up and interrupt a conversation and go completely to a different topic and never realize that can be rude. There are so many examples. His 5th grade teacher told me once he’s on a different plane than the other kids and she meant it as in his giftedness, but I think there’s more to it. My question is, is there any point in having him formally tested? My husband says no, why put a label on him when he’s doing just fine, which I do see and his counselor agrees, but sometimes I wonder if his lack of organization, his difficulty in “catching” everything a teacher says (like when to turn in an assignment) and other things might be helped with a diagnosis? I’m wondering about your thoughts.

Oh, I have lots of thoughts about this. I feel like we talk about it quite a bit, here, but I’m always happy to revisit.

My opinion is that there are two schools of thought when it comes to kids and special needs: one camp believes Labels Are Bad And/Or Limiting, and the other believes that knowledge is power, no matter what. I fall into the second group; I believe labels are only bad or limiting when they are allowed to be viewed as a detriment instead of as useful information. This is a general philosophy of mine, extending to all sorts of things, but I feel especially passionate about it when it comes to quirky kids, and I’ll tell you why.

All forms of autism differences are now encompassed under the Autism Spectrum Disorder label, which I think is an important move for understanding neurodiversity because autism is indeed a whole spectrum, with some talking about “severity” and “life impact,” sure, but also pointing out that what is “normal” at some level becomes less so at a different level, and also that understanding and accommodation should be less about “what’s different” and more about “what helps,” if that makes sense. This spectrum model holds true for lots of differences—not every kid with ADHD is the same, not every learning disability presents identically in different people, etc.—and I like the focus shift from “Label X means Action Y” to “Label X is our starting point in terms of understanding and assistance.”

In addition, there are plenty of very-similar behavioral results in kids with some of these challenges which can be due to a variety of causes. Everything you’ve described can be part of an ASD diagnosis. It can also be part of simply being gifted. It’s also fairly typical for a child with ADHD. And finally, it wouldn’t be unusual for what you’ve described to be attributed to a learning disability of some type. Perhaps even more confusing, all of things I’ve just mentioned tend to overlap; it’s rare that a single one of these causes would exist without another (or another two or three!), meaning that it can be complicated to figure out the cause and thereby tailor the approach in creating change.

All of that said, here’s the bottom line of why I would advocate for formal testing: The more you know about the root cause of his difficulties, the more targeted your approach toward support can be. Do you have to know the cause, and/or is that the only way to help him? Of course not. But I think it’s very helpful. Just to give you an example from my own kids, there are many foibles they share in common. It would be tempting to approach each of them the same way to help correct issues, right? Let’s take the fact that both of my darling snowflakes often struggle with turning in schoolwork. Believe you me, we have tried… well, just about everything, I think, to help them each become more aware and self-sufficient in this area. But my son has trouble with it largely due to his autism (and the root, for him, goes back to difficulty even taking down the assignment in the first place, in a noisy, overwhelming environment; he often misses the work altogether), whereas my daughter has trouble with it largely due to her ADHD (and that means she takes it down, does the work, and then maybe just plumb forgets to turn it in). If we didn’t have a good grasp of where the problem starts, for each of them, it would be harder to solve.

I’m also going to add, here, that labels are not the scary things I guess maybe they once were. I find explanatory labels empowering, myself. I know too many adults who grew up knowing they were different but not how or why, who’ve lived the bulk of their lives thinking their differences were bad and should be hidden as much as possible. Both of my children experienced what I can only describe as palpable relief once we were able to say, “Hey, this is the deal: You’re different. It has a name, it means these things are more challenging for you, and here’s how we’re going to help.” Key phrases in our house include not just “knowledge is power,” but also, “this is an explanation, but not an excuse.” The label is not a Get Out Of Jail Free card. The label is there to help us understand and move forward. Embracing the label, oftentimes, means embracing the human it describes, and letting them know there’s no need for shame. This is who they are. (Although it’s an autism-centric post, the lovely Jean Winegardner recently wrote this awesome piece about talking to your kid about their differences, and I think it can be applied to all sorts of things beyond autism. Jean’s smart; you should go read that.)

From a purely pragmatic standpoint, here’s a few more things to know. You can ask the school to perform an evaluation, for free. Generally you can only ask for an eval if his school performance is impacted, and it would not be beyond the realm of possibility for the school to insist than an A/B student is “fine,” but then what you say in response is that 1) given his known IQ/giftedness, this is not the level of achievement that makes sense for him, and 2) he is experiencing emotional issues which are beginning to impact his school experience. I don’t think you’ll have trouble getting the evaluation. Once they come back with something, you will be able to put together either a 504 Plan or an IEP designed to support him better right now, which is great, but it is also great because having a diagnosis and a plan in place prior to college means it will be easier for him to get some assistance at college, if he continues his education that way. Developmental disabilities don’t vanish when our kids go to college, and having to do self-advocacy in a new environment is scary enough, as it is. The more pieces you are able to put in place for him now, in high school, the greater his chances of success, later.