Twitter Facebook Pin It Email Article
Prev New Neighborhood Pariahs Next To Label Or Not To Label, That Is The Question 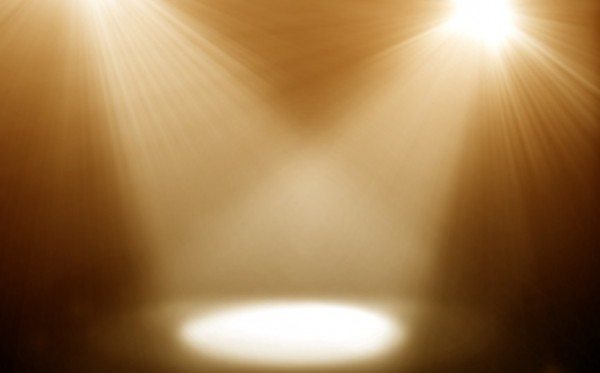 Mother/Daughter Dynamics, On and Off Stage

This past weekend I performed in a local production of The Vagina Monologues, as a part of the V-DAY movement and a local fundraiser. This was my fourth time being a part of this event, and it’s always an amazing experience. Women of all ages and from all different backgrounds come together to put on a show that’s both funny and gut-wrenching, entertaining and meaningful.

Every year is different, but this year was especially different because my daughter was in the show, too. She’s been attending performances for years, and as we head towards her high school graduation in just a few short months, it seemed like the perfect time for us to do this together.

Imagine me—micro-manager extraordinaire, and also a theater-degree-holding human—in a community production with my not-yet-18-year-old kid who’s never been on stage, before. I spent a lot of time biting my tongue. The directors were fantastic (and by the way, so is my kid), so no one needed my input, you understand. But the temptation was strong. And I wasn’t always able to resist. “Louder,” I’d whisper to her, backstage. “Project! We want to hear you!” And as soon as I said it, I knew I should’ve kept my mouth shut. But I wanted her experience to be a good one.

When we first began rehearsals, we would arrive together, and she’d sit with me, and she rarely (if ever) spoke to anyone else. There are introverts, and then there are people like my daughter, who make introverts like me look like social butterflies. I knew she was getting comfortable at her own pace, so I let it go for a few weeks. But after the initial several meetings, I started sitting elsewhere, with other people on either side of me, so that she had to find a seat someplace else. I chatted with other cast members and didn’t check up on her.

One night as we were driving home, she told me that one of the college students had asked her if it was embarrassing to hear her mother saying all the things I say in my monologue. (My part this year was… fairly racy.) I tried to act casual about it when I asked how she’d responded. “Oh, I told her nah, and that she should hear what you sound like at home!” We collapsed in giggles.

Time passed. We got into dress rehearsals, and the sequined miniskirt we’d bought for her costume languished in her room while she wore a less flashy, everyday skirt. “I don’t know about that one,” she said. “It’s… kind of a lot. I would stand out too much.” I started watching her when she wasn’t on stage. As the youngest member of this cast, I saw how the older women were protective of her, even doting. The college students had welcomed her with open arms, forgetting that she wasn’t “one of them,” or maybe realizing even better than I that she really is about to be one of them. She would often report conversations to me that never would’ve been held within my earshot. Opening night, I walked up and put my arms around her waist and gave her a peck on the cheek for luck, just before we took our places. Two young women in the cast—who’d missed quite a few of our early rehearsals, when we’d done introductions—did a double-take.

“She’s my mom,” my daughter offered, pretending exasperation. I laughed. “Did you not know?” On an unseen cue, we made the same silly face, in tandem, the one that leaves no question of our shared DNA. Then we all laughed.

At the first performance, my poor kiddo was nervous about her debut. It wasn’t her best (though it was still very good), and after the show she was exhausted, emotionally fried, and wanting nothing more than to go home and crawl into bed. I tried to stay neutral, but I was worried. Was it too much? Had she pushed herself into something she hadn’t really wanted? The next night she was great. The night after? On fire. And for the final performance, when I called upstairs that it was time for us to head to the theater, she came down in the sequined mini. Now it was my turn to do a double-take; she looked about 25. By the time she hit her mark for that last show, it was as if she’d been doing this her whole life.

Family friends came to the last performance and brought us both flowers. She couldn’t stop smiling. I started tearing up every time I looked at her, so I worked on looking other places, instead.

“I’m really glad we did this together,” I said, on the drive home.

It’s weird, though, because when I suggested she come back from college to do it with me again next year, she didn’t seem to think that was a reasonable suggestion. Sheesh.