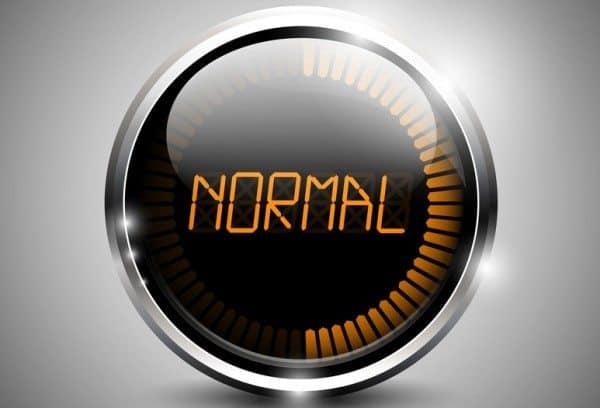 “Normal”—much like, say, a unicorn—is something I’m not sure exists. But I want it to exist. In the case of unicorns, it just seems like it would be cool and increase the World Glitter Quotient (that’s a thing, right?); in the case of normal, I cannot tell you why I continue to believe that this is something important.

There’s a small part of my brain that believes normal must be like True North on a compass. It’s not that I need normal or even that I feel like normal is a necessary or desirable destination. It’s simply that I believe it would offer some semblance of guidance to have an absolute point of regularity to reference. If I knew where “most” people were, well, then I would know when and how far off the norm our family is, and that might bring some sort of comfort or other useful information.

[Brief disclaimer: In clinical parlance, there is no “normal” in child development, only “typical.” I refer to my kids as being “non-neurotypical” when we’re discussing goals, nuts-and-bolts, etc. But some mythical “normal” remains an accepted construct, spoken or not, and I am not immune to its lure.]

Hmmm. I can see that in the abstract, this isn’t making a lot of sense. If you believe in the concept of normal (and, again, I do kind of rank it alongside unicorns), you have to understand that I don’t have any “normal” kids, which means I am often baffled about what’s their particular foibles and what’s just “like every other kid.”

Let’s go with some examples to make things clearer.

Example 1: My teenage son is autistic. Because his world view tends to be very black and white and concrete, any sort of school assignment he completes is done to match the absolute bare minimum of the requested work. If the rubric for a paper specifies it should be 2-4 pages, he will write exactly two pages. If “show your work” is not specified, he won’t, and if it is, the work he shows is maybe an additional step or two out of 10, if we’re lucky. My son is plenty bright and capable, and also very eager to please his teachers, but fifteen years of trying to explain to him that going the extra mile is almost always a good idea has been met with an unshakeable belief that such additional effort would be a waste of his precious time. I consider this a “feature” of his autism, and something we are (ever so slowly) working on changing. But if I happen to mention any related difficulties to parents of “normal” teens, they assure me that their kids are the same way. So is this normal?

Example 2: My teenage daughter has ADHD. She has benefitted from medication, but of course medication is not the same thing as a magic brain-changing potion. She struggles with staying on task and completing what she starts, particularly when it’s not something she’s interested in. It’s not uncommon to ask her to do something… and then ask again five minutes later… and ten minutes after that to threaten to take away her phone/computer/iPod until said task is completed… and then end up having to stop everything to redirect her while she complains bitterly that she was going already, geez, why are we always on her? We’re as patient as possible (usually) and sometimes we go with natural consequences, which nearly always elicit some sort of meltdown because she didn’t know and but why and so on. It’s not my favorite part of parenting, but I consider this a “feature” of her ADHD… until other parents insist to me that their teens are exactly the same way. Is this normal?

This brings up a lot of mixed emotions for me

For starters, autism (and even ADHD, depending on your point of view) is a spectrum. Of course some undesirable behaviors that are part and parcel of autism (or ADHD) are going to be found in the general population, albeit maybe with less severity. I am always torn between appreciating that someone is trying to commiserate and being annoyed at the glossing over of the difference between “garden variety adolescent behavior” and “truly life-challenging issues brought to the table by neurological differences.” When I’m dealing with a teen whose behavior suggests they remain years behind their peers developmentally, it’s hard not to ruffle at the suggestion that I’m overreacting. (Related: Hell hath no fury like hearing the suggestion at an IEP meeting that “but all kids…” when trying to get appropriate accommodations for your child. Just saying.)

On the other hand, part of me really wants to take comfort in the idea that my kids really aren’t so different; shouldn’t it be reassuring to hear that the selfsame behaviors which leave me wondering if my children will ever be able to move out of my house and live on their own are common among all kids their age, and therefore my worry might, actually, be overblown? Because all kids are disorganized, and try to get out of homework, and lose things, and get distracted, and don’t want to do their chores. All of them. My kids are normal!

In the end, I come back to that word

Normal. I wonder if it really exists. I wonder if we would want normal, for real, given the option. Sure, my husband and I joke all the time about how other people fantasize about being rich and/or famous, while we have daydreams about our family being utterly run-of-the-mill and normal, but without the quirks that drive me up a wall, my kids wouldn’t be themselves. And while unicorns sound exciting, normal sounds… kind of boring.

“Mom, I have some very sad news,” my son said, this morning, while packing up his backpack.

“What’s that, honey?” I asked, wondering what on earth could have him looking so glum.

“Oooooo…kay? I’m sorry?” He burst into laughter—unselfconscious, delighted, and utterly himself. Is he normal? Do I care? (Probably not, and no.)

I’ve lived a pretty good life without a single unicorn, and I’ve never felt like, “Oh, but everything would be so much better if only unicorns were real!” Perhaps I just need periodic reminders that the same is true of any supposed normal.