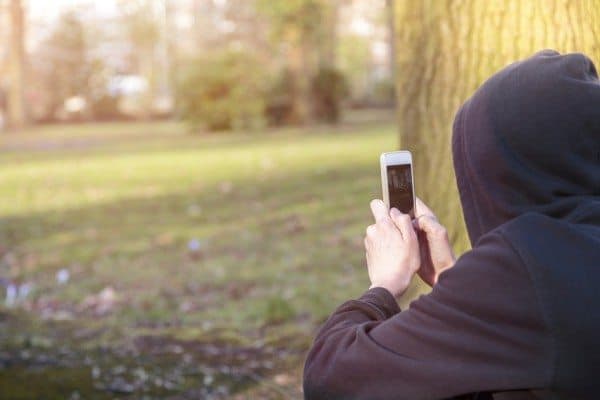 The Glass Is Exactly As Full As It Should Be

I like to think that after nearly 18 years (*gulp*) of parenting anything-but-regular kids, I have a pretty good grip on things. Not that I’ve figured it all out (never), or that I’m always perfect (not even close), but that I have a reasonable handle on what works and what doesn’t and what to expect. That’s the fantasy, anyway.

The reality—as is so often the case—is much more complicated.

I learned a long time ago not to wish away the hard stuff for my kids. For one thing, it doesn’t work. For another, the hard stuff is shaping them into the amazing young adults they are. No one likes to see their child suffer, of course, but… that’s life. Sometimes there are hard things. For kids with differences, there can be an abundance of hard things. And for a parent of a kid with differences, the task is to determine what’s hard vs. what is simply different, as well as to somehow figure out what’s a challenge vs. what’s a deal-breaker. This is just as clear as you might imagine, which is to say it’s about as clear as mud. This is especially true for my autistic son, because I think I’ve really come to terms with his life trajectory being his own and not requiring any sort of change (he is utterly himself, which is great), but there are times when he does need a bit of a push out of his comfort zone. More of a gentle nudge, really. His first reaction to change is always “No!” and so sometimes I press, knowing that if he can take that first step, he’ll find his way. It’s not about changing him, just about supporting him as he stretches a bit.

Last week, my husband and both of my kids traveled along with the high school marching band to the Thanksgiving Day Parade in Chicago. This was A Very Big Deal for our school and the kids. This trip has been in the works for a year, and my daughter—who definitely has her own challenges, though travel like this is not one of them—was beyond excited. My son, however, was ambivalent. “I’m not sure I want to go,” he said, a few times. We talked about what an honor this was for the band, and how he dislikes leaving comfort and routine but is usually able to enjoy himself once he does. We talked about how his sister and stepdad and friends would be there with him. We talked about how this would be a once-in-a-lifetime experience and how lucky he was to have the opportunity.

We did not talk about how taking him “out of his element” makes him dysregulated and cranky, most of the time. I mean, we all already know that. We talked about “strategies for staying calm” and “being flexible and going with the flow,” but we didn’t dwell on the hard parts. What purpose would that have served?

Several weeks before the trip, my son began struggling in that way which usually indicates he’s physically unwell. It took us a while to pinpoint what was going on, and while he was feeling somewhat better before they left on their trip, he was still… wobbly. We all feel a little short-tempered and less able to cope with life when we’re not feeling great, and for my son, his already-impacted ability to process all the input around him without anxiety is further hobbled when he’s not feeling good. I’m not going to lie: we were nervous.

Off they went, headed north on buses that drove overnight—already a terrible way to begin an adventure if you require a good night’s sleep. The trip went about the way we’d figured it might, with my son struggling more often than not to find his equilibrium. The other kids on the bus were too loud, everywhere they went was too crowded, there was a lot of standing around and waiting on parade day, every meal was chaotic. He can often “reset” himself with some quiet, alone time, but on a trip with 100 kids where you’re required to be with at least 3 other students at all times, that’s impossible. My husband ended up doing a lot of handling of just our kid, rather than chaperoning the group as a whole, and he felt some frustration over that, as well as over what seemed to be my son’s constant unhappiness about everything. While the rest of the band was having a great time and hanging out together, my son was more often than not at my husband’s side, cataloging a litany of complaints.

Back here at home, I fielded phone calls and texts and felt sad and worried. I should be there. This shouldn’t be so hard. (That particular thought is a super-helpful one, by the way. I really recommend it if you’re having a pity party.) Every time I think everything is “going fine” we get to a place where it feels like the gulf between him and “regular kids” is getting wider instead of smaller and maybe we’ve just been kidding ourselves. And my very favorite: He’s supposed to leave for college in in a year and a half. Are we crazy to think he can do that?

They got through the trip and headed home. I watched the parade on television, on Thanksgiving, and both kids looked happy. I held on to that, even as the next round of perceived injustices started pinging my phone.

After another all-nighter on the bus, everyone arrived back exhausted. I tried to get the kids to sleep as much as they could to recover before heading back to school. Ultimately, it became clear that they were both sick; my son stayed home yesterday and went back to school today with antibiotics on board. He’s not feeling his best, obviously. The trip was very taxing for him, even when you remove illness from the equation. My husband told me he came home wondering if our expectations are too high; it just all seemed so hard for him. Maybe we need to rethink what he can truly handle. What if he’d been there without a parent? What would he have done? (“Figured it out?” I ventured. But neither of us knew if that was true, not really.)

I had a (rare) moment of clarity in the midst of all my worry. “Hey buddy,” I said to him, yesterday, as he lay on the couch, looking pitiful. “Did you have fun in Chicago?”

“Yeah,” he said, without hesitation. “It was a good trip. I mean, it was kind of stressful, but I’m glad I went. It was fun.” I looked at him, really looked at him—lying there all gangly limbs, needing a shave, nearly a man but still so young—and knew he was telling me the truth. His truth.

And just like that, I realized my husband and I had been judging his “success” through the lens of our own discomfort, rather than his. We saw unhappiness and stress and assumed that’s all there was. For him, that stuff (mercifully) faded into the background pretty quickly. He was fine.

tl;dr: It’s possible I worry too much.