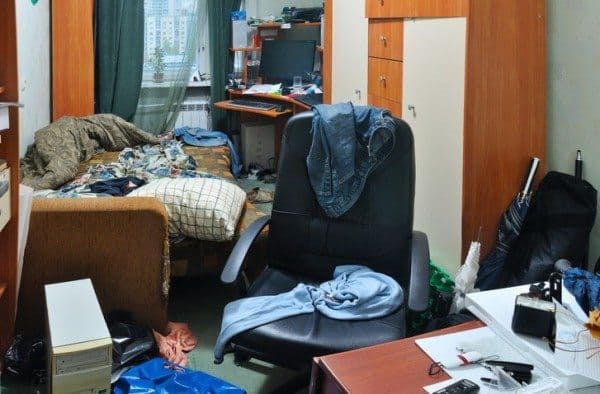 Organization makes me happy. I am not what you would call a spontaneous, wild sort of person. (Please try to control your laughter at this notion, if you’ve known my cautious and boring self for a long time.) I like to know what’s happening and when it’s happening. I like lists and schedules and routine. The joke about how I don’t have OCD, I have CDO (with all the letters in alphabetical order, as they should be) is a very popular one ’round our house.

I believe that God has a sense of humor, which is why I have been blessed with two magnificent children who both suffer from some degree of executive dysfunction. This is a fancy name for “disorganization,” though of course it’s a little more complicated than that. The thing is, most humans aren’t born knowing how to organize themselves; this is a skill most of us learn as we grow and mature. No one faults a 6-year-old or a 10-year-old for failing to be a paragon of efficiency. But even when you know your child has challenges in this area, the move into the teen years can be brutal for them and you. At the same time when you, as the parent, are struggling with “shouldn’t they be able to do this by now?” (even if you “know better” because you know this is an area of challenge), the affected child is likely looking around at their peers and taking a significant hit to their self-esteem with the realization that their struggles aren’t universal.

It’s a tough time, and a delicate balance. I want my kids to improve their independent functioning, but it can be hard to figure out the difference between “stretching their competence” and “pushing too hard.” We have a long way to go, but every little victory is a celebration.

Executive dysfunction can be broken down into two areas of difficulty: organization and regulation. Most people who struggle in this realm will have impairment in both areas, but will often skew one direction or the other. My son—who is on the autism spectrum—is still challenged by regulation. Simply put, he doesn’t adapt well to change. Thanks to years of various therapies, he has a good-sized toolkit to help him stay organized, but his ability to regulate his emotions and behavior in the face of unpleasant or unexpected circumstances still lags behind that of his peers. In contrast, my daughter—who has a fairly new yet oh-my-gosh-that-explains-so-much ADHD Inattentive Type diagnosis—has always been able to “put on a good face” in most situations, but scratch the surface and you’ll reveal missed deadlines, lost work, and a trail of strewn items that leads you right to where she’s likely staring out the window saying, “Wait, what was I supposed to be doing?”

Dealing with these sorts of issues can be complicated at any time, of course, but assisting teens who either want total independence (my daughter) or who should be moving towards greater independence (my son) makes the necessary dance even more delicate. This is by no means an exhaustive list, but here’s a few tools in our family kit that are helping us all get through:

I was not always a list-maker by nature, and the kids balked at this in the beginning, too, but visual anchors are invaluable when you’re likely to get distracted or wrapped up in something. We have our online virtual school to thank for this one; they offer checklists for their courses which I found to give my son more autonomy when it came to keeping track of classwork, and then we had similar success for my daughter, too. Make those lists. Even for dumb things. It serves a dual purpose of keeping them on track and reinforcing progress as they work.

Most behavioral therapy approaches to autism encourage visual schedules and reminders as easier for folks on the spectrum to digest. While we’re well past the days of needing to leave pictures of stick figures brushing their hair on the bathroom mirror (yep, we did that), we do still have some behavioral regulation type charts in the kids’ schoolwork area. Those are more for my son than my daughter, but both kids benefit from…

The sanctity of the time-out

Too often we think of time-outs as punishment for unruly little kids, and perhaps the very best thing we’ve done in terms of coping strategy in our family is to honor the time-out and keep it holy. Time-outs are not punishment. Time-outs are a sacred “I need to take a break and gather myself” right which any family member can exercise at any time. When you’re asking a person to work on their self-regulation, you cannot deny them the opportunity to step out of a stressful situation and regroup. You can’t take a time-out for hours on end, of course, but when nerves are fraying or tempers are flaring, “I need to take a break” is hailed as a productive (not to mention mature) choice. My son will often go do something physical, while my daughter usually opts for some music in a dark room. Either way, knowing that they can step out, calm down, and come back when they’re ready is huge. No matter what the project or the deadline, it’s time well spent to get your head back in the game.

Visual reminders are often enough for my son, but my daughter has discovered she can tune out just about everything… except her cellphone. She now sets alarms on her phone to help keep her day on track. If she has somewhere to be or something to do, she sets that phone alarm. My son uses the alarm on his watch to remind him of online class session times, but my daughter will set alarms for everything from eating breakfast to what time she should start getting ready for bed. Whatever works, right?

Pick your battles (and don’t be afraid to change ’em)

For a long time I felt like my daughter “ought” to be able to get herself up in the morning. We purchased alarm clock after alarm clock—she currently owns four—and she continued sleeping through her alarms while we enacted pointless consequences for failure to be up on time. You know what? She’s not a morning person, and we’re already up, and it’s really not that big of a deal to wake her up and make sure she’s out of bed. I may threaten that she needs to get on top of things or I’ll have to go away to college with her, but she’s got years to go and other stuff to work on; eventually I realized this was not a fight worth having. Similarly, I used to try to insist that my son handle certain schoolwork on his own before I would check it—thinking he needed to hone those decoding skills before I stepped in—and the resultant meltdowns showed me it was too much, too soon. We now have a habit of “assignment run-down” before he starts working, where he shows me what he thinks he needs to do and gets confirmation that he’s on the right path before he starts.

We’re probably a long way from what could be called organization, but baby steps are still steps, and bit by bit we’re figuring out how to let them grow their skills and still feel like “regular” (whatever that means) teens.