Twitter Facebook Pin It Email Article
Prev Should You Use a Care Package Service for Your College Freshman? Next Sometimes It’s Okay To Be Off Your Parenting Game 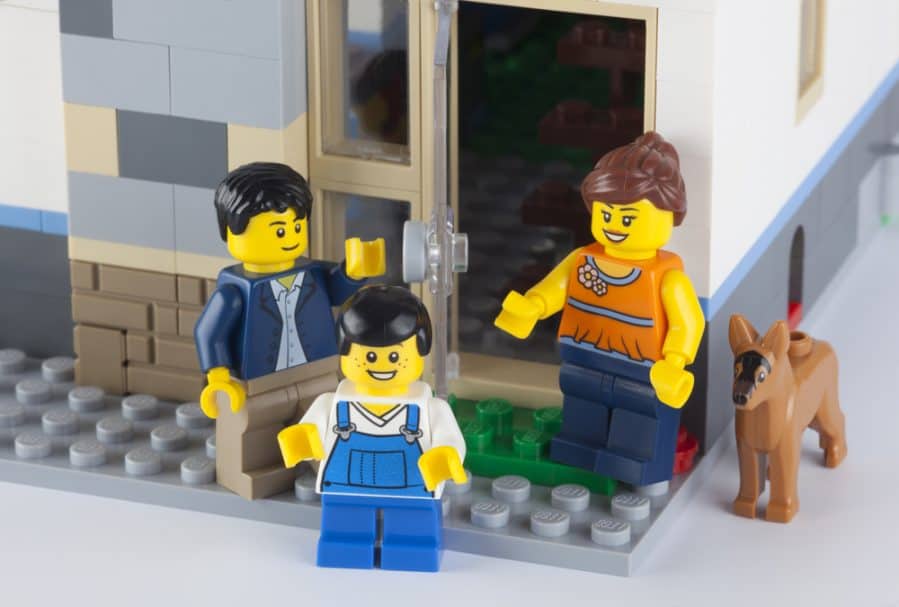 When the Parenting Formula Fails to Solve For X

I feel the need to preface the following with a disclaimer about how there aren’t any Parenting Olympics. I have an inherent dislike any attempt to quantify the struggles and joys of raising human beings; I am just as put off by someone trying to claim that a given developmental stage is “worse than anything else” as I am by a parent claiming that non-parents can’t possibly understand the joy/wonder/whatever. Everyone’s experience is their own. While parenting has, for me, indeed turned out to be the sloganed “toughest job I’ll ever love,” I try to never assume that my experience is better or worse than anyone else’s. (Let’s assume that because I’m human and imperfect, sometimes I fail at that.)

Okay. All of that said, I want to talk about a friend’s comment on social media and the conversation which followed. Said friend has a very large social media following and posts often on a variety of topics, often with her tongue firmly planted in her cheek. Yesterday, I saw she’d posted this:

Anytime I see an article that claims that parenting teenagers is harder than parenting toddlers, I have to laugh. Being able to walk out the door to go to work with both kids asleep, leave them a list of chores to do when they wake up, and trust that they are capable of making their own food: priceless.

The poster, it should be noted, has two “good kids” (whatever that means), ages 11 and 14. Her oldest begins high school and her youngest begins middle school next week. I know her kids and they’re delightful. My friend and her spouse are, by all accounts, great parents. I get what she was saying. I know the update was designed to be amusing. And the comments pretty much bore out what I expected: those with younger children were envious of her relative freedom and looking forward to something similar; those with older children all pretty much responded with a variation on “Uh huh. Enjoy it. Just you wait.”

I adore my friend and know she meant nothing rude or superior with her post. In fact, when our family was going through crisis after crisis with first one kid and then the other, she was not only a wonderful support and empathetic ear, but an invaluable resource as we navigated through the maze of educational options for my youngest and then psychological support and treatment options for my oldest. I know—and she confirmed it, several times, in the discussion that followed as everyone else weighed in—that she knows there is no formula for parenting which yields “easy” kids without fail. I know she never judged us (or anyone else) when the path was bumpy. I know these things.

Still: her update stung, a little. Not because of what it said, but because of the implication behind it, the unwritten subtext suggesting that everyone must enjoy such parenting ease once the kids are old enough to cut up their own food and do chores.

In very short order, a mutual friend of ours and I found ourselves quietly discussing. We both have teenagers who have struggled. We both know our friend to be sensitive and kind, and we both felt taken aback when we’d read her words. Again, it wasn’t anything beyond her celebrating her own contentment.

The problem is with how we, as a society, view parenting. It is something to be done “right,” and in our global view, when done correctly, it yields Good Kids™. Look, raising babies and toddlers is difficult and exhausting. No one takes issue with a bleary-eyed new parent who confides that the baby’s colic has driven them to wit’s end, or when pictures of an entire 5-pound sack of flour emptied all over the house are shared with a simple caption of “I tried to shower. I regret my decision.” We all agree that tiny humans are complex and trying and life-sucking just as readily as we agree that they are miraculous and beautiful. At the same time, we don’t judge a struggling parent or the child during these years. No one suggests that colic may be a result of your poor parenting. No one (okay, at least no one who’s ever raised a kid) would view a screaming toddler, prostrate on the floor, and ask her mother if she’d done something to cause this disturbing display of emotion. And no one whispers about your screaming baby, speculating on his inherent worth because his behavior is unpleasant.

Parents of young children get—not always, I know, but for the most part—a pass when it comes to parenting. People assume you’re doing your best and your kid is just being a normal kid.

Parents of older kids, and especially parents of teenagers, are afforded no such latitude. When a teenager struggles, we’re quick to attribute it to poor parenting. Worse, we’re quick to assume said teen is… I don’t even know how to put this… defective? Less than? Unworthy? I mean, sure, ask someone directly about a kid they know and love and they won’t say any of those things. But as a society, as a general rule (particularly if you’ve never experienced a struggling teen of your own), the assumption is that good parenting = trouble-free kids. Poor parenting leads to troubled kids, and troubled kids are someone else’s failing. We are quick to “other” those families, lest they threaten our belief that our kids will be fine, because we’re raising them “right.”

This isn’t about my friend’s post. This is about something much larger and more insidious, but reading through the reactions to her post really made it clear to me (and my other friend). Parents of babies get to compare notes and commiserate. Parents of teens make rueful, vague comments in code—fellow parents who’ve been there understand what’s being said, but those who wouldn’t get it aren’t given the specifics and opportunity to gawk or judge. We are protecting our kids’ privacy, some, but we’re also trying to shield our families from judgment. We’re terrified of being seen as bad parents, when in reality we know there’s only so much we can influence, and then it’s just the luck of the draw.

The friend who wrote the post was gracious and smart in her responses to those of us who felt the need to point out that laughing at the notion of parenting teens being hard is perhaps not the most supportive stance one could take. She was quick to point out that she is lucky, for one thing, and that said luck could certainly change. I left a few mild comments (though I couldn’t resist responding to a commenter who said she was “excited” to begin her stepmom adventure to a teen because they “sleep a lot and clean up after themselves” with a comment about how adorable her comment was and I hoped she’d come back in a year and tell us more about how tidy teenagers are), and our mutual friend left a more serious comment about how sometimes you do everything you know how to do and things still don’t go according to plan. I doubt a social media discussion is going to change anyone’s deep-seated biases on this topic, but speaking up is a start.

If your parenting adventure is going great, I’m happy for you. Truly. But I implore you to find some awareness of and compassion for those whose experience is different. We need it, and it costs you nothing. (And not to scare you, but your situation could change. “There but for the grace of God” and all of that.)

If your parenting adventure is not going according to plan, if you feel like you did everything (or most things) “right” but your child is struggling or downright lost right now, I want you to know that you are not alone. You are not a bad parent. Your child is not a “bad kid.” Life is sometimes random and cruel and unfair. We do the best we can and hang on tight and hope to make it through. You may not hear as many fellow parents talking about it as talk about how great it is that Junior can pack his own lunch now, but you are not alone. I promise.

Dear readers, as you have noticed by now, with the new website, we have a new commenting system. You can leave a comment without having to register. Just sign in as a “guest.”