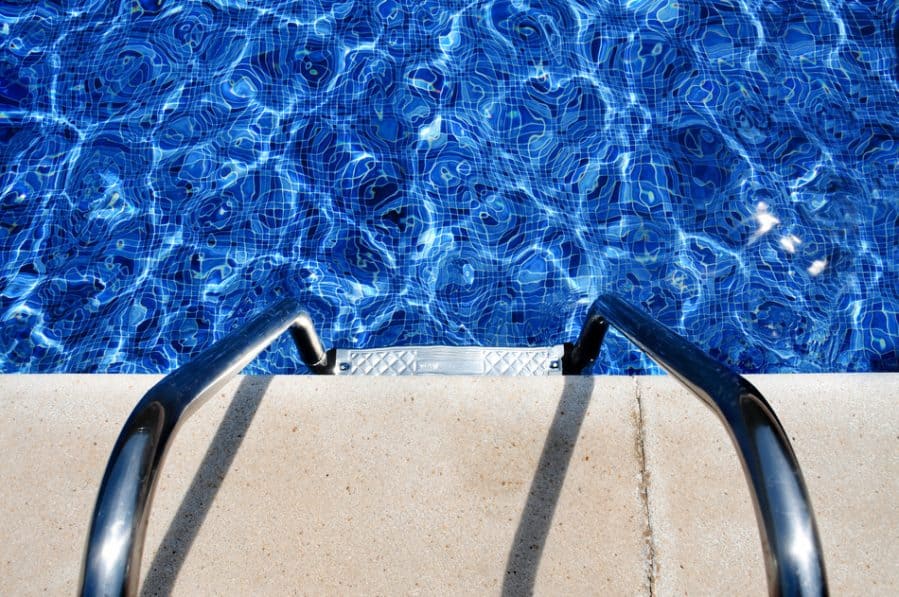 How to Determine if a Pool is Right for Your Family

I’ve now lived in the South for coming up on a decade, and it would be hard to pinpoint my favorite thing about it. Could it be the near-universal love and over-implementation of bacon in the local cuisine? Is it the way it almost never snows, and everyone freaks out on the rare occasion when it does? Maybe it’s the magnolia trees…? There’s plenty to love, but if pressed to name my favorite, it would have to be that the cost of living here in our little town is much less expensive than where I used to live. In fact, when my husband and I started looking at houses down here a decade ago, I was pleasantly surprised by how much we could afford—way more than either of us could even think about in our native New England.

I offer this by way of explanation as to how we ended up with a house that has a pool. Part of it was that we could afford it and it makes a lot more sense down here than in the land of “Time to open the pool! Too cold! Too cold! Oh, that’s nice—wait, it’s snowing! Close the pool!” And part of it was that I was moving my children a thousand miles and wanted to make sure their new home was inviting and exciting to them, to ease the transition. My husband was skeptical, but the kids have grown up in that pool, and I’m glad we made the choice we did. Most of the time.

So… how do you know if a backyard pool is right for your family? Knowing what I know now, I think I can help you figure it out. Simply ask yourself the following three questions, and you’ll have your answer in no time.

Does your family love to swim?

The first question is also the most obvious. If you don’t enjoy swimming, a pool is probably not for you. You don’t need me to figure that out. But did you know that children who love to swim and always want to go swimming are 500% more likely to magically develop an aversion to the water than their non-pool-owning counterparts! It’s true, because that’s how children work. Half the lure of “going swimming” used to be that mom needed to pack up half the house and drive them somewhere and then they could whine and complain and beg for expensive snacks and then it was somehow an even longer drive back home when it all got to be too much. In the world of offspring, driving your parents insane is half the fun. If all you have to do is walk out the back door, geez, water is stupid and everything is terrible. Just a friendly warning.

Do you have entirely too much money?

Sure, this house and its pool were ridiculously affordable after selling a home in a more expensive area—though you may be putting a pool in at an existing homestead, in which case you can start kissing your money good-bye right away—but it’s not the purchase of the pool that’s expensive. It’s the owning of the pool. We compared the “projected operating costs” to the cost of dues at our neighborhood pool, and decided it was six of one, half-dozen of the other, as far as finances were concerned. This is because we’re very, very stupid. Turns out, “operating costs” are… somewhat subjective. Owning a pool is the single best way I can think of to rid yourself of unwanted excess dollars.

Here’s a brief and incomplete list of just some of the things we’ve had to spend money on in association with our “super affordable” pool:

Do you love surprises?

What’s more fun than a surprise, am I right? Oh my, owning a pool is a great way to make sure you never run out of those fun little unexpected thrills. If you’re confused, I have two words for you: skimmer basket. The pool skimmer is the little enclave that sits in a sidewall of the pool, just above the filtering pipe, collecting solid foreign matter into its basket before that water is sucked out into the filtering system. By far the most abundant item in any skimmer basket is leaves—as they fall into the pool and get swirled around, eventually the jets and the suction will wash them into the basket, and you can lift the basket and dump them out, easy-peasy. But. The fun doesn’t stop there, because you never know what you might find in the skimmer basket! It’s a fun surprise every morning, all summer long!

In no particular order, here are some of the more memorable items I’ve found in the skimmer basket when I’ve gone out to do a quick morning cleaning:

There you go! Answer those three simple questions and you’ll have your answer. Owning a pool isn’t right for everyone, but if it’s right for you, I’ll be right over because I love to swim. Do you have a towel I can borrow?