Twitter Facebook Pin It Email Article
Prev How to Determine if a Pool is Right for Your Family Next When Justice Isn’t Served, What Do You Tell Your Teens? 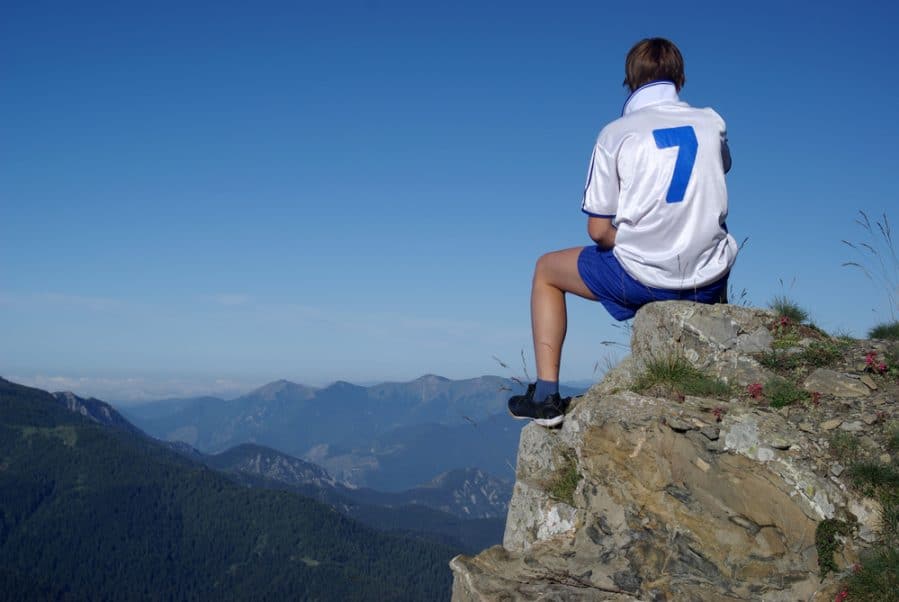 When Other Kids Suck the Joy Out of Beloved Activities

How do you deal with activity groups (I am specifically thinking about Scouts, but could be any club, I think) where your child (and you) have put in a huge amount of time, effort, money, etc., with the thought that you are part of a caring group who support each other, and when it really matters, they get no support at all. My son is in Boy Scouts and working on his Eagle Project. We have allowed many boys to use our shop and my father as a mentor for their projects, with the understanding that when it comes time to help my son, they will. He has asked for some help—and did a bake sale to raise funds—and got nothing from anyone within the troop. He’s also trying to start up a VEX robotics team with the Scouts (we pitched in a lot of money for this), did a great presentation to the leaders and got their support, but just got heckled and picked on from the boys who want nothing to do with him or it. He is so close to finishing but wants to quit due to a bunch of rotten kids. How do we explain to stick it out and just ignore the jerks?

Oh, boy. I’m really sorry to hear this is happening to your family.

Your question is about how you get your son more willing/able to stick it out, but I’m going to get to that part in a minute. I think there’s a couple of other items to address, here, before we’re ready to talk about that.

All other things being equal, does your son love Scouts? While my family doesn’t participate in Scouts, we have friends who do, and I understand that by the time you’re embarking on your Eagle Scout Project you’ve literally committed years to the organization. Lack of support and poorly-behaving pack members aside, is this still something your son loves? This is a conversation worth having as a family, in my opinion. See if you can get him to tease apart the hard stuff from the actual business of scouting and see if he’s still wanting to proceed. I’m a fan of seeing through one’s commitments, but there is a difference between “I want to quit because everyone is being awful” and “I want to quit because everyone is being awful and also I no longer care about this.” Your question assumes the bad stuff is tainting the whole experience, but maybe make sure that’s the case before proceeding. I’m not saying I think this is the case, but maybe there’s some lack of support because your son doesn’t want to keep going and the other pack members know that…? It’s a possibility, and all I’m saying is be clear on this before deciding how to move forward. If for whatever reason he just hates everything about it, I’m not sure I’d force him to continue, personally.

Assuming he does love Scouts and wants to continue, what can be done about the pack dynamics? Again, from what I understanding about scouting (though, admittedly, as a bystander), the behavior you’re describing is unacceptable, period. If the pack leaders are behind your son’s ideas, why are the other pack members being permitted to belittle him and refuse to help? Do the leaders know this is happening? Has there been a recent discussion about everyone working together, etc.? I know teenagers can act like unruly beasts and not everything can be fixed with adult intervention, but any leader worth their salt would be stepping in to rectify this situation. So either the leaders don’t know (in which case, time for a meeting with them) or don’t care (in which case, ouch). If nothing else, it seems a pack meeting about respect and reciprocity is in order. If your family has assisted other kids who are now turning up their noses at your son, that’s appalling and needs to be addressed among the adults involved, and then directly with the kids.

Please understand that I say all of this as a parent of a kid who gets picked on a lot because he is different and awkward. I’ve been through every possible iteration of “how do we get through these activities in the least harmful way.” I sing the praises of marching band over and over (both here and everywhere else), and I would love to tell you that we never experienced anything negative there, but that wouldn’t be true. What I can tell you is that a good leader emphasizing group unity and support will keep that nonsense to a minimum. Has my son been bullied in marching band? Yes (though much less often than has happened elsewhere). On the other hand, when it comes to accomplishing band goals, he was never impeded (and has often been helped) because the group—including the more difficult kids—knows how important it is and how disappointed the director would be if they didn’t find a way to work together. I guess what I’m saying is that kids may well act like jerks no matter what, but adult leaders should be held accountable for instilling “good groupthink” to keep productivity and kindness at the forefront.

Finally: How do you help him stick it out at this point? Assuming you’ve established that he really does want to complete his project, and you’ve done everything in your power to get the leaders to address these issues with the troop, and things are still not optimal (because that’s a real possibility), how do you help your son move forward? Life lessons abound in this situation, obviously. We can’t control other people. We shouldn’t let other people rob us of our own joy and/or productivity. Sometimes life just isn’t fair. And so on—pick your favorite aphorism and go with it, but it probably won’t be enough to make this situation fun. So here’s what else you do: You sit down with your son and talk and then really listen to what he needs. “How can I make this situation better for you? What are the practical steps we can take to make this easier?” Think about what works best for him in terms of enduring an unpleasant situation. Would writing out a full schedule, complete with a countdown to when he’s done, help? Do you know other folks he can turn to for assistance if his troop continues to be uncooperative? How can the necessary steps be split up into manageable chunks so they can be interspersed with more pleasant life activities and he doesn’t get bogged down in the negativity?

In our family, we talk a lot about how others’ poor behavior is 99% about them and shouldn’t be taken personally. Reframing is the name of the game; if someone is being horrible to you, most likely they’re unhappy, themselves, and can use some extra kindness. We also talk about the future—how great it will be, later on, when the kids have more freedom to structure their lives and remove a lot of the interactions which are currently stressful but unavoidable. At the same time, I try to highlight that almost no one gets to live a stress-free life, and even in adulthood there are times when we have to endure unpleasant people. It stinks, but that’s life. The sooner we learn how to cope with these things, the stronger and better off we are. (And for whatever it’s worth, I always found the advice to “ignore the haters” or whatever very difficult to follow, as do my kids. It’s hard to ignore what’s hurtful. Again, reframe: “notice and move on” is what we say, instead. Because of course they notice! But then take a minute to go, “Huh, that really has everything to do with them and nothing to do with me and I’m not going to let it interfere with my goals.” Done.)

In short: You may be able to effect some change by speaking with the leaders, and you may not, but either way, you can best support your son by acknowledging the difficulties here and working together to help him find his way through. I’m going to cross my fingers that the leaders come through for you. Even if they don’t, though, it sounds like your kiddo has some awesome parents behind him. I think he’ll be okay.