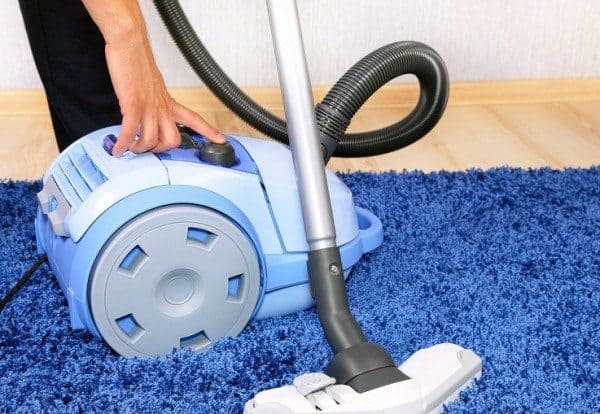 End The Chore War With Your Teens

Like most people, I was a much better parent before I actually, you know, had children. I had tons of experience with kids and I read a lot of books, too. (Go ahead and laugh.) I knew that it’s important to counterbalance privileges with responsibility, and there was no question in my mind that my special snowflakes would be raised to pitch in… well, if not cheerfully, at least with a sense of loyalty to the household. I knew that children are naturally eager to be like Mom and Dad, and that “me do it!” can be parlayed into a routine of ever-increasing self-sufficiency and household contributions. My children would never complain about chores!

And then… I had kids. Ahhh, hubris.

So the thing is, children have their own personalities and foibles (who knew?) and what works for one may not work for the other. My bag of tricks from my nannying days—which totally worked with my charges, back then—wasn’t the panacea I’d planned when it came to convincing my own offspring to please, for the love of God, pick up this pigsty. We’ve been through years of different approaches, treating both kids exactly the same, treating the kids differently, being militant about expectations, backing off and seeing what happens, and the results have been mixed. Sometimes what worked for a while stopped working when the kids got older. Sometimes revisiting a failed approach later on yielded success. Here’s the only thing I know for sure: As my children hurtle towards adulthood, my goal is shape them into both self-sufficient and helpful humans. Anything that gets us closer to that goal is a win.

Here’s what I’ve learned about Teens and Household Chores:

This mantra applies to so many facets of life, but I find myself repeating it quite often with respect to chores. There’s no such thing as everyone in the house doing the exact same amount of work. I work from home, so I cook dinner a lot more often than my husband because it’s easier for me to do so. But he does way more yard work than I do. Etc. Yes, son, you unload the dishwasher more often than your sister, because you’re homeschooled and you’re here. She, on the other hand, is older and tasked with a multitude of chores we’ve never even had you attempt, yet, so it’s our belief that at the end of the day it’s more or less fair. But don’t look for equal, because that’s not happening. (Pro tip: teenagers just love it when they complain about perceived inequality and you respond with, “Comparison is the thief of joy.”)

Assignments vs. pitching in

I know some families chart out weekly chores so that there’s no mistaking who’s responsible for what at any given time. I’m not knocking this method—it works well for some—but when we tried to legislate every task this way, a certain debate-loving teen of mine refused to do anything that wasn’t already on the chart, because “That’s not on the chart this week.” Through trial and error, we settled on a workable combination of “these are tasks we expect to be completed every weekend” and “these are things we may be asking you to do throughout the week.” So, for example, the kids’ laundry must be done by Sunday night, but anyone could be asked to do the dishes after dinner on Wednesday or vacuum the family room on Monday.

By any means necessary

By the time the kids are teens, ideally we parents can back off some on how/when tasks are completed. I used to assign chores and that was that; nowadays, I present expectations and leave the kids to work out the details between themselves. My daughter will often pay her brother to do her chores. That’s up to them, and as long as stuff gets done, I don’t care. Similarly, at one point they swapped their “regular” chores with each other, then asked if that was okay with me. Sure! These are actually very adult skills, I think, learning the value of time vs. money and how to collaborate with others. (Obviously this doesn’t apply if you only have one child, but if it makes you parents of “onlies” feel better, my kids also bicker endlessly, so there’s that.)

Raise and lower your expectations

On the one hand, older kids can do more, and can do better than littler kids. On the other hand, you have to pick your battles. If the folded laundry is sloppy, is it worth a confrontation? Probably not. Is the demand that rooms be kept spotless the hill you’re willing to die on? The trick to ratcheting up responsibilities is to relax your standards on the things that don’t matter all that much. So yes, as my youngest moved into teen-hood we started working on skills like hand-washing pots and pans in addition to dishwasher loading, but if he wants to leave dirty socks all over his room, eh, it’s not my problem (until laundry day, when he knows he’s expected to round up his mess). But dirty socks in communal living areas are not acceptable. Also, remember our foray into creating cooperative kids? One of my favorite tricks from there is the sacred phrase, “When can you have that done by?” Giving your teen that flexibility/power tends to pay off in compliance.

Chores aren’t really about chores; it’s about shaping our kids into helpful and responsible adults. Even though I expect chores to be done, that doesn’t mean I’m not grateful for the effort. I make a point of saying not just, “Thank you for doing that,” but also things like, “I appreciate you” and “That was so helpful” and “You doing that for me made my day easier.” My husband and I also make similar remarks to one another (“Thank you for making this delicious dinner,” “I appreciate all the work you put in on the lawn today”). I believe the kids are picking up this “attitude of gratitude” by osmosis, even if it’s sometimes obscured by periods of extreme teenage ‘tude.

None of this is to say we don’t still have the occasional chore battle, here, but I still think (hope!) we’re winning the war on teenage entitlement, one boring household task at a time.

[…] failure when it comes to them. For example, today on Alpha Mom I share that I am pretty good at getting my kids to do their chores, and I don’t scream or beat them or anything. So I’m still stupid, but at least we […]

You know at 8 and 5 I already expect a lot of them, and I particularly like the whole ‘contribute to the family household’ thing rather than chores. And we did so well in the summer! Suddenly hockey season started, school is back on next week (here in Toronto) and as if by magic the whining has begun. WHY, I ask? It’s just so unfortunate. And I find myself returning to the person I do not want to me (honestly, I try not to yell and sometimes I even succeed but why does this have to turn into a challenge… Read more »

My kiddo is a happy helper, right down to her very soul. She truly wants to make you happy and if cleaning the basement will do that, well, then, so be it. She’s eleven now and she still likes me a lot! I’m holding on to that as long as I can. For the future, when she’s less likely to do things just for the greater good, we have instituted a rewards system that includes money, sometimes manicures, trips to the dollar store, etc., all dependent on the level of chore being completed. She understands and was taught the value… Read more »

I’m pleased that my 8yo has taken to his weekly chore with no complaining (collecting/taking out the garbage) and his 5yo sister is now willingly helping me set the table, and wants to “wash” dishes. It’s fun to let them accomplish stuff like that, even if they do it somewhat badly, and for them to see how nice helping out can be. I have hope for their teen years. Wise, Mir, thx for the advice.

Yes yes YES! To the gratitude thing. Oh my gosh. The, “why should I praise my child for something that’s expected” thing grates on my nerves so much. Expectations without gratitude is what’s known as “taking for granted.” You don’t like it, why would your kids?

Exactly. I don’t think a “Wow, you did such a good job!” or “I’m so proud of you!” is necessary—it’s chores, not brain surgery—but it does make life more pleasant for everyone in the house and I really do appreciate the help (whether it’s required or not is not the point). Who doesn’t like being thanked? I just feel like it’s reinforcing for everyone involved. 🙂

This also works with husbands.  I’m transitioning back to working more now that our kiddo is older and day care is more school how than eat sleep poop and I missed working too.  Anywho, he’s having a heck of a time dealing with me not being able to do all the household stuff I could get done with kiddo napping for 4 hours a day.  (Good sleeper, thank the dear Lord, which scares me from having another).  Getting him to take ownership and me to let go has been a good challenge.  And the kiddo’s fear of vacuum is an… Read more »

Mir, you have a great sense of humor! The article was helpful in dealing with my ever changing household. My kids at home are 15-22. I”m really struggling with fairness since two of them have jobs. We live on a small farm, and there is so much to do!

It’s a never-ending balancing act, for sure. I’m glad you enjoyed this piece and wish you luck! 🙂