Twitter Facebook Pin It Email Article
Prev One Room, Two Bedtimes Next Learning to Homeschool in the Time of COVID-19 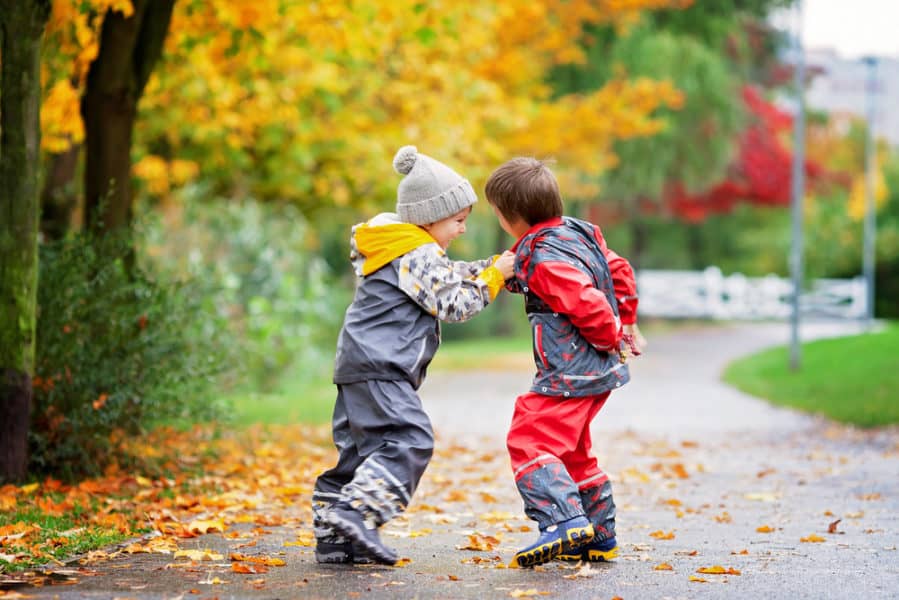 I have loved poring over your advice for the last two years, and I’m hoping you can help me now. Last night I yelled at a toddler I don’t know.

Let me set the scene for you: a crowded kid-friendly restaurant on a Saturday evening, the kid area has a playhouse and all ages of kids are playing and getting a bit crazy because they’re having so much fun. My 22-month-old was going in and out through the playhouse door, enjoying the open-and-close action and not really interacting with any other kids directly. Then one time she opened the door to go back inside the house, and a little girl who was inside (who was only slightly bigger, and probably was very close in age because my daughter is on the small side) was standing there. And then she punched my daughter with a closed fist in the neck-chest a couple of times. I scooped up my daughter while blurting out “what the hell is wrong with you?!” I was shocked because it was so unprovoked. If there had been some lead up, I would have tried to intervene or at least have been on my guard, but it came out of seemingly nowhere.

I am really embarrassed. Thank goodness the little girl couldn’t understand me because I spoke in English and I live in a non-English-speaking country. I had never been in the situation before, and I honestly don’t know what I would have said if I were in an English-speaking environment. I like to think I would have said, “there is no reason for hitting!” or something along those lines. But I honestly don’t know. I should have prepared myself for that months ago, but I just didn’t. And I feel awful.

My temper was a little frayed because I had just cleaned up a crazy amount of poo in the bathroom (in the restaurant we had the first poo-in-pants accident since we started potty training and instead of remaining calm when I was trying to delicately peel off her pants so that the poo would fall nicely into the toilet, she panicked. Poo went all over the toilet seat, on the back of the toilet, on the floor, on my leg, on her shoe, etc.), but that is no excuse. Today I have been practicing simply responding with a firm ‘no!’ in the local language and I hope I’m ready to act like an adult next time.

But here is my question: what do I say to my daughter? I don’t want her to hit back. I would like her to be comfortable getting out of violent situations even if she is mad. What should I tell her so she will have the appropriate script in her head?

Thanks for any advice you can give!

Okay, let’s break a couple things down here that you probably already know about toddler behavior:

1) Toddlers hit. Toddlers hit and punch and push and bite and pull hair. And they do all of these things a) completely out-of-the-blue and unprovoked, quite often, and b) for no other reason than to see what happens. That little under-two girl on the playground probably isn’t a bully or a sociopath in the making; she was just experimenting with cause and effect. And hoo boy, did you ever give her an effect.

2) Your toddler will very likely do something similar someday. Either to you or another child or an animal, possibly out in public in front of other people for maximum mortification purposes. And you probably won’t want another parent to react the way you did.

So that right there is my overarching guiding principle when it comes to interacting and correcting other people’s children in general: Do unto other peoples’ children as you would have other people do unto yours. And if I may double up on the quasi-religious tenets: Never forget that there but for the grace of God go you. One day your kid might be the one displaying the exact same awful behavior out in public that you once judged another child (and its mother) for so harshly, and man, that crow tastes super salty and bitter.

Obviously, hitting and punching and biting and pushing is not okay and requires a reaction. While I would probably freak out if I heard someone ask my toddler “what the hell was wrong with you,” I would be absolutely okay with another mother stepping in to intervene if my child was hitting or throwing toys or anything like that. (Especially since there’s a high likelihood that the only reason I’m not intervening myself is because I’m trying to watch three children at once, in three different places. I would bet cash money that your little playground puncher has older siblings as well, and is mimicking some less-than-awesome behavior she’s learned from them. Yaaay siblings!)

How kids can handle aggressive behavior from others

Our personal scripts for aggressive behaviors are hands are not for hitting, feet are not for kicking, teeth are not for hurting, etc. (There’s a nice series of books along these lines that I’ve found really helpful.) Pick the appropriate phrase and say it as calmly and evenly as possible. If it is my own child, I put my hands gently over the offending body part, then offer a redirection. (Hands are for…building with these blocks! Feet are for…walking into the playhouse!) If it is a complete stranger’s child and I don’t feel comfortable touching them (i.e. I have never met the parents, they aren’t a neighbor or part of a playgroup, etc.), I still use the same verbal cue but put my hands on where the physical contact was made on my own child. Then again, redirect, then step back.

Learning lesson for next time

Whisking your daughter away at the first sign of conflict (and responding with angry words) actually means you lose a valuable teaching moment. She does need to learn to deal with kids who play rough or take toys or who are just flat-out aggressive. And you don’t want her to have a big emotional reaction over every minor playground scuffle, so try to help guide her through the proper reaction. And believe it or not, the lesson is actually more likely to “stick” during a real-world encounter with a close-in-age peer than if you simply try to hammer down a script for her to use the next time it happens.

If the other child KEEPS hitting or punching (and there’s no parent nearby to intervene), by all means, remove your child from the situation. Calmly, though. “We don’t like playing with people who hit, so we’re going to play somewhere else.” But she’ll get so much more from the experience if you take a deep breath and accept that this is a natural part of toddlerhood, and BOTH children will benefit if you can keep your temper in check. You are part of the village, and sometimes the village includes little bratty kids that man, you just don’t like very much. But that doesn’t mean it’s okay to let them know that, because you know, you’re the grown up.

Confession time, though, lest you think I’m all perfect at stuff like this: Once, I yelled at a little girl on the playground. YELLED. Noah was probably two and a half, and an older (I’d guess age four or so) girl approached him, talked to him nicely and put her arms out like she wanted a hug. When he obliged, she pushed him backwards as hard as she could. He toppled off a raised platform of mulch and landed on his butt on a cement sidewalk. I ran over and very, very sharply rebuked her. She was a big girl, he was just a BABY, you do not TREAT people that way, do not PUSH, she could have HURT him, etc. She took one look at me and fled. Turns out her mother was chilling at a far-away picnic table with a bunch of other moms, with her back toward us. The little girl ran to “tell” on me (I assume) and the mom sort of…looked over in my direction for a bit before shrugging and sending her daughter back off to play.

In that case, I felt kind of justified for having the “big” reaction (Noah could have been seriously hurt, there was a big age difference, and whatever, that girl knew EXACTLY what she was doing, and probably taking advantage of her mother’s disinterest). But I really try not to respond that way that often, as difficult as it can be to suppress those rage-y mama bear first instincts and keep your perspective on the actual risk of injury/danger. It’s gotten easier, admittedly, now that I have a handful of “oh, that’s MY child who’s acting up/stealing toys/playing too rough” moments under my belt. Hands are not for hitting. Tempers are not for losing. And that rule applies to moms, too.