Twitter Facebook Pin It Email Article
Prev Crazy Hair Day Idea: Gazelle Next Should You Use a Care Package Service for Your College Freshman? 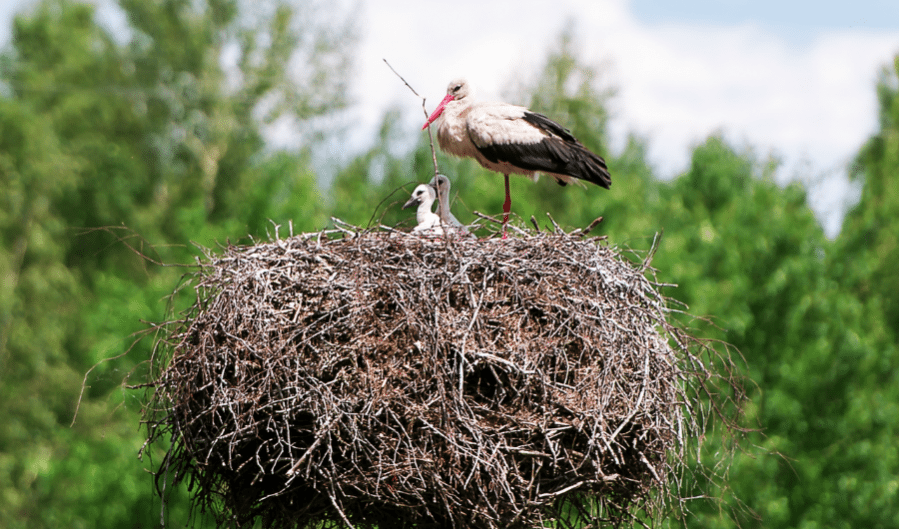 At the beginning of this year, I wrote a piece here, on Alpha Mom, about how to structure the high school years with an eye towards college, the thrust of which—to no one’s surprise, I’m sure—was basically “Be smart, pace yourself, and seriously, calm down.” There’s so much “expert” information out there making people insane with worry or turning every moment into something to put on your applications rather than just letting families live their lives that I felt like I had to speak up.

I stand by the advice I gave, back then. In terms of a big-picture plan for how to approach the high school years in terms of classes, activities, testing, and looking toward a low-stress college application season, I still think that’s the way to go. I’ve been following that trajectory more or less with both kids, and so far, so good. One kid is about to leave for college (oh, did I mention that? a hundred times or more…?) and the other is headed into senior year having narrowed his college picks. In addition, this summer my college-bound student worked her way through her resistance to taking “a job to make money” (read: we explained to her that not every job is a dream job, and especially not when you’re 18, and she should get out there and bank some cash and be reminded of why she’s lucky to be going to college and planning on a career she’ll love) and my rising senior was lucky enough to land a summer gig trifecta of academic honor, money in the bank, and something he loved doing. Everything has gone according to plan! (This summer. Not our entire lives. In case that wasn’t clear.)

For my part, when I wasn’t standing back, verklempt over their progress, cheering them on for spreading their wings, I tried to remember that this is the Last Summer Together (probably not really, but it is in many ways the last summer of my oldest’s childhood) and plan accordingly. We would spend quality time together as a family! We would do all of the things we’d never managed before!

That fantasy lasted about fifteen minutes.

I have one of those giant monthly desk calendars that I’ve mounted in our kitchen; each month is updated with color-coded items to give us a quick at-a-glance idea of who’s got what, when. Sure, we all use digital calendars, but this is a good way to peek not just at our own stuff, but see where other family members are busy, and—my personal favorite—to help me remember which football games are at home and which are away during marching band season. Usually the summer versions of that calendar looks pretty sad and empty.

I fought for years to get them to the point where they’d be happy and healthy and independent, and now they are. They’re busy.

This summer, though… let’s just agree that both June and July look like a rainbow barfed all over the month. With everyone in the house working, that’s been the first obstacle. Second, my son worked days (and is now at band camp during the days) and my daughter works evenings… except when she picks up extra shifts or babysitting during the day. My husband has had half-a-dozen trips. The imminent college freshman has had an entire dance card full of “get this done before you go” appointments, from the dentist to the optometrist to the orthopedist to finally dropping off the ever-growing stack of clothing needing alterations “someday.” (I don’t want to alarm anyone, but it’s possible that now is someday.) Every day it seems like one of us thinks of “one last thing” she needs for school, and earlier this week my ever-stoic younger child got up early for band camp and let me know he was pretty sick but thought he could muscle through a day of camp, maybe, but could I maybe just get him a doctor’s appointment and come pick him up? (He’s fine, now, with meds on board, but of course that was the day his doctor was leaving at noon and not coming back until Monday. We spent an entertaining evening at Urgent Care, and he didn’t miss any camp.) One side of the family had a reunion trip we ended up missing. The other side of the family also planned a reunion, and we left it on the calendar right up until this week, when it became clear there was just no good way to make it happen.

This summer raced past and while my standard answer to “I’m going to call you every night after I go!” (said tongue-in-cheek, I think) is “I’m going to change my phone number,” I’m realizing I miss my kids. Both of them, not just the one who’s about to move out. I fought for years to get them to the point where they’d be happy and healthy and independent, and now they are. They’re busy. I barely see them. The idea of planning an actual vacation fell by the wayside. We moved to focusing on finding a day, or maybe a few, to do something fun. Idea after idea was foiled by scheduling conflicts. Finally we planned an outing. I am looking forward to it more than may be normal.

In the meantime, here’s what I forgot in my “how to get through the high school years and get into the right college and stay sane” piece: While the kids are figuring out their trajectory and you’re doing all of that “Well, how do you feel about that?” sage active listening crap with them… you also have to find a way to be present with them more during a time when they’re around a lot less. As a bonus, you need to be quiet during that time. I don’t know if you’ve noticed this about me, but I’m not a particularly quiet person. I like words. Lots of words! But my time for talking at the kids (yes, I used “at” on purpose) is over.

I’m lucky that my work is flexible, I know. Not everyone can decide to turn down or postpone work during this time. Also, I always giggle a little when people say they’re “morning people” or “night owls,” because I am pretty sure I’m a midday person. I don’t particularly want to get up early, but I’m not energetic late at night, either. So lucky me—I got one early kid and one late-night kid. And in the past, sure, my son would get up super early and I’d see him whenever I got up. And if my daughter worked a late shift I’d leave my husband to stay up for her, or we’d just go to bed and let the dogs alert us when she arrived home. What I finally realized was that I was squandering the only time I have to be one-on-one with them this summer.

I started getting up early, again. I sit with my son as he has breakfast in the wee hours and try to draw him out, some, before he heads off to read or game before leaving for work or camp. I stay up late for my daughter, and tell her I’m going to bed when she gets home, but when I head to the bathroom to brush my teeth, she climbs into my bed and waits for me. We giggle together in the dark until my husband gets annoyed and evicts her. I’m always tired. I don’t care.

We wave at the oldest as she leaves for work and tell her we’ll see her when she gets home. Later she texts to complain it’s a really slow night, so we go to her restaurant for dinner. She sits with us until she has more customers, then heads off to take care of them. I watch her smile at strangers and banter with her coworkers. I pretend to be focused on my salad when she looks our way, though.

I go over to band camp to help out “for a few hours” and end up spending an entire day in the uniform room, sorting and tagging. I can hear my son practicing in the auditorium while I track down missing buttons. His head appears in the doorway on a break. “Hi, Mom!” He flashes a grin and is gone. Later, his sister is conned into bringing us lunch before she has to start working. She stays and helps me organize, for a while. We bicker about safety pins.

I’m not working enough, this summer. A tree fell over in our backyard, the air conditioning went out both downstairs at the house and in one of our cars, and I don’t know if you know how much stuff a new college student needs, or what it costs to feed and house them at school. There’s plenty of bills—expected and nasty surprises—and yet I push off work, reminding myself through the brief flashes of guilt that this time is nearly over, and I can always go make more money, but I can’t make memories with them after they’re gone.

Maybe we don’t get a big vacation. But we get now. It’s mundane and magical and I’m glad I finally remembered to pay attention.

More on Parenting in Summer: