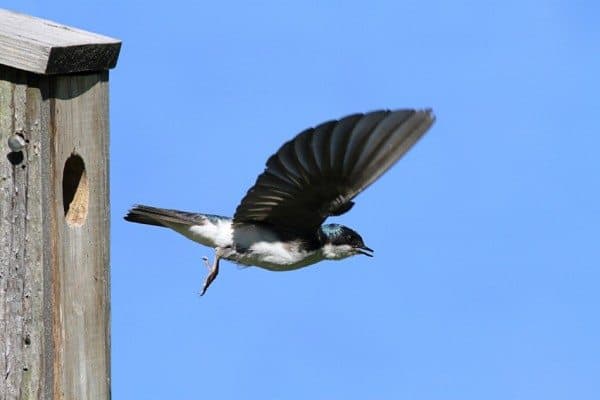 Transitioning To An Empty Nest

I finally did it—I bought a new car. It’s a Prius C (“That stands for City, not Compact. A lot of folks don’t know that!” the chirpy salesguy told us with great pride) and her name is Gemma and I love her. We sold my old Corolla to my oldest (for about fifty cents on the dollar; we’re not monsters, but we did want her to have some significant skin in the purchase), and now every licensed driver in the house has their own car.

My history of anxiety when it comes to money is long and rich and well-documented in my writing. It doesn’t matter how much money I make or how much I have squirreled away in the bank; spending makes me nervous, always, and I could easily write a novella on the process between “let’s start thinking about the next car” and the actual purchase. (Remember my range anxiety? That was back in August, and we’d already been talking about a car for months by then.) Understand: it would be a boring novella, full of angst and ridiculousness, but the point here is that I’m going to spare you the parts about how difficult it was for me to actually do this, actually spend a not-insignificant amount of money on something nice for myself. All of that is a whole ‘nother topic.

No, rather than my mental illness relative to money (haha), today I want to talk about the weirdness of preparing to live a different sort of life.

I can still remember that point, so long ago, when I had two tiny kids and a minivan was the obvious next step. I know some people feel like buying a minivan is akin to putting one foot in the grave, but I loved it. It was fancy! And huge! We could pack up enough gear for a small army, and getting kids in and out of carseats was easy, too. No, I had zero “Oh no, I’ve become the sort of person who drives a minivan” moments in that vehicle. I thought I’d arrived, in part because it was the nicest vehicle I’d ever owned, and in part because of how I felt about motherhood in general. I probably would’ve driven that van until it died, if not for the fact that it was impractical in an icy climate when I no longer had a second vehicle at my disposal. After my divorce, I ended up trading it on for a small SUV with 4-wheel drive to get me through the remainder of my single years in snow country. It was more practical, but still had plenty of room.

Over the years, I’ve rotated through various vehicles, always with the underlying theme of “what do we need to accommodate the kids.” Our cars got bigger, then a little smaller. Leg room in the backseat became a consideration as the kids became adult-sized. By the time I bought the Corolla, we already knew it would go to one of the kids down the road. It’s a super reliable car, but frills-free (it doesn’t have cruise control, for example). And it’s a decent size, neither large nor tiny. I feel like Goldilocks would approve of the Corolla. It’s an ideal first car for a young adult.

When we went shopping for the new car, the original idea was that I would look at the regular Prius. I did—we wove our way through the lot, checking out various used cars and discussing options. But once I saw the Prius C I realized that I really wanted a smaller car. What do I need a big car for, anymore? Most of my driving these days is just me, or maybe me and one other person. My daughter has her own car. My son will be driving soon (we hope). And eighteen months from now, both kids will be off at college. The Prius C is plenty big enough for what I need, and yes, the backseat is not going to be as comfortable for adult-sized people, but… who cares?

I got my little car. Did I mention that I love it? I’ve had it for… oh, close to a month, I guess, and I’ve put exactly $5 worth of gas into it. (I didn’t even need gas. I just filled up out of curiosity.) I find it fun to drive and after years of wanting a hybrid, I never tire of checking the MPG calculation to see how fuel-efficient it is.

“Oh!” my daughter exclaimed, the other day, having just realized something. “Does this mean I can put stickers and stuff on the Corolla??” She was so excited. I couldn’t stop laughing. And I knew why she was asking, too—her enrollment packet from her college came with a big car decal.

“Of course,” I said. “It’s your car. You can do whatever you want.” I tried to keep a poker face, but her delight was amazing. Remember how exciting it was, owning your first car? It’s kind of cool that she’s experiencing that while I’m rediscovering a sort of “wow, this is just fun!” car excitement for myself.

I don’t know if it was buying the car or something else, but it feels like everything is starting to be broken into WK and AK, now (With Kids and After Kids). It feel like my entire life has been spent raising the kids (of course it hasn’t, but who can remember the Before Kids parts after raising kids exhausts your brain? Not me!) and now this whole mythical “empty nest” thing is imminent. I can have a little car, because I no longer drive around hordes of children (my own, their friends, other random kids) every day. My husband—world’s most patient stepdad, to be sure, but also the saint who has never had a life with me without the kids—brings up necessary home repairs or potential trips and wants to debate the pros and cons of how we plan. If we take care of that repair that needs to be done in the upstairs bathroom while we’re still WK, well, it’ll take some maneuvering, but we’ll manage. But if we wait until AK, we could do it whenever, because we don’t use that bathroom. If we want to visit this particular place, maybe AK because the kids aren’t interested? Stuff like that. We never used to talk about “when the kids are gone,” because it may as well have been a thousand miles off. But now, it’s almost here.

On the flip side, of course, we’ve had the “Is this house too big for just us?” conversation, knowing full well that the kids are just “gone” and not really gone until they’re out of college, or maybe even later. So it’s not like we’re planning any drastic life changes just yet. We will not be purchasing two-seaters and a condo in the city, or anything. We’re not made of money, nor is our parenting over. Still. Changes are afoot. Gemma is just the beginning.

More on Becoming an Empty Nester and Raising Teens from Alpha Mom: