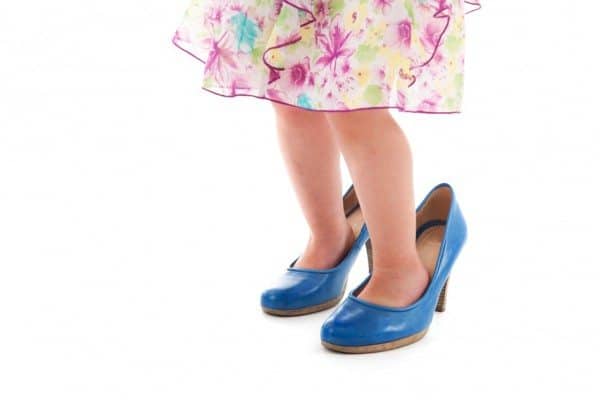 Different and the Same, Nearly-Grown Edition

As we near the midpoint of my oldest’s senior year of high school, I find that—despite my curmudgeon tendencies—I’m having a lot of “Sunrise, Sunset” moments with the kids. I used to hate the saying about how “the days are long but the years are short” when it comes to parenting, because we’ve had a lot of long days here (without getting into Hardship Olympics, I’ll just say I figure it may be just a few more hard/long days than the average family…) and it never felt to me like the years were short. Until now. And really, even now it’s not so much a sense of the years being short as just a pervasive wonder at how different life sometimes is, these days. Then again, sometimes it’s not all that different.

Back then: Weeks or even months of costume negotiations—often including tears—culminate in Halloween Night tantrums over outfits that don’t look just so or “feel funny.” The children demand pumpkins for carving but lose interest five minutes in, and I end up carving them alone and then being told I did it wrong. I take the kids out trick-or-treating where they complain that they’re too hot/too cold/tired of walking. Back home, they get hopped up on sugar. The next day I am accused of pilfering from their candy and I deny it (even though it’s true).

Now: Four days before Halloween, the kid who’s eligible for extra credit for dressing up for AP History wonders aloud if he should figure something out. (I have already ordered him a costume from Amazon, because I’m a sucker.) I ask the kids if they have plans and they shrug. One child hangs out at home with us and the other shows up with a giant pumpkin, carves it up with a friend, then leaves the masterpiece on the kitchen counter and heads out to watch a scary movie on the actual holiday. The bowl of candy I set out for trick-or-treaters mysteriously empties over the next few days and we all pretend not to notice.

Back then: I mark the date of the clock change on the calendar and carefully orchestrate a two-week-long bedtime slide to try to stave off the super-early-morning wake-ups sure to follow. It doesn’t work, and for a solid week, everyone is cranky and exhausted.

Now: We change half the clocks in the house and are constantly asking one another “What time is it really?” The children do not get up early, ever. Everyone is cranky and exhausted. They continue resisting getting into bed at night and getting out of it in the morning, because…

Back then: I announce that it’s time to start getting ready for bed and wailing commences. They’re not tired and they don’t want to and just one more book and no one else goes to bed this early. After I’ve tucked in and given hugs and kisses I’m called back fifteen times for needs both real and imagined, and eventually I declare that the next child to summon me had best be bleeding or on fire. I collapse on the couch once they’re finally asleep.

Now: I announced that it’s time to start heading upstairs and goofiness commences. They have homework and they’re wide awake and they just want to hang out with yoooouuuuu and also sometimes the dogs are very much in need of an extra couch snuggle, you know. I exhort them to pick up the trail of belongings that winds through the kitchen and family room and take their meds and go to bed already. Eventually I give up and go to bed, myself. (Teens don’t get enough sleep? You don’t say!)

Back then: I supervise and check all homework, as well as the packing of bags the night before to make sure everything is ready to go. I bake cupcakes for birthdays and bring them into school. I volunteer for class parties and projects and field trips, much to the delight of one child and the chagrin of the other.

Now: I see a backpack puking a pile of papers all over my office floor and suggest the owner may wish to… do something about that. I ask if they have homework and they shrug and I nod and we all continue on with our day. I volunteer mostly in behind-the-scenes capacities, but when I show up in person, they’re both happy to see me, and their friends are, too.

Back then: “Grandma! Grandpa! Read me a story! Come play with me! Put this tiara on! You’re trapped in a cave, but don’t worry, I’ll rescue you! I can’t go to bed yet, I’m not done playing with Grandpa! Grandma, come dress dollies with me!!”

Now: The kids beg their grandparents to play “Cards Against Humanity” and they decline. Rather than doing specific things with them, the children seem to view their grandparents as interesting additional fixtures in the house for the week; still, between flitting in and out and hiding out doing whatever it is they do, my spawn regale my parents with stream-of-consciousness narratives about their lives in small, precious chunks. And then they’re off, again. One night the kids go out with their friends and we four grownups go out to dinner at a nice restaurant. It doesn’t occur to any of us to worry about them.

Back then: At the last soccer game of the season I breathe a sigh of relief. It’s cold and early and the kids have done nothing but complain and pluck grass through the whole season. I’m not sure their cleats ever even made contact with the ball. At the last orthodontist appointment when the braces come off, we celebrate with gummy worms and chewing gum and I do a private dance of victory with my (considerably lighter, now) checkbook. When middle school ends, in my mind I bid it good riddance.

Now: Five years ago, my oldest joined the marching band at the high school. Last Friday I watched her march with them for the final time. It was also Senior Night, so we did the whole walk-across-the-field-and-get-a-rose thing they do, and honestly, I was fine with all of it, or I thought I was, until I saw the big poster banners the band had made for the seniors. One wished them congratulations and had all the seniors’ names, and another started with, “For the last time, take your field…” and I spent the next 45 minutes sternly commanding myself not to cry. She made it. We made it. And band was a huge part of that, and let’s move on because I’m not gonna cry….

Back then: There are letters to Santa and pointing to TV commercials and a litany of items they simply must have. She needs these toys and games and accessories and clothing, and he needs these cards and figures and games and comic books, and oh here’s another thing I need, please, Mama, tell Santa! I plot and plan and try to balance out a celebration and unexpected surprises with not overdoing it. The elves leave new, matching pajamas on Christmas Eve and the kids are mystified and delighted.

Now: I start asking them what they want sometime in September, because I know it will take several months for either of them to come up with anything. They have their own money and shop for themselves, now. The big-ticket items they dream of are things they know they won’t get, so they are flummoxed. “I want permission to have my phone in my bedroom at night,” my oldest says, serious both in her desire and the knowledge that I’ll probably say no. “And maybe a flat iron, too.” My youngest is even more confused. “I have everything I need,” he says. “Maybe some Steam credit? Or some books?” (On the one hand, I am glad I didn’t give in to the urge to overindulge when they were younger. On the other, they are really difficult to shop for a lot of the time.) The “elves” (the kids instituted the air quotes) leave new pajamas on Christmas Eve and the two kids who are forever bristling at people asking if they’re twins eagerly don their matching outfits and mug for photos.

Back then: I am overwhelmed by how big they feel hoisted up in my arms, all elbows and knees when they were just infants a minute before. “Give your mama some love!” I tell them, as I tickle and hug and smooch their cheeks.

Now: I am overwhelmed by how big they feel in my arms, taller than me and leaning down when they were just infants a minute before. “I just want to love you!” they declare, laughing and collapsing into my lap as I tell them to go to bed, clean up their mess, or otherwise be productive. I pretend to be exasperated, then I hug them and smooch their cheeks before they notice and pull away.