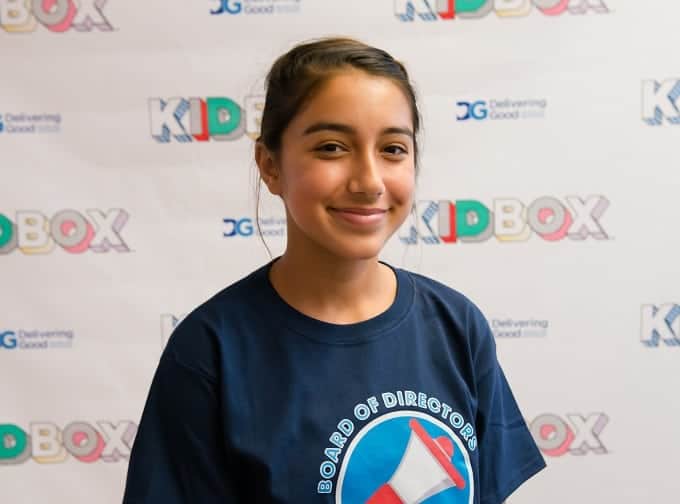 Girls on Their Way to Changing the World

My parents set an example for me and my sister by donating their time, helping various organizations and volunteering for events in our community, dragging my sister and me along when possible. I remember my dad helping a neighbor to shovel their snowy driveway and my mom bringing a casserole to a grieving friend. We didn’t have tons of extra money to give, but we were taught to give a hand.

It’s a trait I want to pass on to my son – that feeling that one person can make a difference in someone else’s life. That no act of kindness is ever too small. As I stumble through this parenting journey, I hope that if I follow my parents’ example and keep modeling acts of service to him, that sets the bar. Often, kids don’t know they can help to change the world, or they feel they can’t make a difference all by themselves, if we don’t show them.

Some, however, have a drive all their own, and their parets support and encourage them in ways perhaps not all of us would think to do. How many times have our kids said something like, “Mom, I want to have a lemonade stand!” and we inwardly cringe and start calculating the time and energy it will take for us to help them launch it? Maybe the parents of the kids who have managed to make an amazing impact in their communities give their kids more latitude and direction to reach out and succeed? 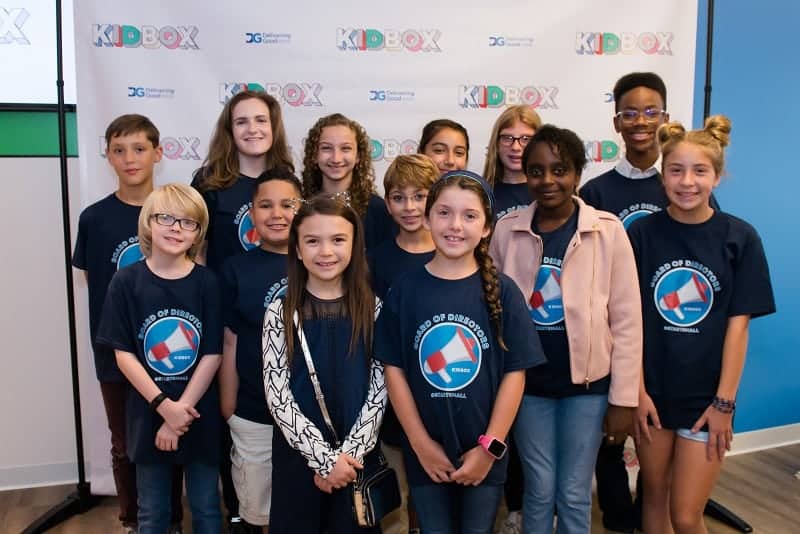 A dozen kids with a vision

Twelve kids with that kind of drive have been recognized by KIDBOX, which invited this group of superstars who have demonstrated a passion to help others to join the second KIDBOX Kids Board of Directors.

KIDBOX, which borrows from the unboxing craze with subscription clothing boxes for kids, pairs fashion with corporate social responsibility. According to KIDBOX, owning and wearing something new and all their own does wonders for a child’s sense of security and self-esteem. New clothing boosts their spirits, creates a sense of normalcy, and lets them know that they matter. Putting their money where their mouth is, they partner with Delivering Good, a nonprofit dedicated to providing new clothing to children in need.

Among this group of 12 kids we’ve decided to shine a light here on two of these accomplished kids: Daniella Marie Benitez, a 13-year-old who builds homes for families in need from San Diego and Naomi Wadler, an 11-year-old March for Our Lives activist from Alexandria, Virginia. 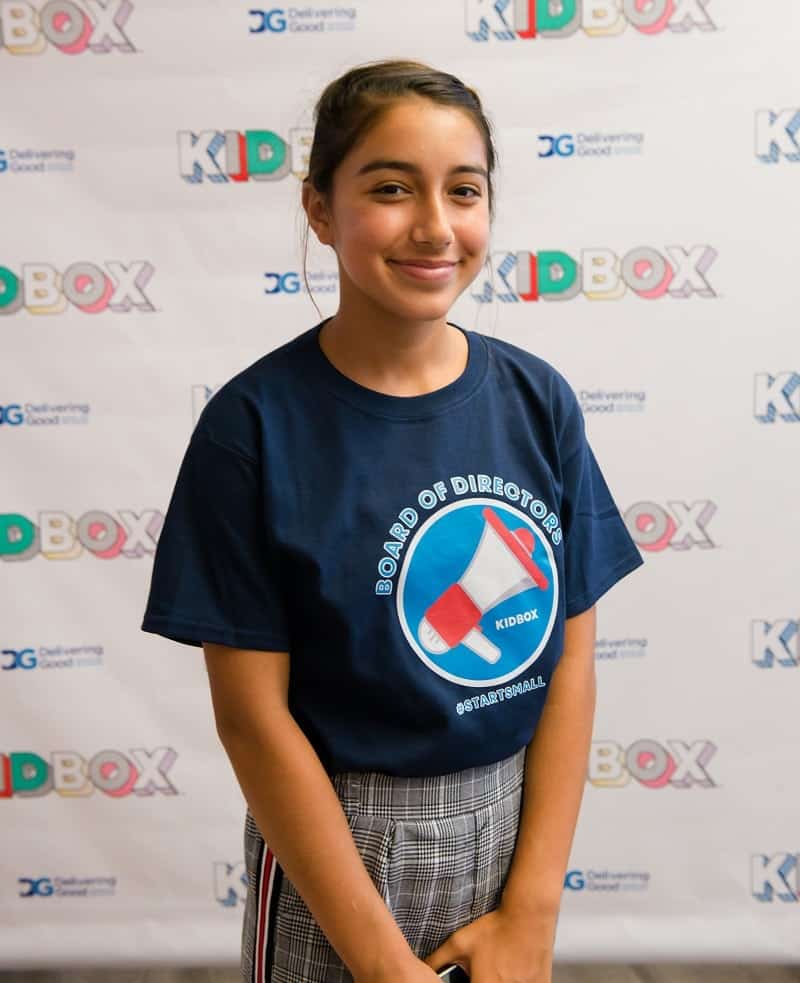 Daniella Marie Benitez, 13, helps build homes across the border from her home in Southern California

Benitez, an incoming high school freshman, stumbled upon an opportunity to change lives with building materials. Last summer, she started raising money through Build-a-Miracle to construct a new house over the border from her hometown in San Diego. On a regular basis, a busload of volunteers like Benitez meet at a fast food restaurant at the border early in the morning, they spend the day building, and then they return home that afternoon.

At first, she didn’t want to go to Mexico.

“I wasn’t sure I could handle the emotion of it all,” she said. “But I went, and it was so special to see the recipients’ reaction when they walked into their new house. These people may have never had a house in their lives, and this changes everything for them.”

After a family receives a house, they are expected to assist in building the next one for another family, and the community rallies around each other, pitching in all they can. Benitez noticed how many people were living in shacks along the border with no running water and no plumbing. She learned how much stability and confidence having a home of their own could offer a family, and she saw it improve their lives dramatically. And how that, in turn, changes the dynamics at the border.

“We see rows and rows of shacks,” Benitez says. “The main thing that surprised us all that is that people are so happy there. They have smiles on their faces and they’re so grateful to be alive. They have so many friends. It’s a hard life, but they keep going.”

“Collectively, we are a powerful group,” says this brave 6th grader 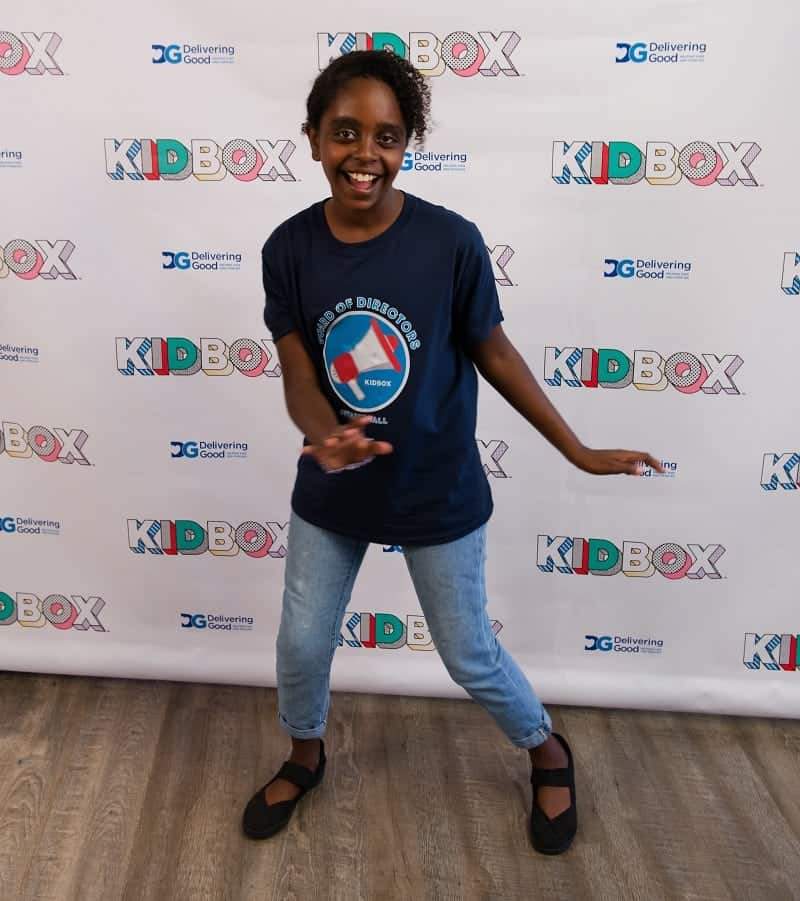 Eleven-year-old Naomi Wadler was profoundly affected by the school shooting at Stoneman Douglas High School in Parkland, Florida, and she decided she wanted to participate in a school walkout. Wadler approached her principal to secure his support. “Not his permission,” Wadler asserts.

The principal wasn’t on board to offer his support, at first, but Wadler and her friends were not deterred. The started meeting every Saturday, starting with 10 kids. Every meeting attracted more kids, and as the group started to grow, they created a press packet and set ground rules for their walkout participation. Wadler’s principal acquiesced and approved permission slips for what turned out to be 60 students in the school.

The burgeoning activist began attending town hall meetings in her area, and volunteered to stand up and speak, extemporaneously. The response to her words surprised her and gave her strength.

“It was an enlightening experience to realize we could do something,” says Wadler. “My words have gotten a lot of attention. People let me know that they heard what I’m saying.”

At the walkout, it was Wadler’s idea to add an extra minute to honor Black girls and women who have been victims of gun violence. And she focused on this topic in her speech at the March for Our Lives rally in Washington, D.C. earlier this year in front of hundreds of thousands of people. In this speech, she powerfully and bravely asked the country to stop ignoring black women when discussing violence. Wadler’s mission is to give a voice to the large number of black women and girls who are disproportionately represented as victims of gun violence.

Not all feedback to her initiative was positive, of course, but Wadler’s conviction rings through her responses to media questions. This is a young woman who sees Generation Z making a stand for what they believe in and not taking any “gruff” from adults.

“When you fight fire with fire and tell people they’re wrong, that doesn’t work,” says Wadler. “Sensible conversations where you both can share your opinions are powerful and layered.”

“A lot of the negative responses we get are based on us being too young and not understanding what we’re doing,” says Wadler. “I don’t want to come up with a clapback. I don’t need to show immaturity by yelling at people and telling them they’re wrong. My support system has taught me that unless it’s necessary, don’t care what everyone else thinks.”

Naomi, Daniella, and the ten other new board members on the KIDBOX board are proving that kids can make a difference. And maybe if I tell my son their stories and show him that creating a significant impact doesn’t require a lot of money; it requires commitment.

Writer, car fanatic, and mom, Kristin Shaw is the co-owner of Thrills and Wheels; Director of Social Media for Airport Improvement magazine; and owner of her own company, Firewheel Communications, ...

Writer, car fanatic, and mom, Kristin Shaw is the co-owner of Thrills and Wheels; Director of Social Media for Airport Improvement magazine; and owner of her own company, Firewheel Communications, in Austin, Texas. Find her at KristinVShaw.com and ThrillsandWheels.com.