Twitter Facebook Pin It Email Article
Prev New School, Friend Blues: Navigating Lonely Tween Trouble Next What You Didn’t Expect When You Were Expecting (The Missing Chapter on Teens)

I grew up reading comics. When “traditional” book reading felt like a chore, comics felt like play.

For those children that struggle to enjoy reading, comics, and especially graphic novels, are a great solution. They tell a complete story, have developed characters, and combine visual cues with written words to add more emotional depth. Graphic novels are not only fully engaging, but the learning benefits are plentiful, including increased vocabulary and understanding by using images to reinforce the written words. Because they are fast-paced and there is so much going on, children not only get a confidence boost by finishing a book quickly, but they tend to reread them a few times, each time picking up new cues and gaining a greater understanding of the plot with each reading.  I tell you this as not only a parent of two tweens but as a children’s librarian.

This year has seen an explosion of fun and high-quality graphic novels that easily fill gaps for fans of authors Raina Telgemeier, Victoria Jamieson, Shannon Hale, and Ben Hatke. The general age group of these books is for children aged 9 – 12.

Graphic novels that I have been loving: 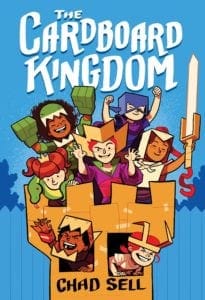 The Cardboard Kingdom by Chad Sell captures the imagination, following a group of neighborhood kids using boxes to create magical worlds and characters. Each character has their own story, which can be essential for building empathy and fostering inclusion. Rereading it will allow children to pick up on visual cues and nuances they may not get the first time. This is one of my favorite books released this year and is sure to inspire children to reach out to others and build their own fantastical world. 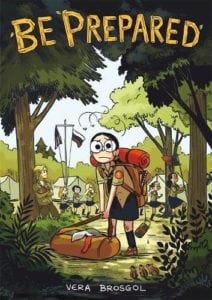 Be Prepared by Vera Brosgol is a semi-autobiographical story of 9-year-old Vera, a Russian immigrant in the United States. Feeling left out, she persuades her mom that a couple weeks at a Russian summer camp will help her to feel more included. Camp turns out to be the same social dynamics, but slightly worse due to disgusting outhouses! Be Prepared is funny and completely relatable to anyone that struggles to feel like they fit in. Vera learns to recognize her strengths and stay true to who she is. 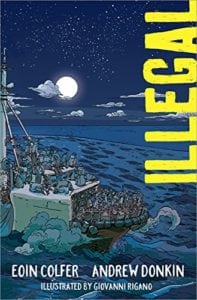 Illegal by Eoin Colfer tells a fictionalized story based on the real-life stories of African refugees undertaking perilous journeys to safety. This is not a light and fluffy story and it does involve some violence and death. It may be hard for children to understand, but with immigration and asylum-seekers in today’s news, this can be introduction to the topic and spur greater discussion. A more in-depth book is Refugee by Alan Gratz, but Illegal has the benefit of being a graphic novel, thus being more accessible for reluctant readers.

Making Friends by Kristen Gudsnuk is a magical twist on the familiar theme of making new friends and fitting in. Dany comes across a notebook that brings her drawings to life. She creates Madison, a cool best friend, but ends up back at square one when Madison learns the truth of how she came to be and needs to discover who she is away from Dany. Making Friends combines realistic environments with a touch of magic, fantasy, and action. 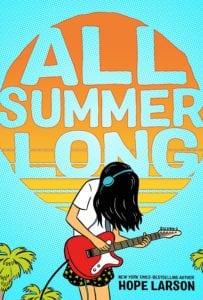 All Summer Long by Hope Larson is yet another coming-of-age middle grade novel that may be appear to be skewed towards girls, but this one touches on friends growing apart, especially platonic friendships between boys and girls. The book is a little quieter than some others, but with its humor and love for music, it will have great appeal for most children.

6. The Prince and the Dressmaker

In The Prince and the Dressmaker by Jen Wang,  Prince Sebastian hires Frances, a brilliant dressmaker, to create dresses for him. Secretly, he escapes the palace life by going out as Lady Celestia, a sought-after beautiful fashion icon. However, as Frances’ role to the Prince is a secret, she feels stuck and unable to pursue her dreams of becoming a well-known dressmaker. This book has elements of romance, plenty of fashion, family drama, friendship, identity-issues, and is a fun twist on traditional fairy tales. My own tween daughter cannot get enough of this book and has read “only 700 times, Mom!”

Robin Rockman is a mom to two tweens and a Youth Services Librarian in northern New Jersey. Glitter is her favorite craft medium and her talent is doing “Head, Sho...

Robin Rockman is a mom to two tweens and a Youth Services Librarian in northern New Jersey. Glitter is her favorite craft medium and her talent is doing “Head, Shoulders, Knees, and Toes” at warp-speed. She believes books can help make the world a better place and that there is nothing more magical than a strong public library.