Twitter Facebook Pin It Email Article
Prev Anxiety, My Reluctant Teen Driver, and Me Next Making an Interfaith Marriage Work and Surviving the Challenges That Come Later On 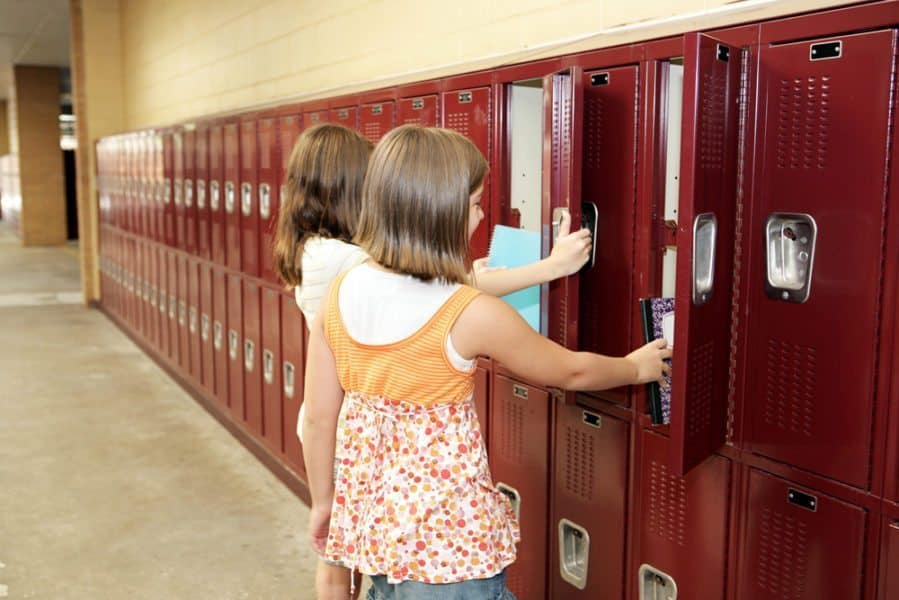 Are the holidays over? Did everyone survive? Yes? Time to come out of my cave of family and cookies and rejoin society!

And just in time, too—I had a reader question come in which I think a lot of parents are going to find familiar.

I’m wondering how much I should be intervening for my 11-year-old daughter for getting together with kids from her new school. She has had to make all new friends as she switched schools this past September while her friends went on to other schools for middle school.

I have reached out to a few moms and put together a few get-togethers since she started at her new school. I asked a couple moms if their daughters would like to come over for an afternoon, and they have happily accepted. I also put together a couple of group outings that seemed to go well, too. Unfortunately, none of those invitation have ever been reciprocated, and she has never been invited over to her classmates’ house after school or to any other get-togethers. I understand that people are busy and kids have very busy lives, too. However, when I ask my daughter to invite her friends over, many times those invitations go unanswered and I feel so bad for her. She has participated in school plays, Girl Scouts, and band… so its not like she hasn’t tried hard to integrate into the school and make friends outside of class. So I’m wondering, how much I should be trying to help her get together with her new classmates outside of school without becoming that “pushy” mom? I feel so bad because her old friends have made new friends but she seems to be struggling to find her social place with her classmates outside of school.

S, let me start by saying that I think your daughter is lucky to have you in her corner. It sounds like you’re in tune with her, ready to help, but also mindful of the potential to overstep as she navigates this next chapter. Whatever happens here, your kiddo is obviously in good hands! Next, I want to see if we can unpack some of this. There’s a lot going on in the little bit you’ve shared, and I don’t want to grill you or make assumptions, so I’ll try to cover potential issues/points and leave it to you to determine what applies to your situation and what doesn’t.

1) Confirm your assessment is your kid’s reality.

The very first piece of advice I give in nearly every situation like this is that parents take a moment to breathe and consider who’s upset here, and how extreme any distress is. I’m not saying this is true in your situation, mind you, but I sometimes get questions from parents who are upset about something going on with a kid—whether it be a perceived lack of friendship, like this, or something else—and it turns out that the kid is perfectly happy. Your note is entirely about your reactions/emotions in light of what’s happening, and so while I assume you are concerned because your daughter is upset, I encourage you to just do a quick assessment of where she is with all of this. You’re certainly perceiving difficulties/slights, but is she? If she is, read on. But if she still seems happy/engaged (read: she is eating and sleeping well, performing as expected in school, engaging in activities she enjoys, her mood seems generally stable, and is just being a little less social than she was at her old school), it could be that you just need to step back and let her find her own groove. Some kids do the bulk of their out-of-school socializing online. Some kids are happy to hang out with others but equally happy when it doesn’t happen. If she is distressed over what you’re describing, that’s a problem. If she’s not, well, I see why it bothers you, but you may just need to work on letting it go. Make sense?

Bear in mind, too, the context for this scenario (to which I am not privy, but you can and should step back and look at the big picture). Did she switch schools because you moved? Were there other life upheavals that came along with the school switch? Has she ever switched schools before and is this time different, somehow, or is this the first time she’s had to do this? Was she constantly having playdates before and none now? Is she still hanging out with her old friends on the weekends, and is she the kind of kid for whom that may be “enough” for now? Even a simple “we bought a new house a few streets over” can be a big change for a kid, but if you were downsizing because of a lost job or divorce or other life issue, that’s more stress going in to this school change, and could make a kid slower to adapt. What’s more, 11 is one of those tricky transition ages. Middle school is a rough time for many (we refer to it as the Hunger Games of childhood, in my house) even without changing schools. These are all things to think about while you decide how to proceed.

2) When and how do you intervene?

Okay, so with all of that out, let’s talk about your actual question, which is how you know when/how/how often to intervene. At one end of the possible spectrum, you have a daughter who is not being invited places but is happy and unbothered, and—as already mentioned—if that’s the reality, you let this go and work on accepting that while you wish things were different, this particular set of circumstances does not require your intervention. At the other end of the possible spectrum, you have a daughter who is dangerously depressed, lonely, and withdrawn, in which case (if this was the reality, which I suspect it is not!) you would need to seek immediate intervention in the form of medical care, therapy, etc. My guess is that your reality falls somewhere in that massive gray area between these two extremes: most likely, your daughter is a little sad and lonely and you’re wishing you could make this easier.

Keep the lines of communication open.

Ask your daughter how she’s feeling, what she’s enjoying, what she wishes could be different. Her answers might surprise you. For example, it would not be outside the realm of expected 11-year-old girl behavior for a child who is encouraged by her mother to invite friends over to be… less than entirely truthful about what happened next. Maybe she never invited them (either because she’s happy on her own or out of fear of rejection). Maybe she invited them and they said no for some reason (whether innocuous or hurtful) and she was worried you’d get upset, so she said she never heard back. Maybe she’s using the wrong medium for invitations (maybe she emails when everyone else texts, or she asked in person at school when a fellow 11-year-old is only going to remember to ask at home if they get a phone call or a text at home). Maybe she said, “Hey, wanna hang out sometime?” and the other kid said “Sure!” and then neither of them got the details and so nothing happened. I don’t know, but it’s possible that you don’t, either. Make sure there’s a safe space for her to be honest with you. If you have concerns about her adjustment overall and feel that she’s keeping things from you, check in with her teachers to get another perspective.

Let her know she calls these shots.

Let me stress that I don’t think you’ve done anything “wrong” here—in fact, it sounds like you did everything right, to me—but it’s time to step back and let your daughter take the reins. If she’s okay with less socialization (again, with the caveat that she is not showing signs of depression or other difficulty), you be okay with it, too. That’s her choice. If she wants more but is having trouble making it happen, brainstorm together. Role-play to give her practice on how to approach new friends or ask someone over. See if there are other activities she’s never tried which she’s interested in checking out, and (within reason/budget/schedule) support her in exploring new venues. Ask her what she’d change if she had a magic wand, and then help her pick “doable” bits to set as achievable goals.

Again, there’s a lot I don’t know here, and I’m not saying you’re doing any of this, but sometimes when a parent is worried about a child, a vicious cycle begins where said child has an issue, the parent despairs, the child picks up on that despair and sinks deeper, the parent becomes even more worried, etc. The tightrope between appropriate vigilance and creating a safe place to explore and grow (and possibly go splat—because we learn from splats!) is the eternal parental conundrum, but often the best gift you can give a struggling child is the message that you believe they can handle this. Continue living your own life. Be compassionate and watchful with your daughter without sending her the message that “something is terribly wrong” or “this is awful.” Help if she asks for help. Probe when necessary to make sure she’s okay. And let her know that no matter what, you’ve got her back, but regardless—she’s got this.

Readers! Don’t forget that you can submit your own burning questions to alphamomteens [at] gmail [dot] com!