Twitter Facebook Pin It Email Article
Prev What You Need to Know To Discuss Dr. Martin Luther King, Jr. with Your Kids Next Lance Armstrong and the Legacy of Lying 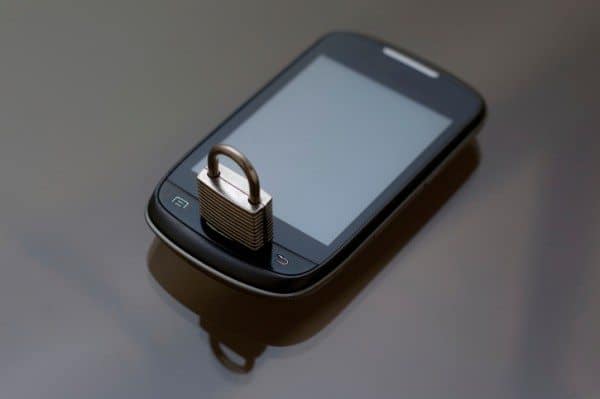 Last week, when my 11-year-old son S. asked if he could sign up for an Instagram account, I was a bit surprised. He’s been a big fan of video games for years, but this was the first time he seemed interested in social media. I figured he wanted to try out the popular photo sharing service because he’d seen me use it for the past two years. But that wasn’t the case at all.

“All of my friends are on it,” he said. “So I want to be on it, too.” I guess I should have known. He’s reached the age where that’s the number one reason for doing anything.

But after a day or so of thinking about it, my husband and I decided it was okay. Compared to Facebook or Twitter, Instagram seems fairly harmless. From my experience, it’s usually just pictures of people’s fingernails, food, cats or kids and there isn’t much commenting. And although my friend Maria has had some minor issues with her middle-schooler using Instagram (which was detailed in this Wall Street Journal article by my Twitter pal Katie Rosman), I figured we were at least a year away from any bad tween behavior. I figured wrong, but that I’ll get to in a minute.

S. opened his Instagram account on his iTouch, using his Hotmail address that we let him have to email with his grandfather, and he immediately started “following” people. Mostly his classmates, but also a lot of professional athletes. I imagine it’s pretty thrilling for a kid to suddenly feel like he’s interacting with his sports heroes. Then he posted a couple of pictures of our cats and eagerly waited for people to “Like” them. It was kind of cute.

However. However, I then took a good look at the accounts of the classmates he was following and it was a total eye-opener. S.’s bio just said he was in the 5th grade at xx xx Elementary, which I made him immediately erase because it was too personal, but his classmates’ bios actually detailed their dating statuses. Kids who I remember peeing their pants in Kindergarten now describe themselves online as “Taken!!” or “Single and Wants to Mingel!” (sic) and most of their photos are selfies taken in their bedrooms or dance poses where they have one leg lifted to their heads (seriously, enough with that pose). It was shocking because I had absolutely no idea that 10 and 11 year-old kids were already “dating.”

I then went through S.’s list of followers and found quite a few suspicious accounts that I blocked. Nothing overtly porn-ish, although that’s easily found on Instagram, but the people who have 5,000 followers and have yet to post a single picture. Then I made S. change his account to “private,” to help control with whom he interacted. (Which he didn’t like because his goal, as is that of his classmates, is to get as many followers as possible. Our 9th grade neighbor has over 18,000 followers and all she posts are pictures of herself and her hairbrush.)

Within a couple of days, S. grew tired of posting cat pictures and moved onto funny visuals he found on iFunny.com. Here’s one of his favorites: 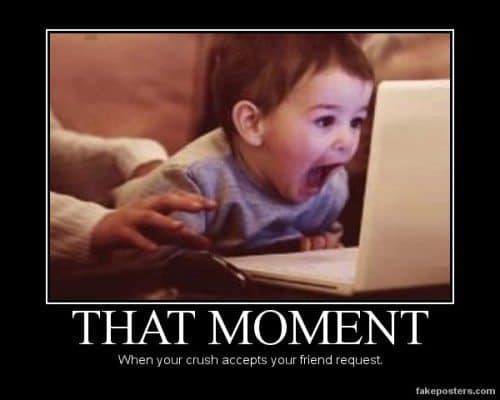 The immediate Likes he got for this stuff was addicting and he was soon posting up to 10 “funnies” a day. He constantly checked his iTouch. I guess I can understand his excitement because it’s like telling a joke in school and having the popular kids laugh, but it was quickly becoming a problem. Finally, one day, after the third time he kept us waiting so he could check Instagram, we took his iTouch away for 24 hours. On the one hand, I was pleased he was interacting with his classmates in a new way (well, mostly), but on the other hand, the 11-year-old brain might not be ready for the constant feedback and gratification that Instagram gives.

After that, my husband and I weren’t sure if we should let him keep the account. But then two things happened that made the decision for us. First, I read this article by Rebecca Levey on Mashable that said it was illegal for kids under the age of 13 to have an Instagram account due to the Children’s Online Privacy Protection Act (COPPA). Say what? I admit to being completely clueless about this because it was the first time our child had even ventured into social networking and so many of his classmates have accounts. For that oversight I feel a little foolish.

The second thing that happened was S. was locked out of his Instagram account this past weekend and told to go to their desktop site and upload a picture of his government-issued ID to prove he’s over the age of 13. Apparently, this happened to quite a few users and is due to Facebook’s (the new owner of Instagram) privacy policy changes. When S. first opened his account, he was truthful about his birthdate and was therefore flagged as illegal. (His reaction: “Darn it! I should have said I was born in 1992!”)

I admit it crossed my mind to just upload my own ID and let him keep his account, but I didn’t. Rules are rules and it’s a good thing for him to learn. (And it saved me from having to be the meanie who keeps taking his iTouch away. ) His Instagram account is now inactive and he knows he has to wait the two years until he’s a more mature 13 to try it again.

As for me, from now on I’ll know to do my due diligence whenever my kids want to start using any social networking app. I’ll also utilize some of the tools the website NetSmartz has for parents as well as their online safety pledges for kids. Sure, a pledge may seem a little silly, but that plus a social media discussion will reinforce to the kids the seriousness of the situation. I’m also going to insist they tell me their passwords (we already keep the iTunes password secret from them so they have to ask us before they download anything on their iTouches) so I can periodically check what they’re doing. Our Instagram experience was definitely a good lesson on both the good and bad I can expect in the coming years when my kids are online.

Now if you’ll excuse me, I need to go check my Instagram account. I posted a cute picture of me with my hairbrush this morning and I want to see how many Likes it has.