Twitter Facebook Pin It Email Article
Prev Sleep Regressions & Early-Early Wakings Next I Love My Children’s Birthdays But Not All the Gifts! So I Decided To Try Something Different. 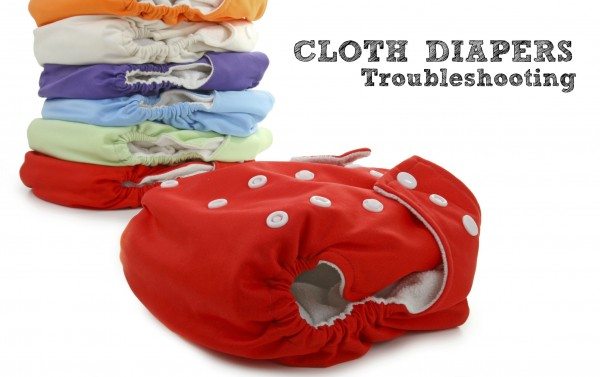 I have yet another cloth diaper question for you. I am the mother of a beautiful 5 month old baby girl who has extremely sensitive skin. She basically turns red when anything touches her anywhere on her body. We have cloth diapered from day one, but have struggled with returning redness and diaper rash, especially after she wakes up in the morning. (FYI, it is not yeast, just extremely sensitive skin.) She almost always spends an hour or two naked every day to cut down on the irritation. Because of this, we started using wool diaper covers at night with the hope that the breathability would help, and it did.

Unfortunately, we are having major issues with moisture wicking through the cover onto her sleep sack and sheet. At first I thought that it was due to her tight-fitting cotton pjs and fleece sleep sack. To try and remedy our issue, we started putting her to sleep in a merino wool long sleeve t-shirt, just her wool diaper and a wool sleep sack. This helped wick the moisture away from her body, but the entire outside of the sleep sack still remained damp. I then tried stuffing her prefold with two hemp doublers as opposed to just the one doubler. She was still really damp even though the diaper didn’t appear to be completely saturated in the morning. I have tried re-lanolizing the cover several times and basically don’t know what else to do.

Should I just be happy that she doesn’t feel wet on the inside of the sack? I feel like I must be doing something wrong because all of my googling has told me that wool covers are best for heavy wetters and don’t usually feel damp on the outside with sufficient guts on the inside. I know that you have used woolies with your third son, Ike, and will take any suggestions!

Oh, wool diaper covers. You changed my life (and my baby’s butt), and yet you remain the one thing I hesitate to truly Internet-tub-thump for because MAN, you really can be a huge pain in the ass with the learning curve, and thus people think I’m insane for using you.

So here’s the dirty secret: Wool covers DO feel wet on the outside sometimes. I don’t care what anyone says. It HAPPENS. Particularly at night, particularly when paired with a super-mega-heavy wetter. It’s normal. But it freaks people out, especially if you’re used to disposables or cloth diapers with PUL covers for waterproofing. Wool is better for baby’s skin than either of these options — which absorb moisture but keep it solidly trapped inside the diaper. Diaper gets full, moisture has no where to go or way to evaporate and stays on and around your baby. Which: Uuuuhhhlllggg. (Scientifically speaking, that is.)

A wool cover, on the other hand, pulls the moisture out and away from the diaper, and thus away from your baby. Since it’s a fiber designed to keep an outside-living animal dry in a variety of temperatures and rainy climates, it’s a great fiber for diapering. Naturally breathable (unlike PUL), antibacterial, self-cleaning, and manages to be both snug/leakproof and stretchy/comfy all at the same time. A lot of people hear “wool” and think you’re putting some heavy bulky sweater on your baby’s butt while in reality, the covers are actually quite light and let way more air through to the skin than the manmade PULs and such.

The biggest con of wool, of course, is the washing and upkeep. Covers must be hand-washed in a wool-safe detergent and every few washings need to be re-lanolized (lanolin helps the wool “self clean” and repels moisture so the wool doesn’t get completely saturated before the wetness has a chance to move outside the cover and evaporate). Both tasks are honestly about five minute jobs, though, and wool covers can be re-used over and over again provided they are left out to fully dry each day before you put them back on. Because that’s the other big learning curve about wool: It does get (and feel) wet.

Think about it: After you wash your wool cover, you let it air-dry for what? 24 hours? Or so? And yet we’re all baffled when a freshly-and-repeatedly-peed-in cover dares to feel damp in the morning. Huh.

According to Stuff I’ve Read, wool can hold about 30-40% of its weight in water/urine without “feeling” wet. Anything past this, and yeah, you’re gonna have some dampness. Thus the need for sufficient diaper guts — the wool isn’t there to be an absorbent layer on its own, but just to pull the moisture out and away. The GOOD NEWS is that all that dampness is now OUTSIDE the diaper and not flush up against baby’s skin causing rashes and redness. And a “wet-feeling” cover still doesn’t automatically equal wet sheets or clothing. Though if the wetness doesn’t have a way or enough time to evaporate before your baby pees again, that can happen. If that’s happening, try making your wool be the outermost layer of clothing — no PJs or cotton sleep sacks — so the moisture can evaporate and keep the wool-dampness to a minimum.

So what’s likely going on with your particular cloth diapers? Probably nothing, actually. The wool is damp in the morning, but your baby’s skin is dry. The cover and sleep sack are pulling so much wetness out of the diaper, it seems, that the diaper isn’t even all that wet. This is good! It’s possible that your baby’s room has a lot of moisture already in the air (are you using a humidifier, maybe?), or that the doubled-up layer of wool is trapping wetness that would otherwise evaporate.

I never owned a wool sleep sack so I’m not familiar with that combo — in the winter I used wool longies as both a diaper cover and PJ pants, or put cotton baby legwarmers and socks on Ike with a regular wool cover/soaker. He was a VERY warm sleeper and would sweat at night in January so I never needed a lot of layers for him. (I’m going to guess you’re in VERY frigid climate [what with fleece sleep sacks and such] but I do want to caution against dressing babies too warm at night in a general sort of way, for anyone who isn’t.) As long as your wool diaper cover fits and isn’t leaking around the waistband, I’m not seeing the need for the wool shirt — again, “dampness” is not “leaking.” A leaking cover would result in clear, visibly soaked sheets and specific wet patches on clothing (like around legholes or above the waistband).

The real test for wool is not whether it feels damp in the morning. You should NOT have visibly wet sheets or anything (it sounds like you did at first, but adding another insert to the diaper solved that and we’re only talking damp wool at this point?). And while it’s also no biggie for any PJs you put over the wool to maybe have a vague-ish odor (you’re gonna take ’em off and wash them anyway, right?), there shouldn’t be VISIBLE wetness or a dampness that spread out past the geography of the cover. But no, the real test is what happens after the wool has been aired-out and dried during the day. Take the cover off in the morning and hang it in a dry, well-ventilated place. (I would actually just leave mine on top of a shelf in front of a window.) By nighttime, the wool should feel completely dry and smell completely, 100% neutral and clean. If there’s any urine stench, it needs to be rewashed. But even with the heaviest of wetters, you should be able to go a few uses/nights before any smell builds up.

So if your wool can pass a nighttime smell test, I’m gonna go with “normal response to nighttime heavy wetting.” She’ll outgrow it in a few months, once there’s more variety in her diet than just ounce after ounce of liquid. In the meantime, try using a GMD Workhorse Fitted at night instead of a classic prefold (but keep the hemp doublers/inserts). The Workhorse Fitteds with a slew of doublers and inserts and a wool cover was our solid go-to nighttime diaper for many, many months. They worked a lot better than prefolds for us, but are made from the same wonderful breathable cotton. They aren’t that expensive as fitted diapers go, and you only need as many nights as you go without doing diaper laundry.

If your wool is retaining a smell, or I’ve misunderstood something and you’re still getting honest-to-God WET DARK SPOTS on clothing and sheets from the wool’s wetness, it could be that 1) your wool doesn’t fit, 2) your wool isn’t 100% but contains some kind of blend, or 3) you’re not lanolizing properly. This is hard to troubleshoot because I’m assuming you’re following directions to the letter from online, but for the record, I found it to be MIGHTILY important to fully dissolve the lanolin in a separate container with hot water and shake it up before adding it to the sink with the soaker. (I used the sitz bath squeeze bottle I swiped from the maternity ward.) Some people add a little baby shampoo as well; I did not. Shake the container until it turns white, then squirt it in and squish your inside-out soaker around. Then let it sit for 30 minutes. Squeeze (don’t wring!), roll up in a towel and squeeze some more, then let air-dry for 24 hours.

When I first started with wool, I just squirted an inch or so of Lansinoh directly into the sink, but later found this led to uneven distribution of lanolin and white spots. And when in doubt, use a little more lanolin. You don’t want the cover to feel sticky and greasy but I always liked being able to “tell” a freshly lanolized cover from the weird “feel” it would get. Plus, if you’re lanolizing longies or sleep sacks, the excess lanolin will be lovely on your baby’s skin and will fade after a couple wearings.

Good luck! Wool is wonderful and yet extremely weird.