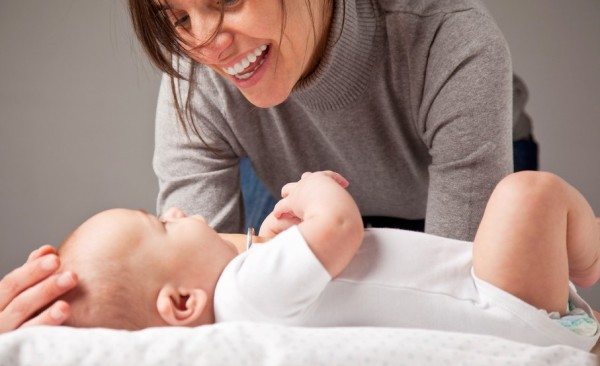 Grieving the Breastfeeding Relationship That Never Was

I’m a long time reader of your blog, and when I found out I was pregnant last year I started reading your pregnancy calendar and Advice Smackdown. Reading your calendar every week was one of the things that kept me sane while dealing with insomnia, back pain, and seven months of nausea. It helped me appreciate the crazy things going on in my body and helped me laugh at myself a little, so thank you!

When my husband and I decided to start a family, I immediately knew that I wanted to breastfeed exclusively for at least six months. Being successful at it was something I worried about my entire pregnancy. My mother breastfed me (but not my two older sisters) until I was two and didn’t have any difficulties. But both of my sisters struggled with their daughters. My oldest sister had a daughter four years ago and was never able to get a good supply. Her experience was terrible and she always made BF sound like a horrible marathon of crappiness. She switched to formula only when my niece was three weeks old. Because of their experiences, I really worried that I would have a similar one.

I had my son in March and at first things went well. But when we went for his second well visit, he had dropped a pound and his pediatrician had me start supplementing. My little one (LO) gave me a hard time latching on in the early weeks — he would go from zero to starving in two seconds flat and would be so hungry he refused to latch on. I started a system where I would give him just a little formula to take his hungry edge off and then bring him to the breast. It was working really well. In a week, he was thriving again and I was pumping enough to start building a stock of breast milk.

Then, when my LO was just over two weeks old, he had a temperature of 102. We took him to the ER immediately. You know it’s a scary situation when the ER waiting room is full, but you are taken right in without waiting :-\ Because it’s unusual for an infant that young to have such a high fever, they had to run a slew of tests on him. The worst was a spinal tap to test for meningitis. It was the scariest experience of my life. I was able to breastfeed him without any problems the first day, but that night he started to leave the breast hungry. We were admitted and stayed for three nights and by the time we left, he was getting more formula than my milk. The stress of the situation made my supply plummet. Thankfully, the fever was due to an UTI (we were there for so long waiting for test results and so that he could be given antibiotics through an IV). After seeing his pedi and urologist, we had to have another test done and found out that he has a mild urinary reflux. It was an all around awful experience, but we’re just happy it wasn’t anything more serious.

After my supply dropped so drastically, I started seeing my lactation consultant more regularly. I did everything she suggested: took copious amounts of fenugreek, always offered the breast before giving the bottle, and pumped every time he ate for at least 15 minutes. My day consisted of sleep, breastfeeding for 20 minutes, bottle feeding, pumping for 15 minutes, changing his diaper, rinse, and repeat. I even got a prescription from my OB for domperidone, which isn’t FDA approved (which means it isn’t covered by insurance…). I was spending over $150 a month on supplements trying to help my supply and it seemed like my whole life centered around the liquid gold that is breast milk.

Now, my son is 4 and a half months old and he’s almost exclusively bottle fed. We do one recreational breastfeeding session in the morning that is hit or miss (sometimes he’s just too distracted to drink) and I’m lucky to pump a half an ounce a day. The problem is, I just can’t seem to stop mourning the breastfeeding relationship that I won’t have with my son. This week being breastfeeding week, it’s shining a light on something that feels like a personal failure. It feels like my body is betraying me. And every article that Huffington Post publishes about the benefits of beast milk or fighting for the right to nurse in public, my heart breaks a little. When friends in my mom’s group complain about cracked nipples or mastitis, I’m just jealous. Logically, I know I’ve done everything I can to be successful at this. But emotionally, I feel like I’ve failed at my first job of being a mother. I just can’t seem to let go of the dream. I keep hoping that tomorrow my supply will magically kick in. At this point, I know it’s doing more harm than good to keep trying this hard. But I also feel like the instant I decide that enough is enough and put away the pump, it’ll just feel like giving up my son and myself.

I’m really hoping you can lay some advice on me that will help me get past this hurdle. I’d like to be able to focus on enjoying my son rather than feeling guilty about how I’m feeding him. Thank you so much!

I won’t blather on with the details I’ve probably shared a million times before, but yeah. I had a lot of trouble breastfeeding my first baby, and ended up right where you are, around five and a half months. He would nurse in the morning, kinda. If I was lucky, again after daycare, but again only kinda. I pumped whenever I could at work but the output was so paltry it wasn’t even worth dragging an ice pack back and forth. One morning, he was extra distracted and didn’t latch on when I offered, and I remember staring at the ceiling and finally thinking, “Okay. We’re done.”

It was a complicated acceptance. Like being in a leaky boat already lost at sea, and letting the oars slip out of your hands and into the water.

On the one hand, yes, it felt good to finally STOP FIGHTING. STOP OBSESSING. To just accept what we’d been dealt, breastfeeding-wise and move on. We tried. We really, really tried. I was grateful for all the brief interludes where nursing actually happened and went smoothly. He was healthy and thriving. I loved him immeasurably. These were the things that mattered, rinse and repeat, over and over.

On the other hand, I am not going to BS you and tell you that I didn’t continue to feel pretty damn sad about it for awhile. That the well-meaning breastfeeding PSAs didn’t feel like a personal insult, that I never had to deal with some obnoxious know-it-all who couldn’t comprehend that breastfeeding can be hard and not work out sometimes. “But did you just try ?” That I never felt irrationally jealous when breastfeeding worked out for someone else.

Time helps. Time brings perspective on what a tiny little blip breastfeeding is in a human’s life, and how it pales in importance to the motherly duties ahead. Time means feeding your baby real food and moving on from formula and putting regular milk from the grocery store in a regular cup. I found deep meaning and joy in making homemade baby food, and then in cooking and baking for my family — healthy, wonderful, delicious food that makes them happy while nourishing them as best as I know how. (With the occasional batch of insane chocolate brownies, of course.) Having more children helped, and getting a do-over on nursing, and being generally more successful at it — while also reinforcing that I didn’t “fail” my firstborn in any way because I “only” nursed him for a few months and never exclusively.

Of course, I look back and still wish things had worked out differently — not necessarily for my son’s sake though, but because I feel sorry for my poor first-time-mom self who wouldn’t stop stressing out over it. For her sake, I wish nursing had not been so fraught.

So give yourself time. It’s okay to feel sad and grieve. It’s okay to be a bit wistful and say you wish things had turned out differently. It’s also okay to hurl your pumping supplies out the window and give HuffPo articles the finger and declare Boob Emancipation and enjoy the prospect of just…being with and enjoying your baby instead of nursing nursing what else should I try what else can I do oh God oh no oh God.

You fought an amazing fight. You did amazing work and I commend you so highly for sticking it out as long as you did.

Above all, you fed your baby. Brava, Mama.