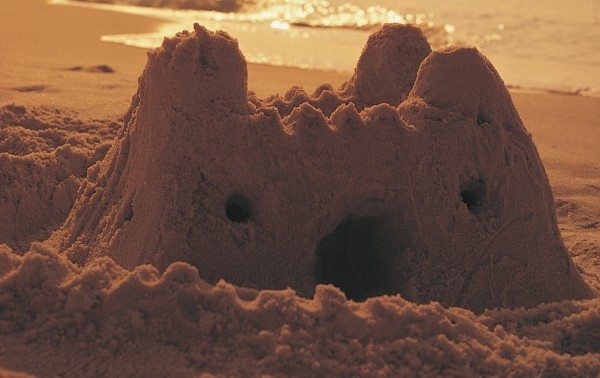 Taking Care of a Newborn Baby at the Beach

Amalah is currently on maternity leave. In her absence, however, she’s just as tethered to the computer as ever, and will be using this space to ask you — our intrepid Advice Smackdown Commenter Crew — questions. What’s been baffling her, as a parent, you may wonder? Why, she’s so glad you asked!

Soooo…you may have heard that I up and had a baby a couple weeks ago. His name is Ike. He is delicious. And while he is my third baby and I SHOULD be pretty used to most of this newborn stuff by now, he is my first baby to be born during the warm, summer months. (My other sons were born in late September and mid-October, respectively.)

So I’ve stocked his wardrobe with onesies, shortie rompers and sun hats, invested in lightweight baby carriers and blankets, and already perfected my eyeroll at strangers who gasp at the sight of Ike’s sockless baby feet despite the 97-degree weather. I know not to put sunscreen on him until six months, but have already enjoyed a couple nice afternoons with him outside in a shady spot.

But I’m still totally preemptively stressing about later this summer, when we are committed to taking a family vacation at the beach. What in the WORLD am I supposed to do with a tiny semi-newborn baby at the beach?

I almost canceled the trip completely, but alas, that’s just not fair to the older kids, who are used to at least two trips a summer (we have family that retired there; we stay for free with them), and who look forward to it like nothing else all year. The beach! The ocean! The indoor pool! The bunking together in tiny condo-sized guest rooms and eating sandy peanut-butter sandwiches every day!

So…yeah. Should I simply resign myself to staying indoors with the baby the entire time, save for maybe the occasional hour or so in between nursing sessions that I could leave him with other family members? Or should I suck it up and strap him on my back and trek him to the beach, sand and sun and saltwater be damned? I’ve read online that a baby younger than two months should be kept out of public pools or the ocean due to immunity concerns…and of course Ike will be ONE WEEK shy of two months around the time of our first trek to the beach next month. (Oh, and my husband is pushing for a second trip in August, too.)

Has anyone taken a beach-centric family trip with a very young baby? What did you DO the whole time? What advice would you offer, or gadgets/gear/whatever would you recommend we drag along, if anything? Because right now I’m guessing it’s gonna be a week of me, the baby, an indoor couch and my Kindle. But I’d love to be more than slightly wrong about that.