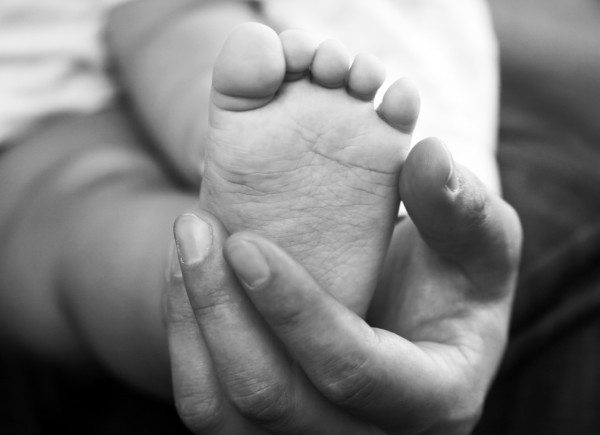 Good morning Amy! and congratulations on your little bundle of joy! You’re certainly going to get your money’s worth on cloth diapering.

My question isn’t about the cloth diapers themselves (you’ve done a great job in past articles!), but about development.

So, I know, I know, I know… all babies develop at different speeds. But, I was looking through old photos and my little angel used to pull her legs in close and look like a little girl who would start playing with her toes at some point. That was in disposables. Now, we are sporting cloth tushies, and I haven’t seen her bring in her legs like that, and she hates to sit (which is perfectly normal, I know).

I was wondering if the bulkiness of the cloth diapers would delay some of those things just due to being uncomfortable for them when they’re little. The thinness of the disposables seems to give a much larger range of motion for the little ones. She also hasn’t rolled over yet (also normal), but I can’t help but wonder if the bulk of being shaped like a bowling pin has anything to do with it.

Now that you’ve gone through 2 in cloth, have you ever noticed anything like that? Or were your boys able to play with their toes properly and sit in bumbo seats without problems?

I’m not overly worried, but I figure that cloth diapers are a long way from the ‘au naturale’ that would give babies the greatest range of motion. It seems to me that they could hinder some movement. I doubt any actual studies have been done, so I just thought I’d ask about your own experience in watching your boys.

Okay, I’m admittedly using only about half my brain function right now (I’ve been suffering from some kind of godawful flu or cold or flu-followed-by-cold since Thursday), and I don’t mean to offend you, OP, when I say that this is one of the stranger questions I have ever received.

No, cloth diapers should not impede or hinder a baby’s range of movement or motor-skill development. At all. If your baby is wearing diapers that are THAT BULKY AND HEAVY and you really think that’s what’s happening…well, I think you’ve got the wrong size or brand or something. Maybe get something with a lower “rise” in the front, or some more efficient inserts. However, let’s also not forget that old-school cloth diapers — bulky cotton prefolds with pins and covers — were in use for many, MANY more generations than trim little disposables or the modern cloth options of today. Pampers, for example, did not even come on the market until 1961, and yet the milestone charts were not altered in any way around that time to account for babies suddenly being able to grab their toes or roll over sooner.

For the record, I have actually only cloth-diapered one baby so far. My firstborn wore Huggies. And while neither of my children ever hit a single developmental milestone at exactly the same age or stage, no, I certainly never noticed any glaring difference between their physical development and abilities. And definitely nothing that I could ever attribute to the difference in their DIAPERS.

It’s possible, when your daughter was pulling her legs in, that she wasn’t consciously flexing her range of motion — sounds to me like a textbook case of newborn/infant gas or constipation. As her digestive system has matured or she’s gotten more used to breastmilk or formula, that problem perhaps simply went away, so you no longer see her drawing her legs in. You don’t mention her age, but for the record — the toe-grabbing skill usually comes around six months old, and has more to do with maturing hand-eye motor coordination than anything else. And lots of babies despise the Bumbo early on, especially if you’re putting her in it before she technically has the core back/neck strength to sit in it comfortably. (And some babies just hate the thing, period, just like other babies hate swings/bouncers/Bjorns/whatever piece of expensive baby equipment all your friends SWORE you couldn’t live without.)

Set the Bumbo aside for now and try it again after she is rolling over on her own. Instead, focus on more tummy time — 15-30 minutes a day, depending on what she’ll tolerate. And tummy time can be done au naturale, on a blanket and absorbent pad, just to give you peace of mind that her pants aren’t getting in the way.