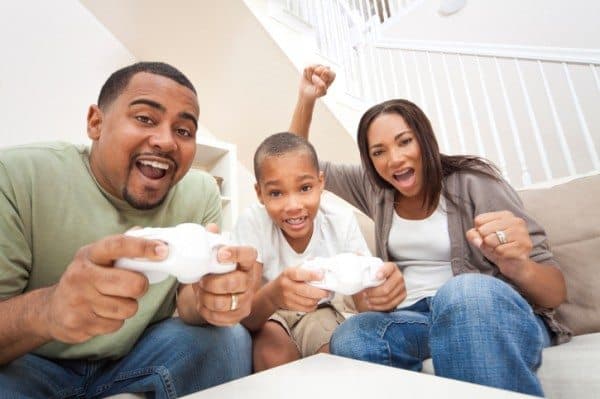 We are fortunate to have Liz Gumbinner as our guest contributor. Liz is Publisher and Editor-in-Chief of Cool Mom Picks and Cool Mom Tech. Liz is also Target’s spokesperson for the holiday season focusing on tech, gaming and electronics. Today she is here to help us navigate the world of gaming systems.

This holiday feels like the year of the video game. There’s hardly a kid I know these days who doesn’t have at least one of the major gaming systems—or at least hope to have one by the time Christmas is over! 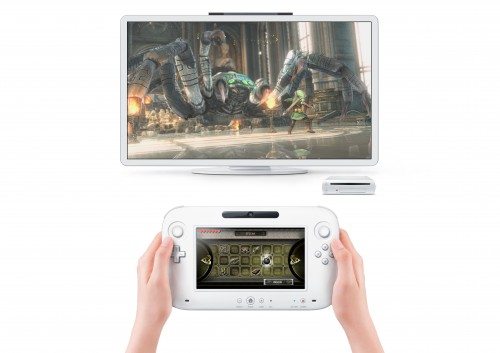 The basics:
The Wii was the first of the motion-activated systems, making it the most popular console around the world to date. It tracks your movements when you hold a simple, stick-like controller in your hand as you dance or hurl a javelin or jump hurdles. And the new Wii MotionPlus increases the motion control accuracy.

The biggest new change is the addition of the brand new Wii U: a revolutionary, hand-held controller/gaming screen hybrid. It not only lets you control the game in innovative ways (like with tilt/shift) it can bring up bonus screens that are played right in the Wii U. My favorite part though is that gaming can actually be moved from the TV screen to your controller and taken to another room. So when Mommy needs the TV back to watch Downton Abbey, your child won’t have to argue, “just let me finish this level!”

The pros: The Wii is intuitive, easy to set up, and even the youngest kids can get into a game of Mario Kart or Wii Party, making it my favorite for families with younger children. It’s really fun with groups as well. Like all of the systems, it has Internet connectivity so you can download new games or add-ons right from the system and play with other players.

Overall it’s also very convenient that you don’t need a tremendous amount of space for the sensor to recognize you. A few feet back should do it, which is important if your TV is in a narrower room.

The cons: Nintendo really designed these games for family connectivity and fun so you’re not going to find the serious graphics of other systems, especially if you have older kids who prefer the shoot-em-up games. Also, because the system is tracking a small controller and not your whole body, it’s easy to “cheat” the system if you’re lazy; for example you can just swing the controller back and forth during a dance game and it will still score you pretty well. The solution: Don’t cheat.

Also, while the console itself has an SD slot for photos (you should use that), and Netflix video streaming, it can’t play CDs or DVDs so it’s got limited use compared with the other systems.

Bottom Line: Great for family gaming fun for all ages at an excellent price, and the Wii U could make it a category game-changer as the technology continues to improve and update. 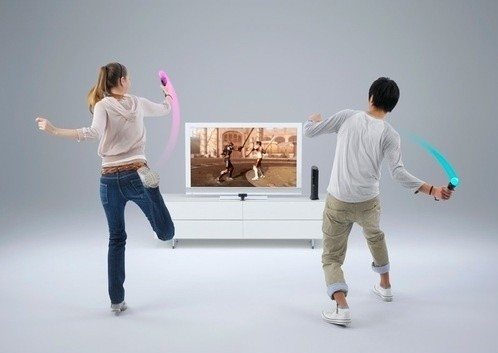 The basics:
This is really an all-in-one entertainment console, with gaming capabilities, an excellent Blu-Ray player and the ability to connect to the Internet, stream shows and movies, and play many games with friends and family in other cities.

The addition of the PlayStation Eye camera and the “Move” motion controllers (which feel like holding giant glowing microphone) allow motion-activated gaming. In the more traditional PS3 games, the Dual Shock controller has enough buttons and arrows and joysticks to give it a lot of capability, especially when you get into more complex adventure games; and feeling the controller vibrate in both hands (the “shock” part) when you blow something up or hit something really adds to the immersive sensation of the gameplay.

The pros: The games overall for PS3 are simply outstanding. And the Move technology is easily the most accurate of the motion-activation systems, because the camera tracks even head tracking, and can zoom in or out. Voice commands are a great plus.

The Move controller is more precise than the Wii, plus you can get additional controller shapes with interchangeable heads like ping pong paddles, golf clubs, pistols, and even an archery bow.

As for the entertainment side, the PS3 really is a decent Blu-Ray player (it is Sony, after all) so we use it to pop in movies, especially with the Dolby surround sound capabilities. We also use it as our main entertainment hub, running Netflix and Amazon Prime streaming movies through it as well, and it’s fairly easy to navigate through the screens using the controller. You can even watch 3-D movies!

The console’s storage capability can be quite large, holding up to 1800 games, or 140 films, plus songs and photos. And the Bluetooth technology for wireless gaming is a huge plus; you can talk with friends while teaming up on a game like Call of Duty, or Borderlands.

The cons: Sony designed the PS3 so that it doesn’t play PS2 titles—very frustrating when you upgrade and have to start over with your game library. (It does play PS1 titles though, should you have those lying around.) Also I find that the Move itself doesn’t have as many “must-have” games, and the controller is pretty big – not as ergonomic and comfy in your as the Wii controller, and definitely a lot to handle for smaller kids’ hands.

Bottom Line:
Terrific system for the family that loves entertainment, from gaming to movies; easily the number one pick of serious cross-platform gamers. 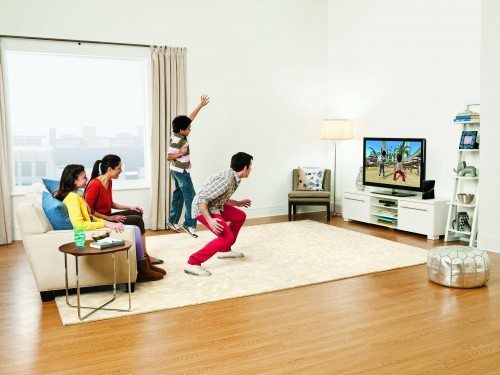 The basics:
While the Xbox 360 was already a popular system, Microsoft entered the motion-controlled gaming world when they added the Kinect sensor in 2010, and technology is mind-blowing. This is truly the first controller-free system, allowing you to use your hand motions and body movements to control every aspect, from game set up and pausing (open your fingers, and extend your arm down at an angle like a bike signal) to the actual game playing itself.

It’s also a phenomenal media system, and with an Xbox LIVE membership—which you’ll want—you have access to multiplayer Kinect and controller gaming, HD movies, live sports, and streaming entertainment through services like HBO Go, HuluPlus, Netflix and even YouTube.

The pros: The technology overall from Microsoft is just growing by leaps and bounds in every way. Because you aren’t burdened by a controller in hand, it’s really the best system for fitness with programs like the outstanding new Nike + Kinect Training, and general activity with all of the popular dance games. There is something super cool about seeing your real body moving along with the characters on screen, and knowing exactly how you’re doing.

Like the PS3, the Xbox also goes well beyond gaming into entertainment with so many options through your Xbox Live membership. I also like the Family Center which lets you place time limits on gaming time, and give allowances of Microsoft Points if you want older kids to have some say in what games come in the house next. And Bing-powered voice control is so helpful for finding movies you want without scrolling through lists.

Now Microsoft has added some genius portability features, with Xbox Smart Glass which lets you connect your Xbox 360 system and your tablet. In cool ways for gaming and entertainment You can even start a movie on your TV, then flick it to your tablet to bring it with you.

Also hooray for not having wires and controllers all over the living room!

The cons: It is nearly impossible for children under about 5 to control the game on their own, and the sensor may not pick up their motions at all. (In a sports game, it may read them as an adult on their knees, not a small child.) You also really need 6 feet or more between you and the sensor, and that includes space behind you for when things get active. Our living room is narrow and to play well we have to move our couch every time, which is extremely annoying.

Also, while Xbox Live is phenomenal as an entertainment option, of course, there’s a charge. A Gold Family Pack (4 memberships for the price of two) is $99.99 a year

Bottom Line: This is the very best system for keeping families—and especially kids in grade school and up—active while they play, plus it functions as a very comprehensive entertainment console. The technology is allowing for some amazing features that the other systems don’t come close to having.

If you’re considering one of these systems, there’s a terrific Price Match deal at Target right now through Sunday 12/16 – bring in any ad promoting the same product for less and they’ll match it. You can even show a lower deal on your smartphone in store and the cashier will honor the lower price! But keep your eye out for last minute, pre-Christmas sales. They’re coming!

Liz Gumbinner is Publisher and Editor-in-Chief of Cool Mom Picks and Cool Mom Tech, and is Target’s spokesperson for the holiday season focusing on tech, gaming and electronics, to help share ways that Target is making it easier for families to have an amazing holiday.