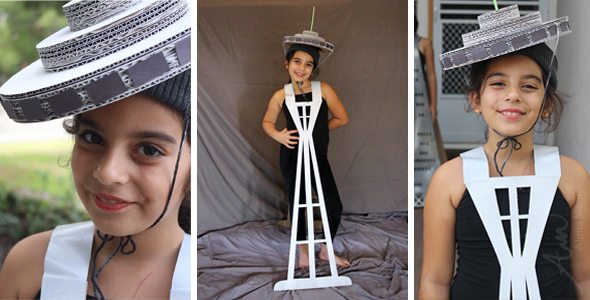 Here is the last installment of our Famous U.S. Building Kids’ Halloween Costume Series: the Space Needle! Honestly, this Space Needle costume is mostly about the headpiece/hat. I’ve always wanted to create a Space Needle hat. It’s very stylish, no? Top of Hallow’s Eve to you too! 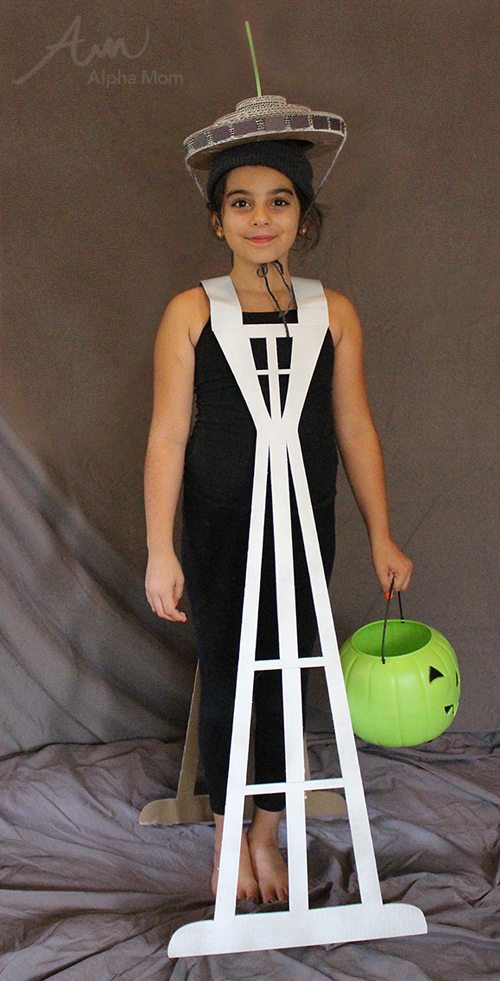 This costume is actually pretty simple outside of the stylish hat. You could even skip the body or sandwich board part of the costume and just wear a white leotard outfit for the body if you like.

Supplies you’ll need For the Costume

Full disclosure, I’m a graphic designer so I sent files I created on my computer to my local favorite large format printer. If you have access to a large format printer, I suggest you do the same. It saves hours and hours of cutting time but if you have time and you are handy with an exacto knife, it’s certainly doable by hand!

How to make a Space Needle Costume

I’ll start with the Space Needle costume’s headpiece/hat. This is a series of cardboard circles, 19 total. There are six large circles with the center cut out as a place for a head to go. Then there’s one larger circle on top of that without the center cut out. Then there are six medium-sized circles for the middle of the hat and six more small circles for the top. I cut a tiny circle in the middle of the top 12 circles to place my glow stick through for the actual needle. This also helped to line up the circles as I was gluing them together one by one.

I used hot glue but regular white craft glue would work too, it would just take a little longer to dry. 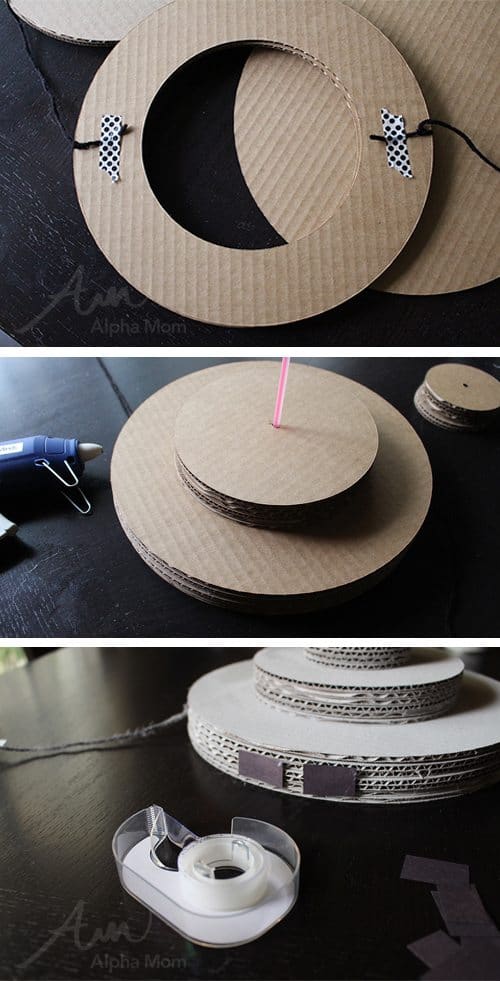 I also cut two small holes on either side of the bottom two circles that I could run a yarn string through so that the hat could be tied on. After I spray painted the hat I attached black construction paper windows with some strong double-stick tape (glue would work well here too, of course).

For the body of the Space Needle costume, I followed the same steps I did for all of the other costumes I made for that resembled buildings that followed the structure of a sandwich board. I taped the shoulders together with duct tape (ten-inch strips stuck together so they don’t stick to your child) and then spray painted the whole thing white. That’s it! 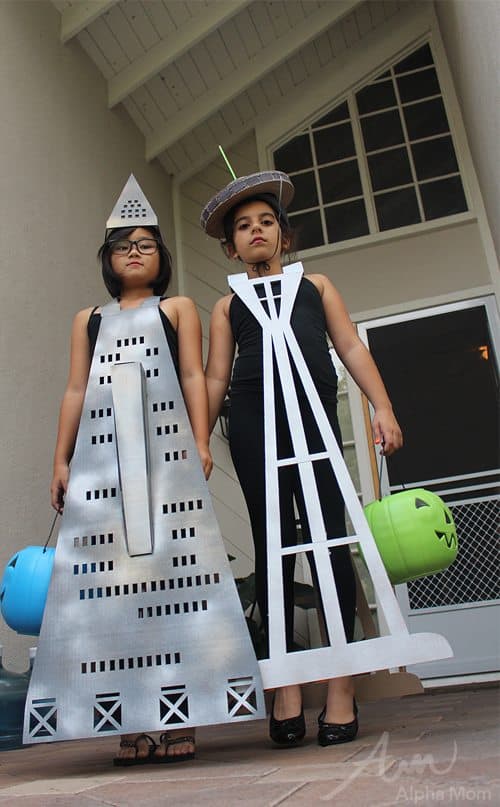 Then we slipped the Space Needle costume body over a black leotard outfit, tied on the headpiece and we were ready for a night of towering trick-or-treating!

This is part four of series of Famous U.S. Buildings Halloween Costumes for kids.

Be sure to check out the others Famous U.S. Buildings Costumes:

*Always spray paint outdoors or in a well-ventilated room.**Hot glue is dangerous. Be careful!