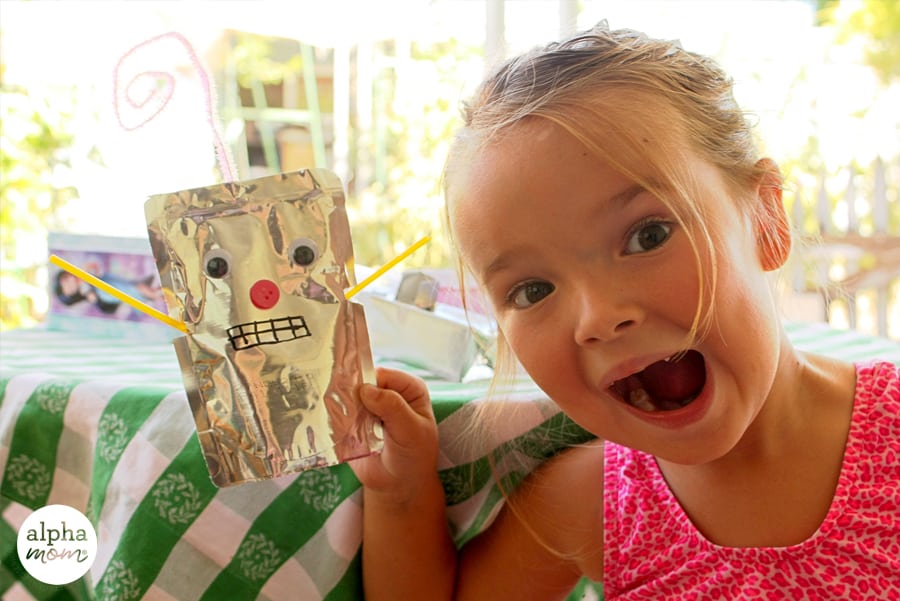 Recycle What’s In Your Lunchbox!

I know most of us are trying to cut down on disposable packaging when we send our kids off to school with packed lunches these days but sometimes packaging happens. Plastic cups, juice boxes, baggies, lids…it adds up after a while. You could recycle it at the curb OR you could save yourself a bazillion dollars at the craft store and make things with it! Put down those packaged crafting kits and put on your creative thinking caps instead! It’s amazing what you can build with some recycled parts, silver spray paint and a few handy tools.

How we turned lunchbox items into fun kids’ crafts:

For this craft, I set up stations. All of the stations needed to be manned by an adult since they involved spray paint, hot glue and sharp tools but that did not hamper the kid creativity. The little crafters went from station to station with all kinds of great ideas about what they wanted to make. 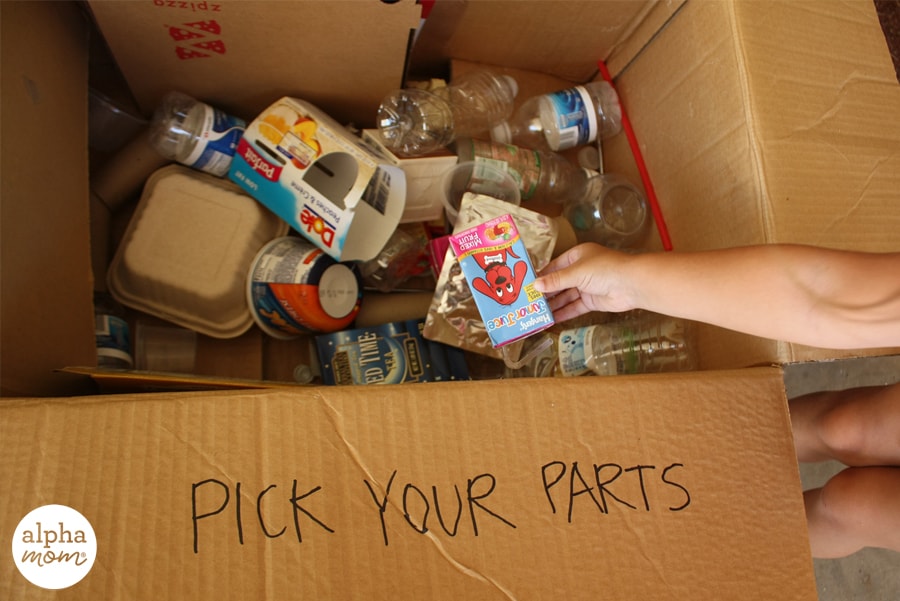 First we had a box of parts: boxes, bottles, lids and more. I just threw it all in a box and labeled it “Pick Your Parts.” It was really fun to watch the kids rifle through the box and plot out what kind of creature they would make. 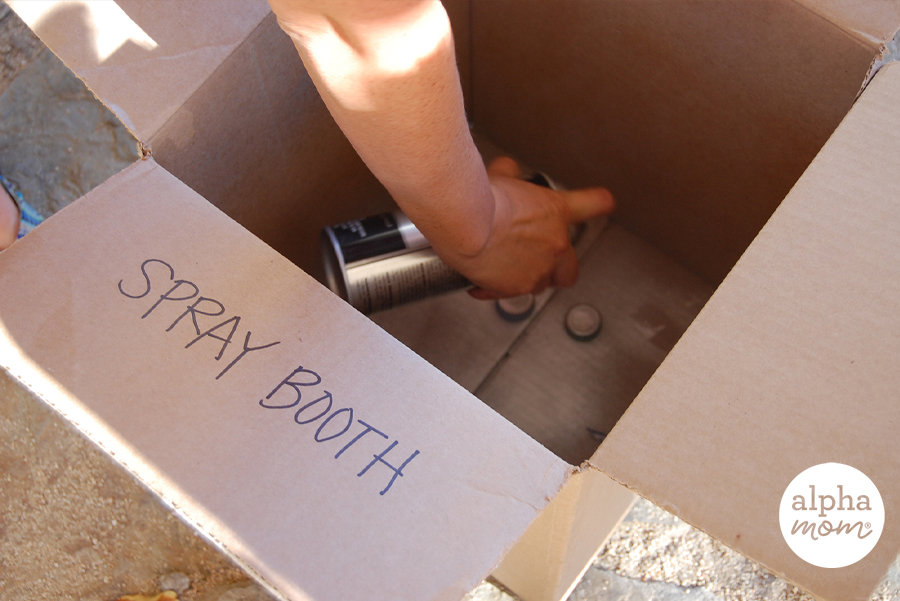 The second station was the “Spray Booth” which was just a cardboard box set away from the crafting area so I could spray paint anything anybody wanted silver without worrying about fumes or paint getting on anyone. 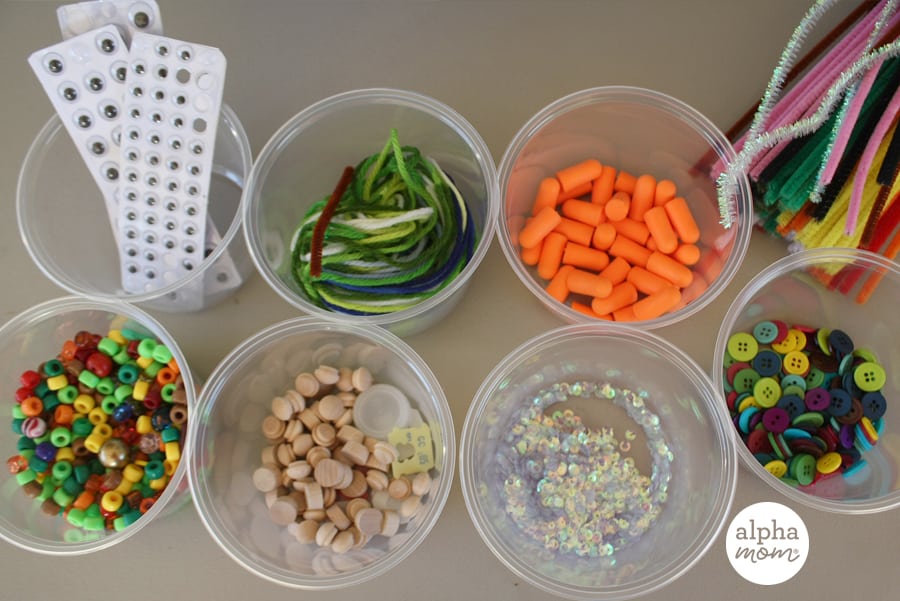 Next I set up a station of bits and bobs for decorating our recycled creatures. We made aliens and robots, so buttons, googly eyeballs, chenille stems and beads worked great. I even bought a box of earplugs at the hardware store that really sparked some creativity. 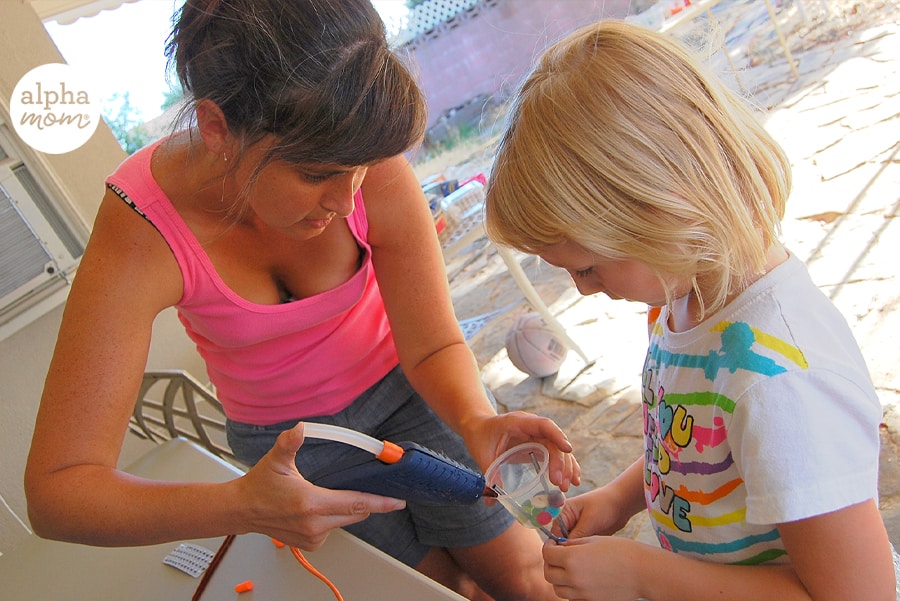 I set myself up as the Glue Technician and Official Sharp-Tool Operator. If any of the kids wanted anything attached or cut apart, they brought it to me and showed me what they wanted glued to what or what cut where. 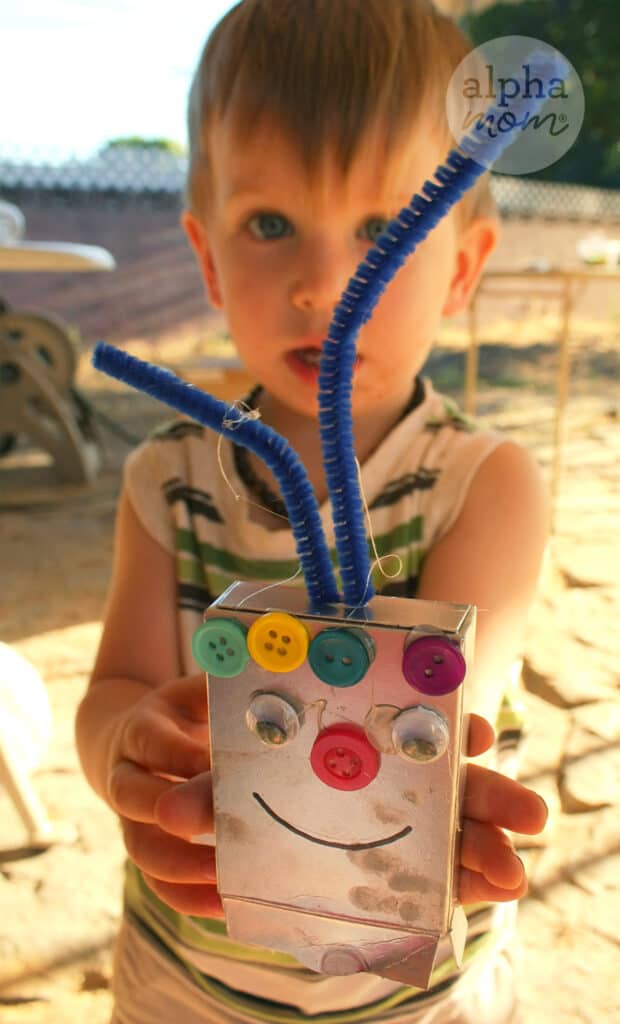 Even my friend’s two-year-old was really into it, showing me pointedly where he wanted buttons glued on his raisin-box robot. It was the sweetest! 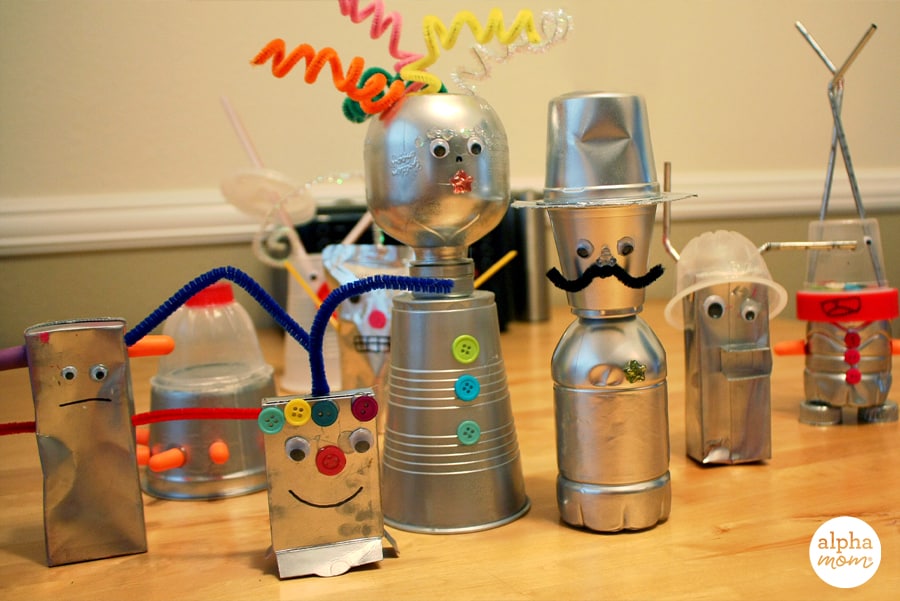 We had so much fun making all sorts of robots and aliens. 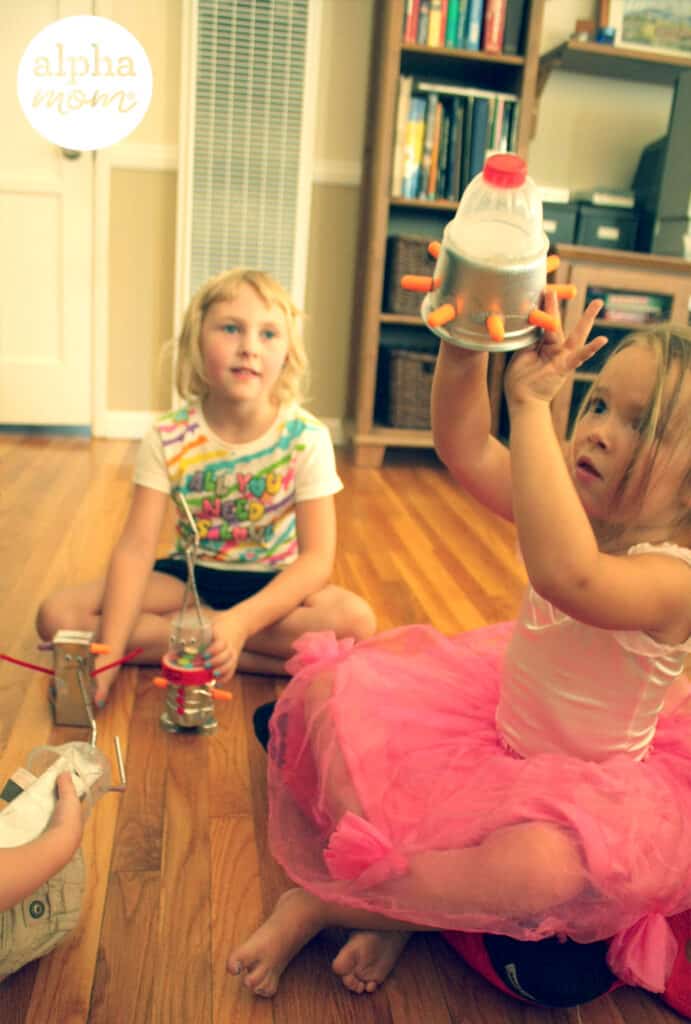 And then we played with them of course!