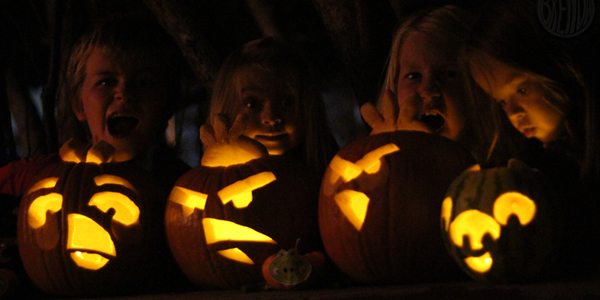 I don’t know about your kids but my kid is CRAZY about Angry Birds these days. If she isn’t borrowing my phone to play the game then she’s begging for an Angry Birds lunch box or a t-shirt or an Angry Birds tattoo on her bicep. Just kidding on that last part but I wouldn’t put it past her. 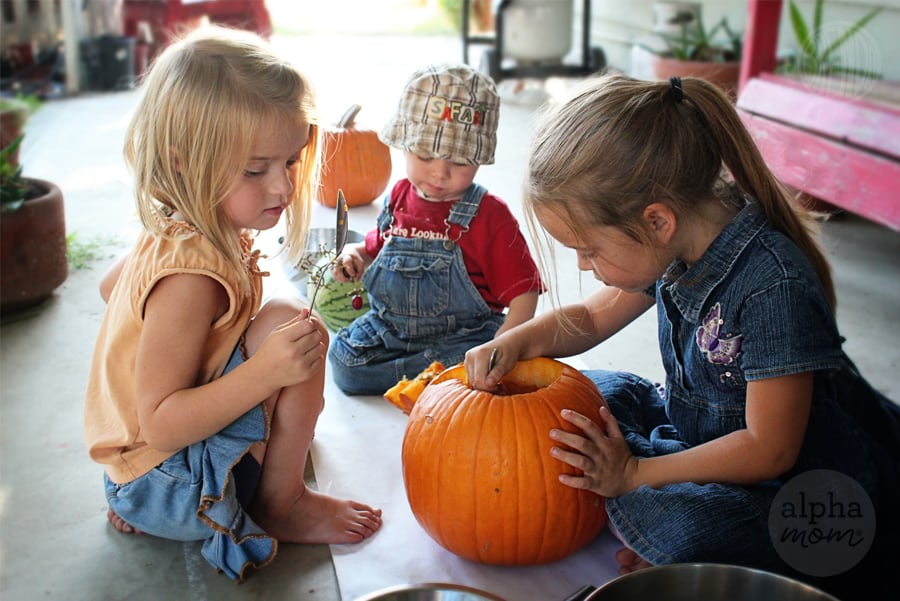 So it wasn’t too far of a stretch for me to figure out that she’d love some Angry Bird pumpkins for Halloween this year. We here at Alpha Mom figure you’re probably thinking the same thing so we’ve made you some Angry Birds templates to help with the pumpkin carving!

Just print them out:

Tape them to your pumpkin and get to carving! The yellow and red areas are “shaded” areas which means you don’t want to carve this space out but instead just lightly shave your pumpkin with a knife or a potato peeler. 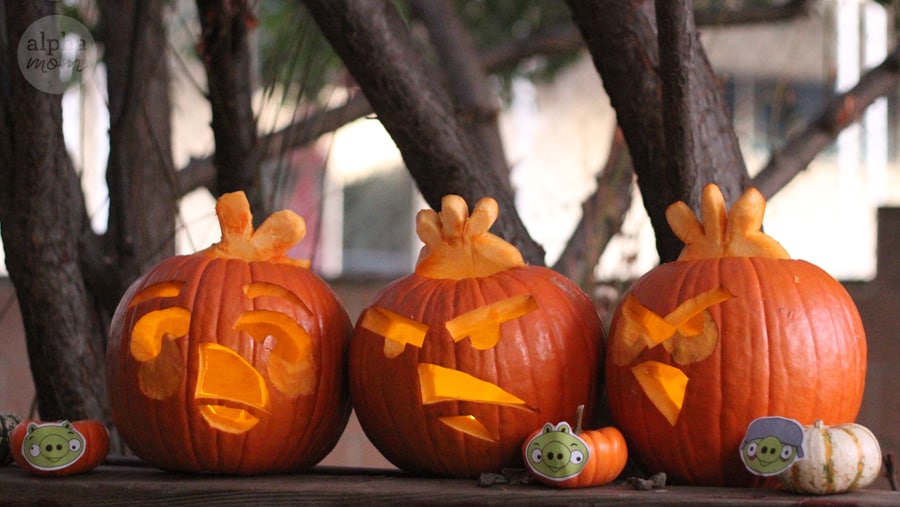 In the daytime they looked better with their beaks in. (You can just wedge the piece you cut out back in there and hold it in place with a toothpick, bringing it slightly forward on one side so it looks beakish.) But at night they looked better without their beaks. It’s funny how negative space plays tricks with your eyes sometimes. If you’d like the pumpkin tops to look like feathers, just cut out some notches from the circle you make to remove the seeds and then round them into feathers like so:

Then sit the lid on top of your pumpkin vertically, like so. (Toothpicks can help here too if the lids wants to fall inside the pumpkin.) Just make sure you’re using battery-operated candles or leave the tops off if you want to burn real candles. 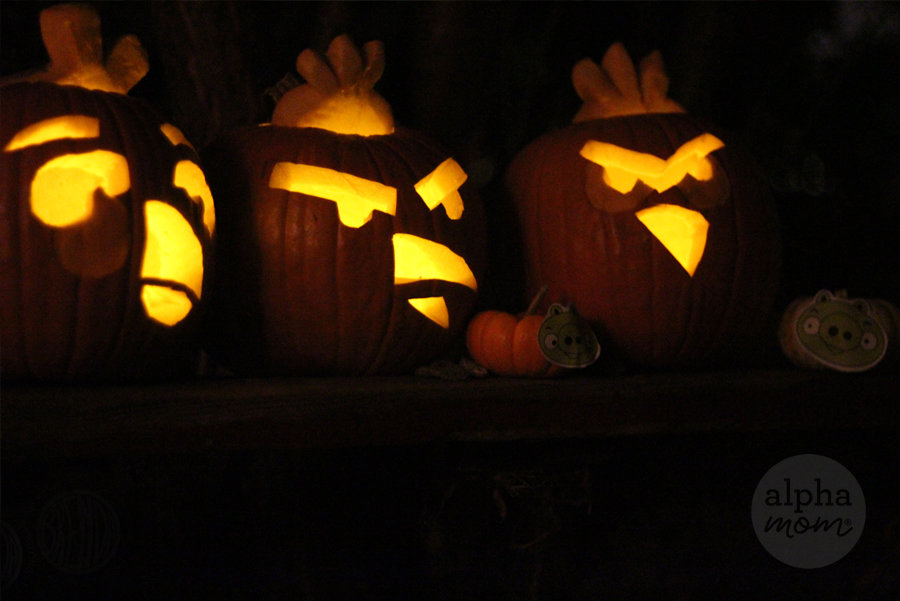 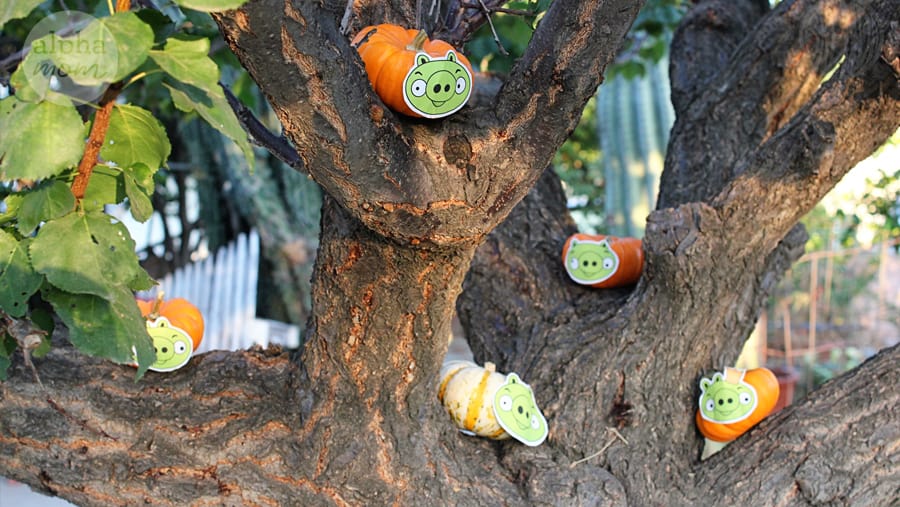 If you’d like to play along with some little laughing pumpkin pigs, here’s a pdf you can print out, cut and glue dot onto some mini pumpkins. I can almost hear them grunting!

Update:  We love you Angry Birds. We’ll take this post down if this bothers you. We’ve just made this craft because we wanted to keep the Angry Birds party going.