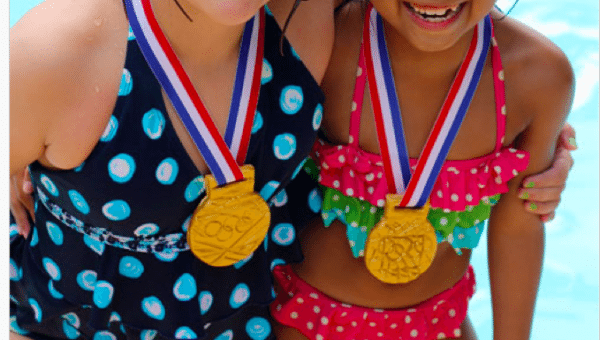 Make your own homemade gold medals to celebrate the upcoming Olympics and your own special gold medalists! 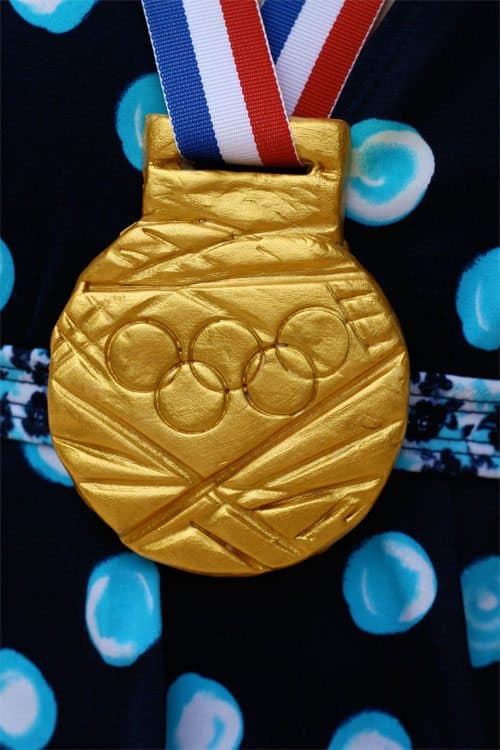 I love Pluffy from Sculpey. It is nice soft workable clay that doesn’t harden until you bake it.  Another fabulous product is metallic paint from DecoArt (which is non-toxic and water-based). It really makes your objects look like metal. So grab some Pluffy (one package will make about three medals), Metallics Paint, a brush and ribbon and you are ready to get started. All supplies can be found at Michael’s Arts & Crafts! 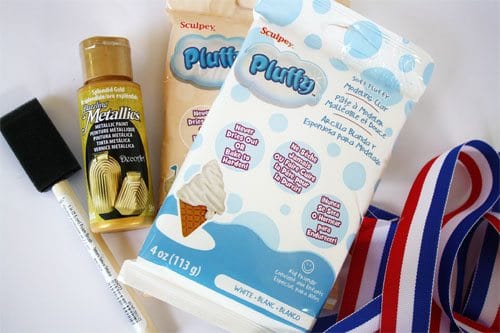 We used found objects to cut and press into the clay. A drinking glass made the perfect circle. 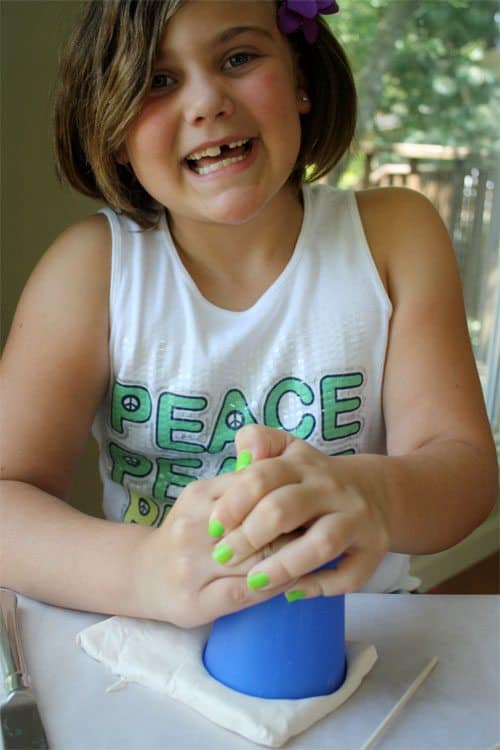 The cap to a lip balm made perfect rings and a skewer made nice lines. 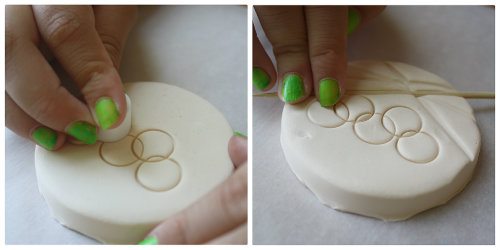 Be sure to use this opportunity to talk about the gold medals. They were designed by a British Artist, David Watkins.

The Story of the 2012 Olympic Medal 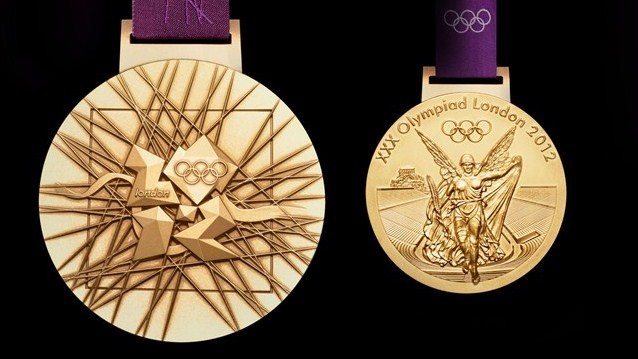 “The Olympic medals’ circular form is a metaphor for the world. The front of the medal always depicts the same imagery at the Summer Games – the Greek Goddess of Victory, Nike, stepping out of the depiction of the Parthenon to arrive in the Host City.

The design for the reverse features five symbolic element.

We used some of these elements for inspiration for our homemade kids’ Olympic medals. Don’t forget to make a way to hang the medal on a ribbon or string. It’s important for safety reasons to bake clay according to package instructions.  (Also, it’s good practice to always ventilate your area well when crafting.) 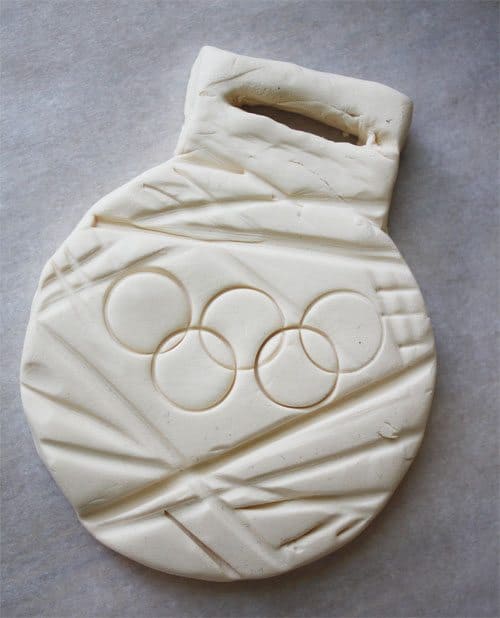 Paint the medal. It will take about three coats for total coverage. 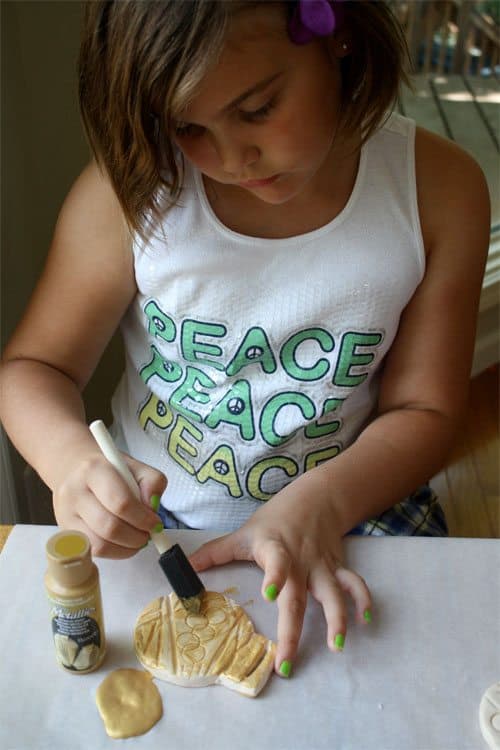 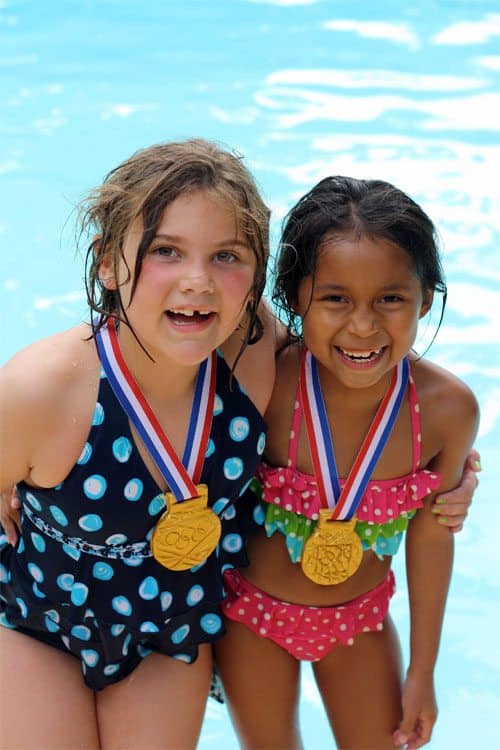 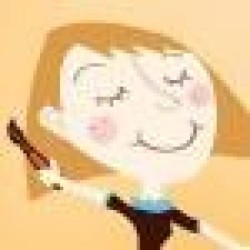 Cindy Hopper was fortunate to be raised in a family who appreciated the arts. This background led to a Bachelor’s Degree in Art Education. With a keen eye for design and color, Cindy has cont...

Cindy Hopper was fortunate to be raised in a family who appreciated the arts. This background led to a Bachelor’s Degree in Art Education. With a keen eye for design and color, Cindy has continued her love of art and is now passing her creative skills on to her three children. Cindy’s family and friends are the beneficiaries of her passion for fun and meaningful creative projects.

Cindy’s personal blog, Skip to My Lou, has taken her love of a project to new levels. Postings keep the family busy -– from testing new recipes for holiday treats to designing and building floats for a neighborhood parade to making fabric rolls to hold crayons to creating themed parties. Cindy seems to have an unending supply of ideas for gifts, parties and rainy days.