Twitter Facebook Pin It Email Article
Prev LeapPad Ultra Vs. Tabeo e2: Are Either the Right Tablet For Your Children? Next Do These “Hot Toys” Really Deserve the Honor? 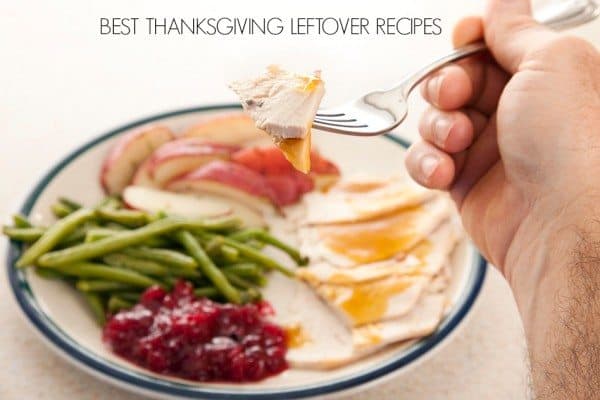 Happy oh-good-lord-I-ate-too-much post-Thanksgiving season! I hope everyone had a wonderful day and can still move. There was a minute there when I thought I was going to have to sleep at the table, but I did manage to get up. Barely.

Me, I’m a purist when it comes to Thanksgiving leftovers: I most emphatically do not get sick of making plates that look exactly like what we ate on the holiday (albeit smaller-portioned) for a week afterward. I love Thanksgiving foods! But 1) my family gets sick of it faster than I do, and 2) I cannot bear to throw away the turkey bones. So that means there’s some post-Thanksgiving work to be done, and other yummy dishes to be made. 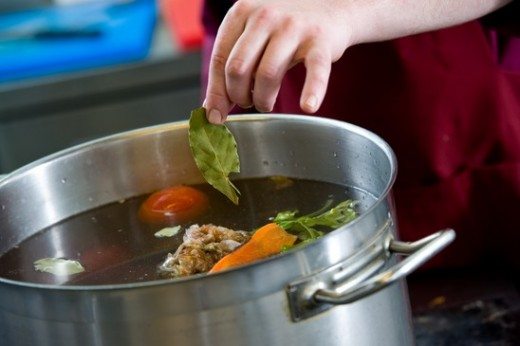 I’m the person who blinks at you rapidly if you tell me that you don’t “know how” to make soup. Making soup is easy. But if you’ve never done it, I can see where it would be daunting, especially if you’re facing down a sizable turkey carcass. And if you check out conventional stock-making methods, many of them call for skimming the surface of a roiling pot, which is a hot, messy task even if you know what you’re doing. But Michael Ruhlman’s oven method couldn’t be easier. Allow me to summarize:
1) Break up the carcass some with your hands, put it into a big pot.
2) Put pot in oven at 200 degrees for 8-16 hours.
3) Enjoy while your house starts to smell amazing.

Okay, yes, there are a few other steps, but only a few. Ever since I tried these directions a few years ago, I’ve never gone back to making turkey stock soup on the stove top. It’s not only easy, the resultant stock is rich and flavorful. Most of it gets frozen (no need to buy stock at the store for months!), but then the second thing I make is… 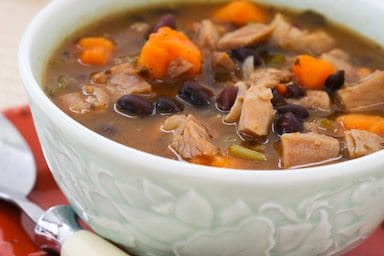 Granted, I’m a huge fan of soups in general (does anything else warm you up the same way on a cold day?), but this is one of my favorites. Kalyn’s recipe is perfection for Thanksgiving leftovers; you’ll use your freshly-made stock, some of the turkey meat, and if you did a simple sweet potato preparation you can use those leftovers as well. (If you’re a casserole or marshmallow type, well, go root around in the pantry and see if a couple of sweet potatoes rolled away and escaped while you were cooking the big meal.) The addition of black beans and lime both rounds out the flavors and makes it different enough that no one will feel like they’re eating turkey for the millionth time in a row. This one freezes well, too—there’s no noodles or delicate veggies to get soggy—so if you want to make a double batch and freeze some, go ahead.

Finally, the last thing I want to do the morning after my three-day-cook-a-thon is make something fussy for breakfast, but I get my second wind by Sunday and find myself determined to enjoy some leftovers with a runny egg atop for brunch. Yum! I’ve tried a variety of “Thanksgiving Hash” recipes and my hands-down favorite is…

Don’t be frightened by the review who claimed this was too dry; I suspect either their corn pudding was dry or that they didn’t do the soft egg on top (which, in my opinion, is the ultimate key to a good hash, anyway; without the egg, what’s the point?). Brown’s recipe does call for his corn pudding—which is very good—but if you make any sort of sweet-leaning cornbread dressing with your turkey I think that would work just fine. I do a caramelized onion and apples cornbread stuffing and it’s delicious in this recipe in place of the pudding.

This hash reminds me of huevos rancheros, for some reason. I don’t know if it’s the jalapenos or the beans (or both), but I wouldn’t judge you if you put some salsa on it. And I could be wrong, but I don’t think Alton Brown would, either. He seems like he would be flexible that way.

What’s on tap for the Thanksgiving leftovers at your house? Got any favorite recipes I should try? One of these years I’m going to try explaining to my husband that four people do not need a 20-pound turkey.