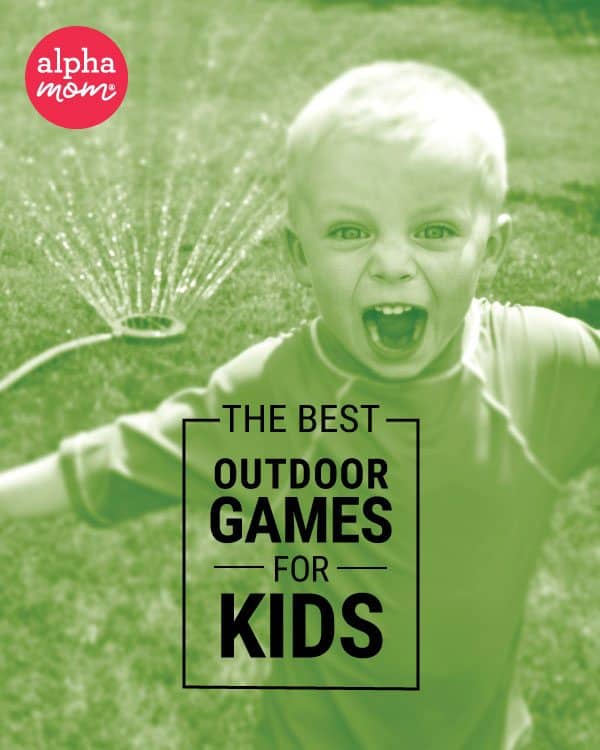 The Best Outdoor Games For Kids

My goal for this summer is for my kids to have a lot of old-fashioned fun. I’m done buying in to the idea that kids need to be involved in classes and camps and museum trips and carnivals all summer. Yesterday was the first day of the first day of summer vacation, i.e. the first day of Project Summer Won’t Suck for the Summers Family, and it went … pretty terribly.

I watched six neighborhood kids sit around yesterday and discuss how they had “nothing to do,” and instead of punching myself in the head repeatedly, I made this list of easy-to-play outdoor games, all of which sound more fun than giving myself a concussion.

Blob Tag: This is an excellent game for big groups of kids, especially if the kids are of varying ages. The youngest child is “it” and just like regular tag, she has to catch and tag another player. Each player who is tagged becomes part of the blob — literally: The most recently tagged player holds hands with the player who tagged her and the “blob” of tagged kids chases everyone else. Only the ends of the blob can tag other players, but you can give the kids on the end a pool noodle to extend their reach, if you want to make it more fun. The last untagged kid wins and gets to be “it” in the next game.

Sharks and Fishies: This game is simple and gets kids moving, which is important, yes, even if you have a Wii. Spread a few beach towels out on the ground to make safe zones for the fishies. One child is the shark, the other kids are fish. The fish all start in a den (standing on a towel). But when the shark calls out, “Fishie, fishie, cross my ocean!” all the fish have to make it to another den without getting tagged. If you’re tagged you’re a shark too. The game’s over when there are no fish left.

Octopus Tag: Another beach-themed tag option for hot summer days. Kids line up at one end of the yard or field. The octopus stands in the middle and says “Swim!” Players try to cross the ocean without being tagged. Tagged players cannot move from the spot where they were tagged, but they can tag other players trying to cross the ocean.

Cold Potato: A full water balloon with a small leak is passed around from kid to kid. The goal is to not be the one holding the leaky balloon when it’s totally emptied. You can make this more exciting by dividing kids into teams and having them run a shuttle relay with the leaky balloon. The team that runs the most shuttles wins.

Red Light, Green Light: This is a classic, but it’s one that kids don’t always know how to play because we just think they’ll instinctively know it. Not sure you remember the rules? Here you go: One kid is the stoplight. The other kids line up about 15 feet away. The stoplight turns her back on the rest of the players and says “green light” — which means everyone can move toward her. Then she says “red light” and turns around to face the other players; anyone who is still moving is out. The first player to tag her wins and gets to be the stoplight for the next game. (Another option, if you have access to a big space like a park or playing field, is to have the stoplight stand in the middle of the field and the players line up at one end. The first player to reach a designated spot at the far end of the field wins.)

Elbow Tag: This works best with an even number of players. Everyone finds a partner and links arms. One pair is broken up — one of those kids will be “it” and  one will be chased. The kid being chased can seek safety by linking arms with another pair, forcing the player at the opposite end of the chain to break off and be chased. Alternatively, the kid who breaks off is now “it” and chases the other single kid.

Obsta-Cool Course: Start by setting up a simple obstacle course in the back yard. Then gather all the squirt guns, water balloons, buckets and hoses you have around and pass them out to the kids. One kid runs the course while the others douse him with water. The kid who finishes in the fastest time wins. Kids can rebuild the course between runs to make it more challenging. This is perfect for a hot day when that one friend who’s got a pool is on vacation so you’re stuck in your own backyard.