Last week the kids in the neighborhood sent a three-year-old little girl to the hospital with a dislocated elbow after a not particularly rough game of Red Rover. You realize what this means, right? NO MORE NEIGHBORHOOD OUTDOOR GAMES! Not really but it did get me thinking about finding some alternative games which hopefully won’t maim the neighbors.

Blob Tag seems a little safer for those delicate arm and elbow sockets. You need a medium or large group of players for this version of tag. The ‘blob’ starts off as two players with linked elbows this team tags as many people as they can who then join the blob. The game is over when everyone has been absorbed into the Blob. 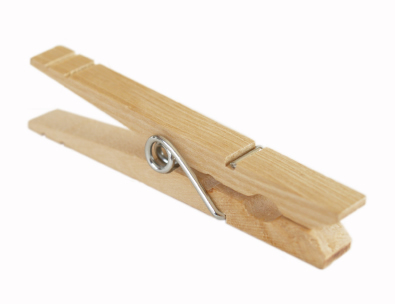 Clothespin Tag requires a marked playing field, 5 clothespins for each player and a reasonably large group of players (about six or more). Players try to collect as many clothespins as they can in the allotted time, the player with the most clothespins wins.

Firefly Tag is played either in the dark or the twilight. You need three or more players who can count silently to 60, and a flashlight. One player is the firefly leaving the group with the flashlight in hand while counting silently to 60. The rest of the players count to 100 and then start out to find the “firefly”. As the Firefly hides and runs from the rest of the players, she must flash her light every time she counts to 60. 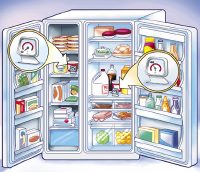 Refrigerator Tag would be super fun to play with my daughter. You need 5 or more players and four objects to be bases. The bases are called “Don’t Like It”, “Love It”, “It’s Okay”, “Never Tried It”. The person who’s ‘It’ calls out the name of a food and tries to tag someone as they run to the base of their choice. Hint: If you’re playing with my daughter position your self in front of “Don’t Like It”.

Summer’s almost over so get your kids outside before they’re trapped back inside all winter.