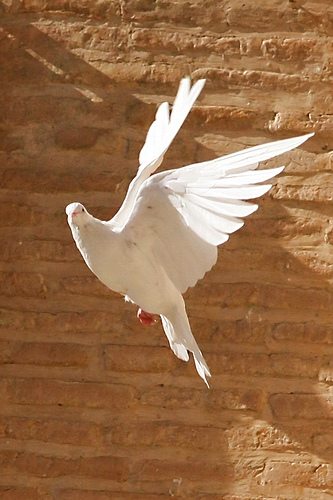 So I’ve been trying to write about this topic for…oh…I don’t know. Ages. It keeps coming up as A Topic I Should Cover but then I try to write about it and give up after a few halfhearted paragraphs.

Whenever I see this topic come up on the Internet, the following drama seems to unfold:
A woman on the verge of quitting posts her struggles, her difficulties, her admission that she hates it and wants to quit but worries she’ll regret it, that she’ll be letting her baby down, face judgment from friends and family, her exhaustion and frustration dripping through every word she types.

A few supportive comments trickle in, tempered with well-meaning but unasked-for advice and solutions, like OH, HAVE YOU SEEN A LACTATION CONSULTANT? HAVE YOU TALKED TO LA LECHE LEAGUE? I HAD ALL THOSE PROBLEMS TOO BUT THEN I DID X, Y, AND Z AND NOW I’M STILL NURSING AND IT’S GREAT. YOU CAN DO IT! BREAST IS BEST! YOU JUST HAVE TO KEEP TRYING.

A few more supportive comments trickle in, tempered with well-meaning but perhaps specious anecdotal proof that FORMULA EXISTS FOR A REASON. IT IS JUST AS GOOD. DON’T LISTEN TO THE BOOB NAZIS, MY KIDS NEVER GOT A DROP OF BREASTMILK AND THEY ARE ALL ASTRO-PHYSICISTS AT HARVARD, WHILE MY SISTER BREASTFED HER KIDS BUT THEY’RE ALL IN JAIL. FACT!

Then it devolves from there. Knee-jerk judgment over anyone who dares to quit and NOT feel terrible about it. Supportive breastfeeding advocates getting grouped together with genocidal maniacs. Everyone getting defensive over exactly when it’s “okay” to quit and when it’s not, the implicit suggestion that you always could have done more, tried harder, aren’t a good mother because you just flat-out hated it all, or needed to go back to work, or required medication or surgery, or just the occasional break that a bottle of formula offered.

One draft I wrote actually did try to list out a lot of circumstances that might mean breastfeeding wasn’t the best option, but I quickly deleted it because duh, like it’s at all up to ME to decree what’s an “acceptable” reason for any grown-ass woman to opt for one feeding method over another.

Breastfeeding was really, really important to me. It was…not really great, the first time around, and never worked the way I wanted it to. By the time I quit (or really, “we” quit, as Noah was pretty much over it by five months or so), I was a weird mix of disappointment and relief and resentment and wistfulness. I was glad I got to nurse at all, I was sad I couldn’t nurse longer, I was finally okay with the fact that I could stop and still be exactly the mother I always wanted and needed to be…and yet I was mostly afraid I was going to get judged or graded by someone.

So…I guess that’s the only thing I really want to say about this topic, at least for now:

Sometimes it doesn’t work out the way you hoped or thought. Sometimes you have to quit. I totally understand, and you don’t have to defend yourself to me or anyone. I’m sorry if you’re sad about it. I’m happy if you’re happy about it. I’m proof that it might work out differently next time if you try again; I’m absolutely no reason you should feel like you have to try again if you don’t want to. Fist bump to anyone who tried and did or couldn’t and didn’t.