Twitter Facebook Pin It Email Article
Prev From One Baby to Two Next Beyond the Cereal Box: Wholesome Finger Foods For Babies 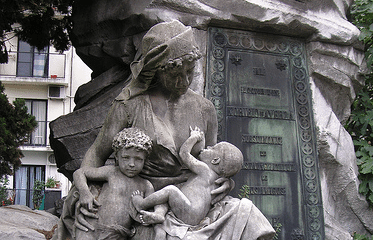 Yes. ProblemS. Plural problems. After suffering through chronic low supply with my first baby, I ended up with oversupply this time around. And while I would definitely choose the latter over the former if I had to, I must say that neither condition is particularly fun.

If you’re here looking for magical supply cures, I doubt I have anything you haven’t heard of before. Fenugreek, Mother’s Milk Tea, More Milk Plus, brewer’s yeast, Guinness, Domperidome, Reglan, pumping. I tried pretty much everything. My baby did not gain enough weight on my milk alone. He was always hungry after nursing. I went back to work and pumped and pumped and pumped for nothing and after two months of that I simply had nothing left.

Here’s something though, that maybe nobody had told you, or at least put out there as a suggestion. It might not be *your* fault. Anger at our bodies’ apparent “failure” to provide enough sustenance for our babies seems to be a common thing among sufferers of low supply. I felt terrible. Clearly, my body let my son down. I tried to remind myself that he was so big (9 pounds, 15 ounces) and that maybe that had something to with it — there was no gradual ramping up with him, he just wanted milk and a ton of it. But then I would blame my body again, this time for growing a baby too big for me to nurse.

As Noah has grown and his many many special little quirks and needs have been evaluated and classified and defined, it finally dawned on me that he simply wasn’t a strong sucker. He learned to latch just fine, but he couldn’t suck very well. He’s had a ton of issues with his oral motor skills, from poor muscle control/tone to hypersensitivity, and after the 20th occupational therapist inquired about his feeding patterns as a baby, I realized that it might not just have been that he preferred bottles with a fast flow nipple, and that his constant nursing strikes weren’t because there wasn’t enough milk — he simply couldn’t suck hard enough to get that milk, thus he got frustrated and refused to empty my breast. And thus my body took it as a signal to stop making so much milk. I tried to artificially increase my supply, but since I could NEVER seem to get anything while pumping, I simply assumed Noah was like…DRINKING the milk I managed to produce. He wasn’t. He’d nurse for a few minutes and then pull off and cry when his mouth muscles bothered him, and I’d curse my boobs once more and then oblige him with eight ounces of formula and a Level 3 nipple.

Now, goodness, I don’t want anyone reading this to think: I had low supply! My baby must have developmental problems too! OMG! I’m not saying that at all. I did have physical reasons for being predisposed to low supply (I have a lot of scar tissue from a botched cyst aspiration on one side), but it didn’t happen this time. I’ve read that sometimes damaged ducts will heal themselves with subsequent pregnancies and lactations, but still. The difference was like night and day. And I’m pretty sure that the different BABY had something to do with it. It was a weirdly healing realization for me, so if you’re still angry at your gimpy boobs and their weak attempt at lactation, maybe you can cut yourself some slack too. Blame your baby, that good-for-nothing freeloader. Get a job, baby!

I was so terrified of a repeat low supply performance that I packed a bottle of fenugreek supplements in my hospital bag. As soon as I was cleared for liquids after my c-section, Jason started making me cups of Mother’s Milk Tea. I rented the hospital-grade pump at Ezra’s first doctor’s visit and asked for a battle plan for maximum milk production. I continued with the herbal supplements and added in a ton of pumping — 10 minutes, both sides, after every daytime feeding. (And there were a lot of feedings.) I continued this craziness for an entire month, essentially tricking my body into thinking I had twins, or even triplets.

And oh, it worked. It worked too well. I made SO MUCH MILK. I could fill breastmilk storage bags in minutes on the pump. My breasts swelled to D cups. The sound of a sink faucet or even the briefest passing thought of Ezra’s face triggered a WICKED letdown reflex that tingled and ached. I stuck cabbage leaves in my bra and woke up at night in puddles of breastmilk.

And the worst was what it did to poor Ezra. He would gag and choke every time he latched on. He’d slow down at the end of the meal to sleep and the milk wouldn’t stop coming and he’d cough and cry. His stomach was upset and he spat up a lot. His diapers were full of brown and greenish sludge instead of the healthy mustard yellow breastmilk poops.

Sure, I could pump a ton of milk for grown-up dates nights…but I had to spend the majority of those grown-up date nights with my arms across my chest to stop the aching and the leaking. Sexy!

My lactation consultant assured me that it would regulate out eventually on its own. And it did — about a month later than all the books and breastfeeding said it would. She also told me to latch Ezra on while lying on my back, or at least leaning as far back as possible, to keep the milk from forcibly shooting down into his throat.

By the time my oversupply settled down, however, I’d gotten so USED to the sensation of engorgement and that crazy letdown reflex that I started to worry about low supply all over again. My boobs aren’t rock hard! I’m not leaking anymore! Quick, I need some fenugreek! It wasn’t low supply, but I seriously thought it was. Turns out I was simply this crazy thing called “normal,” where my boobs make exactly the amount of milk my baby wants to drink, no more, no less. Without the oversupply, I can’t really pump much, just like last time. When Ezra got his teeth and started biting me with some terrifying regularity, I swapped out one or two feedings a day with formula and BAM, that was pretty much the end of those feedings. Just like last time when I went back to work.

But every morning I wake up 10 minutes before Ezra wakes up. There’s no alarm or noise on the baby monitor — I just know. I just feel it. If I’m away from him at night, I don’t have to look at a clock to know exactly when it’s 8:15 pm and that somewhere my baby is settling down with his last bit of milk for the day. Not too much, not too little, but just right.