Dear Amalah,
After having three children and experiencing various degrees of hair lushness then hair loss (nothing radical), it has come to this: tendrils. God!!!
I wear my longish hair up every single day in a kind of messy topknot, which probably contributed to the tendril outbreak. But: now I have these horrid things to deal with (chin length, right above ear, about 1 inch in width, VERY curly when humid) that make me feel like Miss Kitty from a Gunsmoke episode. How, how, how to smooth these evil things back into the side of my head for attractive (ish) updos? And (intake of breath here), will they ever GROW OUT???? And make my hair normal again? I do believe that they have grown these past 6 months, but am not sure whether they’ll stop in this wretched place they are now. I will crown you the Tendrilizer if you can help.
Thanks much,
Kate
Dude, seriously, what is WITH THAT? Ever since having a baby and the dreaded post-partum-hair-fall-outiness, I’ve got these kooky…things around my ears. Mine don’t curl, but they are very annoying and weird and…yes, kooky. Like an overgrown sideburn that won’t grow past my chin and prone to frizz and static electricity. Can’t blowdry them, can’t fully tame them, can only hope that you’re not walking around with a big chunk of hair randomly sticking out at a right angle. I also have one on the back of my head, right in the middle of my neck — it’s just a few inches long and let me tell you, it looks AWESOME whenever I try to put my hair up.
*grumble*
So I suppose, according to the highly scientific control group of You and Me, this must be a fairly common phenomenon. I don’t know if they’ll ever grow out. Anyone out there still following a word of what I’m saying? About the kooky things? Around your ears? No?

Anyway, I’ve been dealing with mine a couple of different ways — to stop the weird fly-away bendiness, I use Bed Head After Party Smoothing Cream. Yes. I know. The packaging? Most unfortunate. This stuff is really light and soft, so it works well on the kooky things, which (for me, anyway) are really really fine. Mine are almost like baby hair, so thick goopy pomades and stuff aren’t an option. I don’t know if it’s got enough power to control the curl, but it might be enough to smooth them down for updos, especially if you use it before using hair spray. 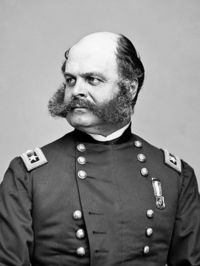 If your tendrils AREN’T super-fine like mine, then you might be able to use a stronger smoothing cream — a pomade or fiber– to keep them plastered to your head. I’ve used Bed Head Hard to Get on my cowlick, even though it’s supposed to be more of a “texturizing paste.” I just barely touch the stuff with my fingertips and then run them over the misbehaving chunk of hair. That’s usually enough to bend the hair into a stiff sort of submission, without weighing it down in a lot of product. (Which if you haven’t noticed, is my Priority One when dealing with hair right around my face.)
Other options that are springing to mind are Bumble & Bumble’s Styling creme or Grooming Creme, which contains silicone to protect from humidity. Although I’d recommend buying these products from a salon or store that will let you return them if they don’t work, since I’m probably basing my advice more on my hair type than yours, and without having you in front of me while I pull out dozens of hair products to see what works, I don’t know if any of these things are the perfect solution. () Next time you get a haircut, mention the kooky things to your stylist and see what he/she recommends — or just go to a salon when the curl is in full effect and ask if they’d mind letting you sample some of the stuff they sell to see how it does.