Twitter Facebook Pin It Email Article
Prev Don’t Call It A Comeback (Unless You’re a Mom, Then You Can) Next The Toxic Mother-in-Law & a Band-Aid Grandbaby 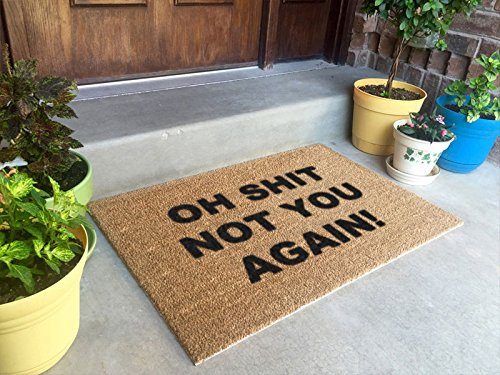 I really need your wisdom right now. I have found myself in a difficult situation with our neighbors. Over this past summer we met and started having playdates with a neighbor couple who adopted a son the same age as our 2½ year old. The parents are in their 50s, and the dad retired to stay home with their son. I also am a stay-at-home mom with one child. At first things seemed pretty good, the boys had fun together and despite a 30-year-age difference, I didn’t mind hanging out with the dad from time-to-time. But that all started to change. First, the neighbor boy started becoming physically aggressive towards my son, pushing him, throwing things at him, and smiling when he saw my son start become upset and start to cry. His dad would tell him to stop, so would I, but he didn’t listen and his dad did not enforce any consequences. In fact, this child has no rules at all. He just does what he wants, and his dad turns a cheek.

In addition to those issues, I started becoming annoyed with the dad as he would say things I found offensive, such as commenting on women’s looks, and referring to our non-white neighbors by their race instead of names. I just stopped enjoying the play dates completely. The trouble was that we had been getting together regularly for months and the dad was texting me and trying to make plans with us multiple times a week. He and his wife became obsessed with the idea of our boys growing up together and being best friends for life. At first I just went along with it and ignored my reservations because the boys had fun together most of the time and after all aggression is considered normal at this age. But as the dad became more and more persistent about getting together all the time I started to feel a bit smothered, and creeped out. I started trying to distance myself but he persisted and anytime I caved and agreed to get together it seemed to egg him on and he’d start texting me ALL the time. They even asked us to get together on holidays.

Finally I’d had enough of them and I didn’t respond to a couple text messages because repeatedly turning down invitations weren’t doing the trick. To my relief, he stopped texting me. And then a couple weeks later we ran into them at the library… and it was terrible. I tried to act normal and be friendly and cordial but he pretty much gave me the cold shoulder and wouldn’t make eye contact. Then his elderly mom (the grandma) who was there put a guilt trip on me saying that the neighbor boy had been asking to play with my son.

I don’t know what to do. They are my neighbors and live down the street from us. I want to have a cordial relationship with them, but I definitely don’t want to have to hang out with them all the time. And I feel like the the relationship between the neighbor boy and my son isn’t healthy for my son. What do I do?? Please Help!

So first of all, I feel your pain and neighborly social awkwardness. We had similar experiences in the past with not one, but two different sets of neighbors. One set of parents were perfectly nice, but their child was an undisciplined terror who I eventually had to ban from our home. We’re talking drawing on walls, purposely destroying toys, stealing money, etc. I was regularly marching him back to his house and having deeply uncomfortable discussions with his mortified but ultimately ineffectual parents.

Then there was a really nice, well-behaved kid who my boys genuinely loved playing with (not so much with the other one) and I excitedly latched onto the parents as potential friends. By the time my husband and I realized that…oof, maybe not, after all…we’d already set up expectations for regular grown-up get togethers and much awkwardness ensued when the invitations stopped on our end.

In the first case, the family eventually moved. In the second case, we moved.

So not the most helpful of examples, I suppose. But I have been there, and know how frustrating/annoying this type of dynamic can be. At least in your case, you’ve got the undesirable playmate AND irritating parent in one! So you are doubly entitled to not have playdates with these people.

Seriously, you have no obligation here to be anything other than how you were at the library. Friendly and cordial. Neighbor Dad has taken the hint and taken it personally, and well, that’s on him. Maybe he SHOULD take that hint and realize that 1) his son’s behavior needs to improve if he wants other kids to want to play with him, and 2) dude, chill with the texting and pushiness and casual racism.

It’s possible that this is a wound that time will heal, as Neighbor Dad gets over his snit of rejection and expands his social network to parents other than just you. (I don’t know if your boys have started preschool yet, but it sounds like it will be a much-needed experience for both him and his son.) Maybe the kid’s behavior will improve with age, and at some point the expectation that Both Parents Must Be Around & Present For Playdates goes away. You can absolutely leave the possibility open that the boys will be better friends someday while firmly keeping the parents in the neighbors-we-politely-wave-hello-to-but-are-not-BFFs-with category.

If you don’t want to ice them out completely (and enough time has gone by without texting/creepiness that you feel comfortable throwing him a bone), I would suggest group-type activities on neutral territory, where the focus is all on the kids and adult interaction is kept to a minimum. Like, “I think we might check out this new gym/swim/rockclimbing class/storytime/whatever. Maybe we’ll see you there!” Then stick with the no-texting expectation afterwards, and continue to decline any in-home playdates or invitations. Stay friendly and cordial but protect your own boundaries. Again, there’s a hint he needs to get, and it’s not your fault if that hint stings a little.

Depending on the child’s circumstances before the adoption (foster care w/ the adoptive family vs. fostered elsewhere vs. an institution, often common with international adoptions) some of the behaviors of the neighbor boy could be tied to that past. I’m not at all saying you should put up with it, but rather suggesting what you’re seeing could be something more than just an undisciplined toddler. The dad may be overwhelmed at adjusting to immediate parenthood, but the child is also undergoing his own major psychological adjustment without the verbal skills to express that. Regardless, though, you can’t become this man’s… Read more »