Twitter Facebook Pin It Email Article
Prev Setting a Romantic Example for Your Children Next Disagreeing on Number of Children: Dealbreaker? 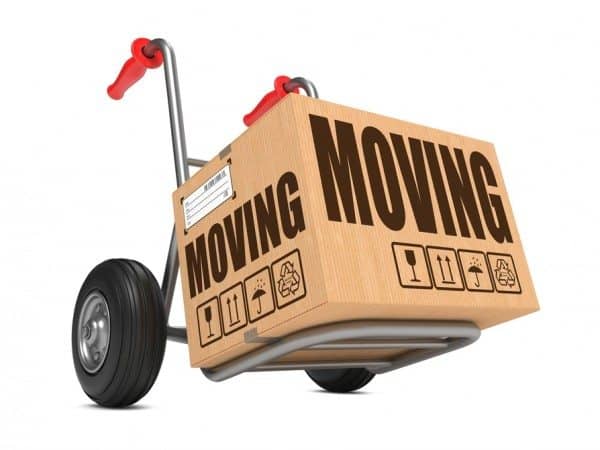 Don’t Move So Close To Me

I’ve almost written this email so many times and I think I know what I’m supposed to do. Maybe I just need reassurance?

My son is 4 months old. My parents currently live 3 hours away and want to move to my town, but haven’t told me yet. My husband and I Sherlock-ed this out since the baby’s birth. When they were visiting us, they left out real estate listings for our area. My dad let it slip once that they went to an open house in an adjacent neighborhood. I overheard my Uncle asking my dad when they planned on moving to. I know I can’t control where my parents live, as much as I would like to keep them at their current distance.

The real problem is that they drink. Adding to it, my mom is a terrible driver when sober. Accidents, speeding tickets, super-aggressive maneuvers on busy streets. I do not ride in a vehicle she’s driving.

My parents have had multiple drinks and then driven. I’ve been a passenger in the car when this has happened. There have been times when I thought their driving was impaired, but I never wanted to have the argument (I am clutching my pearls in retrospect). There were a couple of times that I knew they had too much to drink and were puking, but they didn’t drive then. They’ve never gotten a DUI or had problems at their job due to alcohol. They’re not fall down drunks. I keep thinking this isn’t so bad because they don’t drink every day. Isn’t it ok to have a couple of drinks? Part of it, I think, is their generation and maybe I don’t even know what normal parents are like. This actually looks really bad written down.

So yeah, these people are moving here and I wouldn’t be surprised if they waited until they closed on a house to tell me. They’re going to want to babysit and take the baby places. My mom really wants people to perceive her as a self-sacrificing grandmother, which means spending lots of time with my son. She’s kind of a strong personality, too, and will deny any past bad behavior as me exaggerating and being sensitive.

My husband stays at home with the baby and will continue to do so for the indefinite future. Regardless, we don’t need the type of babysitter my parents would be. I can’t leave a helpless baby in their questionable care. What do I do when politely declining their offers stops working? Do I just keep firmly saying no? Do I really have to have this conversation about their drinking? Can’t I just never leave my son alone with them? I’m willing to move to a different state to avoid having this confrontation, if anyone thinks that’s a good option. My job is very portable.

Thanks!
-I hear Texas is nice this time of year

Though for the record, I soooo completely understand. Confrontations are not my jam. I do not like them. I get antsy watching fictional TV characters have them, and those reality show reunions/political talking head shows where everybody is arguing with each other give me actual hives. It’s why I refuse to pick up the stupid telephone unless I absolutely cannot avoid it, because I always have this low-level anxiety that the person on the other end might decide to yell at me for some reason.

But you really need to talk to your parents. You need to manage some damn expectations, because otherwise they will continue to soar to new “we’ve bought the house next door and hired a contractor to build an underground tunnel between them!” heights.

You can table the whole “I think you’re both functional alcoholics” topic at first, but you’ve GOT to talk about this whole surprise-party-style moving thing. Because 1) that’s not cool, and 2) since it’s clearly become a bit of an “open” secret with multiple slip-ups, I’m guessing they assume you know and are taking your silence as approval. GAH. MAYDAY.

Ask them point-blank about their moving plans, and tell them that you’re worried some assumptions are being made that you need to clear up before things are set in stone.

THING #1: You are concerned about them making this move because your job is portable and there’s a high likelihood that you will be transferred to a different area at some point. Your boss has been discussing different opportunities elsewhere with you, blah blah blah.

Yes, this is leading off with a white lie but I think it might be an effective one, particularly if they’re still in the pre-planning stages and haven’t gotten super-serious about it yet. I admit my husband and I do this ALL THE TIME — we get it into our heads that X would be a cool place to move to, let’s look at some real estate listings, check out an open house, wheeee. Eventually we get hit with some reality — crazy high taxes! deceptive neighborhood data! all the beautiful houses online are actually built on a notorious haunted sinkhole! — and finally see all the flaws of that plan. If they think you guys aren’t actually permanently settled, they might be convinced to stay put. (For now, anyway.)

THING #2: You will not be giving them a key to your house and you will not be okay with unannounced visits and pop-ins. I know you didn’t bring this particular worry up, but I think it’s an essential boundary to have, especially when dealing with strong/pushy personality types.

THING #3: And this is the biggie. You will not be making any changes to your son’s childcare arrangements.

I’ve read your letter a couple times and I THINK they are mostly assuming they’ll get nights/weekends with him? Not asking to take over as nannies or something? Either way, I think a blanket statement about “childcare” in general is the way to go. You have a wonderful sitter you already use (IS THAT ANOTHER WHITE LIE? WHO CARES. PUT “FIND A WONDERFUL SITTER AT SOME POINT” ON YOUR TO-DO LIST.) and prefer keeping your arrangements professional.

This is probably the one that will get the most pushback, yes. They will ask why, or they will assume you will change your mind once they are there and offering. So I want you to practice this one. Firm and definitive.

If they push for a reason, I think you will need to finally be honest — there’s no other little white lie to cover it. Read up on the functional alcoholism (I’m guessing you’ll see a zillion familiar warning signs) so you can’t be made to feel like you’re overreacting or making stuff up. They’re the ones with blinders on, the unreliable narrators with a justification problem, not you.

Tell them their drinking concerns you, particularly their tendency to get behind the wheel while impaired, and their inability to admit that they even do this or that it’s a problem means you simply can’t have them babysit or drive your son places. They are functional but not sober, but that’s just not good enough for your peace of mind to use them as babysitters. If they want to spend time with him or go places, you or your husband will be there, and will be the ones driving. Their luck is not going to run out and rock bottom is not going to hit with your son in the car. If they swear that they’d never drink while caring for him, shrug and say that’s a great promise, but it’ll take some time before you’ll believe it. (See: staying sober while he’s awake, but thinking it’s okay to start downing drinks once he’s in bed asleep, etc.)

I know. I KNOW. You don’t want to have this conversation. But the longer you stay silent the more of a certainty it becomes that they will move closer with high hopes and dreamy dreams of zoo outings and weekend sleepovers that you will have to dash anyway. Talking to them NOW might at least possibly dissuade them from moving if they understand that things probably aren’t going to be as extended-family-sitcom-like as they’re imagining. And if they insist on moving, they can’t claim they weren’t warned that you wouldn’t let them babysit, and shouldn’t be surprised that you stick to your justified guns on that point.

And hey — long shot, but possible — maybe FINALLY hearing that their drinking is FINALLY having a negative effect on their relationships with you and their grandson will prompt them to re-evaluate and make some changes.