Twitter Facebook Pin It Email Article
Prev Baby Number Two: How Soon Is Too Soon? Next Don’t Move So Close To Me 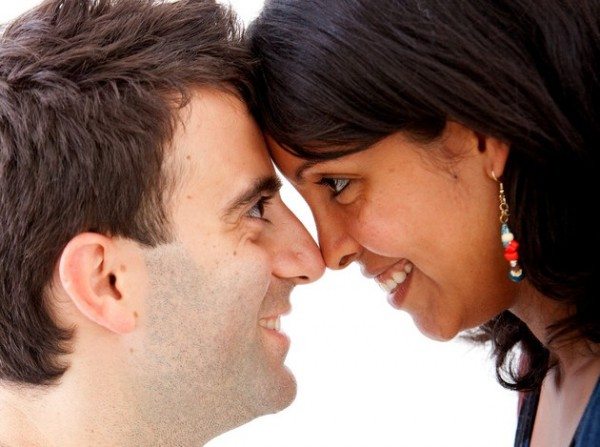 Setting a Romantic Example for Your Children

I’ve always liked the notion of teaching by example. Your words are less important than your actions, talking the talk is trumped by walking the walk, etc.

I try to set a good example for my kids in as many areas as possible. I still have giggle-inducing memories of that time period when my youngest refused to eat any food that wasn’t white or beige, and how I would sit at the dinner table and soliloquize on the deliciousness of my broccoli, and tomato sauce, and all manner of non-white foodstuffs. I would never suggest that he eat them, I just made a big fuss about how much I loved them. (It took a while, it’s true. But now, as a teenager, he eats almost everything and is always up for trying new foods.) “Do it this way” is simply never going to be as effective as just modeling the way you think it should be done.

When I got married the first time, I was 22. That’s a magical age (at least it was for me) where I thought I knew everything but there was so much I didn’t know that I had no idea exactly how dumb I was. I am also the child of parents who divorced, though it was a divorce that didn’t happen until I was an adult. To say our household was an unhappy one when I was growing up would be an understatement. And like any young adult who is self-assured of her own ability to Learn And Do Better, I thought I had a handle on How To Marry Successfully And Raise Kids Right because I’d paid close attention to the model before me and decided it was all wrong and I could do it better. (I would never write a book about my first marriage, but if I did, it would be titled, “Hubris and Inevitable Failure.”)

[Here I feel the need to pause and note that my folks and even my ex-husband did the best that they could. I wish we’d all been happier, but I think everyone is happier now, and this is not about blame. We’re all works in progress.]

Anyway, my first marriage didn’t work out as planned. There’s lots of reasons, obviously, and it’s complicated (isn’t it always?), and I feel like both of us—sometimes in tandem, sometimes not—fought for that relationship to be successful and ultimately it just wasn’t possible. I had gone into it believing that marriage is forever if you do it right. Eventually I concluded that I didn’t want my kids growing up in a household where their parents were unhappy; I’d been to that rodeo and can’t recommend it. So we divorced, and it was awful, and I’m sure it was hard on the kids (despite our best efforts to shield them), but I believe we’re all in a better place now. I believe it was the right choice.

My (second, current, and hopefully last) husband and I have been married for nearly seven years, now. That means my children have lived with the two of us for longer than they lived with me and their dad, and longer than they lived with just me alone. When they’re adults—which will be happening sooner than I like to admit—and they look back on their childhood, this house, this parental configuration is the one they will remember. This is the example they will carry with them, for better or for worse, into their own adult attempts at romantic partnership.

It’s not something I think about consciously, all that often, but it does sometimes occur to me while I send up a silent prayer that what my kids see helps steer them towards similar happiness. Because the bottom line is that we are happy, and my husband is my favorite adult on the planet. We like spending time together, but we also spend time apart, happily, on our jobs, and friends, and different interests. We value one another’s opinions, but are also okay teasing each other or poking fun about some things. We laugh a lot. We hug and kiss in front of the kids. Sometimes we fight, but not very often… and when we do, we fight fair (none of this “and now I shall bring up that thing you did two years ago that I’m still mad about!” nonsense), and calmly, and at appropriate times, and with respect for one another despite our differing points of view. We do our best to consult one another when it comes to decisions which affect the kids, and woe betide the child who tries playing one of us against the other.

Our life right now is a lot about raising the kids, by necessity, but also about our relationship as a couple. Balance is often elusive, but my hope is that by making each other a priority, my children learn that 1) they’re not the center of the universe and 2) making a partnered relationship healthy and successful is work but it’s also worth it.

So why am I thinking about this, today? This morning was a typical school morning, by which I mean that the kids were flitting around getting ready, I was packing lunches, and my husband was trying to make coffee because he knows I am incoherent until I have my coffee, but at the same time, the kitchen counter was strewn with lunch fixings and his job wasn’t easy. Because I hadn’t had my coffee yet (I feel the need to clarify this), at one point I went to the sink to rinse my hands at the same time that my husband was about to fill the coffeemaker with water. We have one of those kitchen faucets where you can pull down the the nozzle (it has a hose) and aim it elsewhere, so the usual way we fill the coffeemaker is to pull out the faucet and hold it over the reservoir rather than filling the pot and dumping it in. Well. Um. I went to the sink and turned it on, as one does, somehow completely missing the fact that my husband was holding the hose in his hands, about to fill the coffeemaker. Water went everywhere, all over the counter, the lunches, the floor, and my husband, in the unbelievably long two or three seconds it took me to realize what I’d done and turn it off.

My husband could’ve gotten mad—he was all wet, now, plus I’d made a mess—but as I crumpled to the floor because I was laughing so hard at my own stupidity, he just shook his head and reached for a towel, first suggesting that I “try a little situational awareness” and then adding that if I felt he needed a second shower, I “could’ve just said so.”

We finished cleaning up and I kissed him, grateful for his good humor. My son saw the whole thing (he came to check on me on the floor while I was laughing, to remind me to breathe, too). The example, I hope, is one of good humor and lots of love. I’d be more than okay with that being our legacy.