Twitter Facebook Pin It Email Article
Prev Having a Midlife Crisis? Here’s What To Do. Next The Gift That Keeps On Giving: In-Law Drama 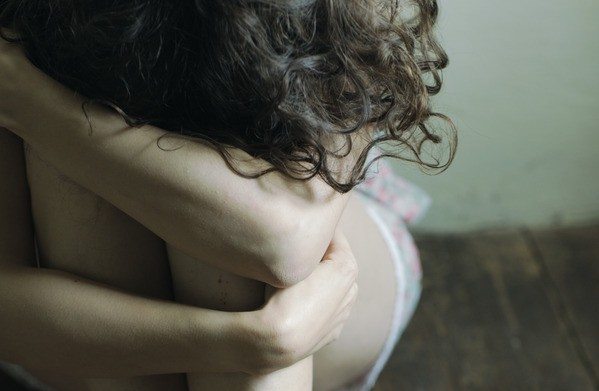 My husband and I have a high-energy 21 month old. I stayed home with her for the first 9 months, and pumped multiple times per day when I started my out-of-the-home job, until she was 15 months old. The entire first year, it felt like she never slept. Which meant I never slept, because breastfeeding. Hubby would take a shift with a bottle sometimes, but as much as she woke up and wanted milk, the most sleep I got that first year was a couple hours here and there. It literally drove me to the brink of insanity, deep into postpartum depression. I’m only just now climbing out, and he didn’t let me sleep without guilt, or pump less than 3 x per day at work without guilt, or supplement with formula without guilt, or even mention the idea of sleep training (a battle I still lose) without guilt. To quote him, I “never put our daughter first”.

My husband is also a Reservist, so he’s gone between 2-4 days a month, and sometimes a week or two at a time for trainings. Other than that, he’s a full-time SAHD. I have used up almost all of my PTO (personal time off or paid time off) to stay at home with our daughter when he has to be at drill. The other few days have been sick days. Recently, a flu bug went around our house. Our daughter was sick, but active, then I got so sick I could literally not stand, and he got sick a few hours later. We were both sick all day and our daughter was feeling better, so she was rambunctious, but I was definitely down for the count, so he took over for the whole day and let me sleep, which I love him for. The next morning I was feeling better, or at least well enough to get through my work day, and I went to work, only to be barraged by angry messages that he was feeling so much worse, and the baby is getting sick again, and how could I go to work and leave him stranded with a sick baby when he can hardly stand. I want to be sorry and sympathetic, but I feel it is unfair to be so rude and abrasive. He never asked me to stay home, and he was at least at a functioning level the night before, so I had no idea what the next day would bring. I’m a manager at a small-ish company, and I left early the week before, sick, then called in another day, and I felt I had to show up that next day. Plus, my PTO is down to almost nothing….

And that brings me to this: My last hours of PTO are for 2 days that he’s going to be gone visiting his mother on the East Coast in December. I treasure those days. I covet those upcoming days, probably more than I should, because it means I actually get to be ALONE for the first time since our daughter was born. He’s pissed because he wants me to dip into those days. He’s outraged because I didn’t consider using those for ‘family time,’ and cue how selfish I am, always putting myself first. But all I want is some peace and quiet to recharge. Does it make me a bad partner and mom to take those days off—away from my family, holed up in a quiet, clean house, binging on Netflix? Should I have stayed home with him when he was sick, and used up a whole precious day? How does someone who is desperate for time away, alone, balance never ever getting that, and stop a growing resentment?

He is a wonderful, amazing, kind, caring Father, and he tries to be those things for me, but we are completely opposite with our needs. Being parents really brings those differences into the spotlight like never before. He just doesn’t understand my desire to be alone sometimes, even though I never get that. Maybe I was naïve to think motherhood would still allow me that, occasionally, but I felt I could forage enough to stay happy. I am not happy. I am starving.

*stands up instead and  leaves the room*

*sits back at computer*

So your husband is a “wonderful, amazing, kind, caring father.” That’s great, but he sounds like a lousy husband. Harsh and extra Smackdown-y, but there it is. The way he’s treating you is gross and controlling and I DON’T LIKE IT.

Let’s run through your letter and pick out the OTHER adjectives you used in your letter, every time you described how he interacts and communicates with YOU, his wife and partner:

And yet you’re asking me if wanting the occasional alone time/mental health day makes YOU the selfish asshole in this scenario? You, the one who is still recovering from PPD, the one who he “guilted” into an overly taxing/exhausting breastfeeding/pumping schedule, the one he continues to guilt trip over simple parenting choices rather than find compromises? Meanwhile he’s hurling verbal insults at you seemingly every time he’s unhappy or sick (aw, poor baby! home sick and caring for a sick child because the out-of-the-home working parent had to go to work? WELCOME TO LIFE, DUDE)…or worse, whenever you dare to have an opinion or need that doesn’t line up perfectly with his own.

(Oh, and for all the other non-OP readers out there, let me tell you that the subject line of her email was “Am I a selfish mother and partner?” Is your head exploding yet? Just a little bit. I thought so.)

Dear, dear OP: No. NO. You are NOT selfish for needing time alone. You are NOT a bad partner or mom because you need (or just plain WANT) to take a couple mental health days to Netflix and chill. You are a wife and a mom but also a human being, and a human being who has had a damn rough 15 months or so and DESERVES whatever kind of break you want.

And you also deserve a partner who GETS THAT. And who doesn’t go straight to his little outrage box to pull out tirades about you being selfish or “always putting yourself first.” I mean, I get that we’re only reading one side but in all the fights/incidents of contention detailed here there is not ONE SINGLE INSTANCE of you actually putting “yourself” first. (Going to your damn out-of-the-home JOB doesn’t count as “putting yourself first,” either, my lands.)

Here’s how a good, supportive, unselfish partner would respond to the following conversation:

“I’m exhausted. I need a break. I am not happy. I am starving for some time alone and more sleep and I am worried that my mental health will suffer if I don’t get some.”

“OH MY GOD LET ME TAKE THE BABY FOR TWO DAYS TO VISIT MY MOM WHILE YOU STAY HERE AND REST, I HAD NO IDEA YOU WERE SO STRESSED. I’M SO SORRY. PLEASE TELL ME HOW I CAN HELP, O YE WONDERFUL MOTHER OF MY CHILD.”

Instead, you get guilt-tripped. You get called names and told you’re a bad parent.

At the very least, some couples counseling is in order to sort through your different parenting styles. I would insist on that, outside of the PTO disagreement, because he needs to respect your parenting style rather than try to guilt you into his.

It’s awesome that he’s a great father and puts your daughter’s needs ahead of his own (I mean, I guess he does?), but there’s a way to do that WITHOUT demoting your partner to some kind of second-class citizen within her own home, unable to make any parenting decisions on her own or even say NOPE to decisions that she disagrees with or are making her unhappy. (I am SO weirded out that he guilt-tripped a woman with PPD over pumping and formula aka things that involved HER OWN BODY.)

If you simply needed assurances from a neutral third party that you’ve not being a selfish mom or wife, well…you got it. You got it a lot. Now I would suggest you step back, re-read your letter and look at your husband’s overall behavior and treatment of you in general. I suspect this goes much deeper than an argument over two measly days of PTO if his default reaction to every disagreement is to pull the “selfish” card. He strikes me as the type who won’t be super jazzed about therapy/counseling, but hopefully I’m wrong and he’ll be willing to work with you on things. (Update: please see below from smart advice from a counselor in the comments section below about first steps before pursuing any sort of couples counseling).

And you know? Who cares if you ARE selfish sometimes! Isn’t everybody, every now and then? Who cares if you want to treat yourself to a mini-staycation (using a benefit nonetheless)? Who cares if you want to be selfish in a way that hurts ABSOLUTELY NO ONE? You’re a mom, not a Stepford Wife. And if that’s what he wants or expects…man, it’s 2015 and they already did that remake and the concept is dead. Let your wife be a human being and get some much-needed R&R already.