Twitter Facebook Pin It Email Article
Prev Prop 8: Where do you Stand? Next What do you think will happen on Election Day?
Your Life

How to Stay Friends When You Can’t Stand Her Kid.

You may have very legitimate reasons for bristling at your BFF’s TTK (Totally Terrible Kid). The sooner you establish what’s rubbing you the wrong way the sooner you can figure out how to handle it. Take into account the child’s age. A whiny three-year-old is annoying, a whiny ten-year-old is unbearable.
Most of all, if the reason you can’t stand her kid is because he hurts your child (physically or emotionally); you are absolutely absolved of any guilt. Play dates are officially off the table. 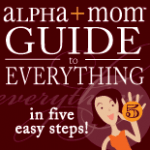 Most likely you became friends B.C. (before children), so you don’t want to sacrifice years of history. The solution, limit your get-togethers to just the two of you (or dinner out as couples). Even though she’s likely to suggest play dates as the easiest way to catch up, be prepared with an arsenal of plausible excuses. Now is the time to invoke your child’s busy schedule or a previously planned play date followed immediately by “but let’s make a date for lunch.”

You may have to put on an Oscar worthy performance, but try to retain an air of pleasantness even when you feel like screaming “Seriously!?” at her son’s horrible behavior. If you roll your eyes or say something snarky to her child she is bound to feel judged and will channel her resentment and anger at you.

As a close friend, and fellow mother, occasionally she may vent about her son. Although it appears that this is the perfect opening to address some of your “observations” and offer advice it is not. Remember back when she was sobbing on your couch after a particularly bad fight with her boyfriend? Remember how you told her exactly what you thought of him only to be mortified the next day when they made up?
Well, boyfriends come and go, but a child is forever so criticizing your friend’s kid is completely off limits. She can call him the “devil spawn,” you simply smile and say “they all have their moments.”

5. Put down the gavel and stop judging.

Your friend’s son may not be your cup of tea, but that doesn’t mean it’s a universal truth. Your opinion of him is simply that, your opinion. And who knows, you may have a friend out there who’s suddenly suggesting a lot of lunch dates. The best, and most long-lasting, friendships are built on love, understanding and the sense to know when honesty is not the best policy.