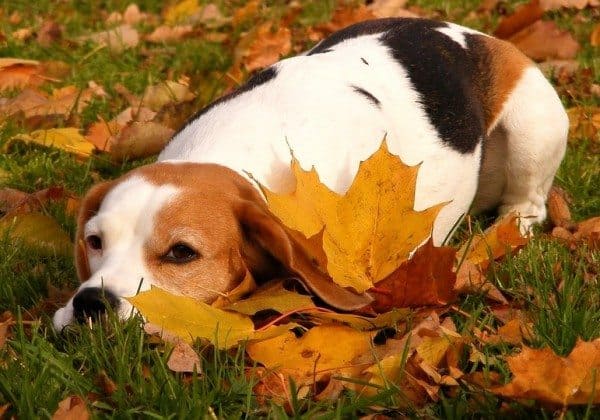 Dogs Are Easier Than Teenagers (Sometimes)

I’ve come to believe that there are Dog People and there are Not Dog People. Dog People totally get my devotion to my two furry children, and if they, too, have teenagers, they really get it. Not Dog People will ask if they aren’t too much trouble and with all we have going on, aren’t the dogs a hassle? You know what’s a hassle? Standardized testing in our schools. The fact that one of the kids’ doctors only ever has available appointments in the middle of the day. Snow. Running out of milk. Those things are hassles. If you’re a Dog Person (Hi, my name is Mir, and I am a Dog Person)—and I’d like to remind you, here, that I both work from home and have two teens—there’s no hassle in sharing space with two furry lumps of persnickety love who think you’re the greatest simply because you possess the dexterity to open the treat jar.

Dogs are uncomplicated. Sometimes they’re expensive and sometimes they move off the linoleum specifically to puke on the carpet and sometimes when it’s raining they refuse to go outside to potty (wait; it’s possible that last one is just my dogs), but they’re not complicated. I appreciate that about them, more and more, as my human children continue growing both taller and more perplexing.

It’s possible that after my daughter and I rescued a dog that was wandering in the road I believed my inherent Dog Person-ness rendered me irresistible to dog-kind. I’m not saying it was hubris, exactly… but… okay, maybe it was a little hubris. I love dogs, and dogs love me. Nothing wrong with that, right?

I spend more of my days at the desk in my home office, which positions me at a window overlooking our backyard. Our property backs into a forest and our yard has hosted all manner of critters, so it’s not that unusual to look up and see visitors eating our grass. One day last week, some motion caught the corner of my eye, and I looked up. A small beaglish mutt was snuffling her way through the dead leaves at the far end of the yard, just before the tree line. I watched her for a minute—it looked like she was tracking something, but maybe not—and waited to see if anyone came after her. No one did. So I opened the door to the porch and stepped outside, at which point she sat bolt upright, looked at me, and took off like a shot through the woods.

I didn’t realize until after that my dogs hadn’t even noticed her. They’re happy to bark at deer, squirrels, the mail carrier, and also lint in the air, so I found it strange that they hadn’t heard her (or hadn’t reacted).

By that evening I’d forgotten all about the beagle, and didn’t mention her to anyone. The next day she came back again, and came a little closer to the house, and this time I could see that she looked pretty healthy (good) but had no collar (bad). This time I went out onto the porch as quietly as possible, and she ignored me for a few minutes and continued shuffling along on the dead leaves.

“Hey, baby,” I called, trying to hit the right volume for her to hear me but not be scared. “Whatcha doin’?” She stopped, looked up at me, then returned to the leaves. “Pretty girl,” I called. “Do you want a treat?” She stopped again, looked at me, and then… took off through the woods. I walked out to try to figure out where she’s been going and/or where she’s coming from, but it was impossible to tell.

That night I told my husband about the dog. “No!” he said. “You can’t have her!” I laughed a long time at that. I don’t want another dog. (And I definitely don’t want a beagle; sorry, if you love your beagles, but they are one of my least favorite breeds. I think they’re very sweet but they smell.) I’m just worried about her. Stray dogs make me sad because, remember, Dog Person here, and also I am a giant sap. What if she gets run over by a car? Or attacked by other animals? When he realized I wasn’t lobbying for another pet, my husband suggested a few different ways I might be able to lure her into our (fenced) run with some food, but all of them involve getting close enough to close the gate behind her, plus that would mean our dogs might get out. Hmmmm.

The mystery dog continues to appear every day. I can stand on the porch and talk to her for a while, now, and that doesn’t seem to bother her. If I open the door to descend the porch stairs to the yard, though, she leaves. My two doglumps continue to act as though she isn’t there, so I’ve just about convinced myself this dog is an apparition. I’m the only one who’s ever seen her! I always figured I’d eventually sink into senility in my old age, but maybe it starts with a ghost dog, instead. I can spend my days trying to corral two dogs who believe I’m a treat dispenser and two teenagers who believe I’m the most annoying person on the planet, but while the teens are at school and the dogs are napping, it’s just me and the dog who doesn’t want to be saved. (Okay, in fairness, she’s scared and has a brain the size of a ping pong ball… if she’s real.)

The thing is, I know what to do with a stray dog. If she would come to me and let me feed her I could make sure she’s okay. She’s determined to be on her own, though, which… hmmm… sort of reminds me of some other creatures in my daily life….

I guess I could go down to Animal Control and borrow a live trap. We’ve been discussing whether or not that’s a good idea. I mean, it is a good idea, I suppose, but only if the mystery dog actually exists. I’m sure she does. Probably she does.

Heaven knows I have plenty to worry about aside from this stray dog. So why am I so worried about her?